Fred Guttenberg, whose daughter was killed in Parkland shooting, removed from State of the Union 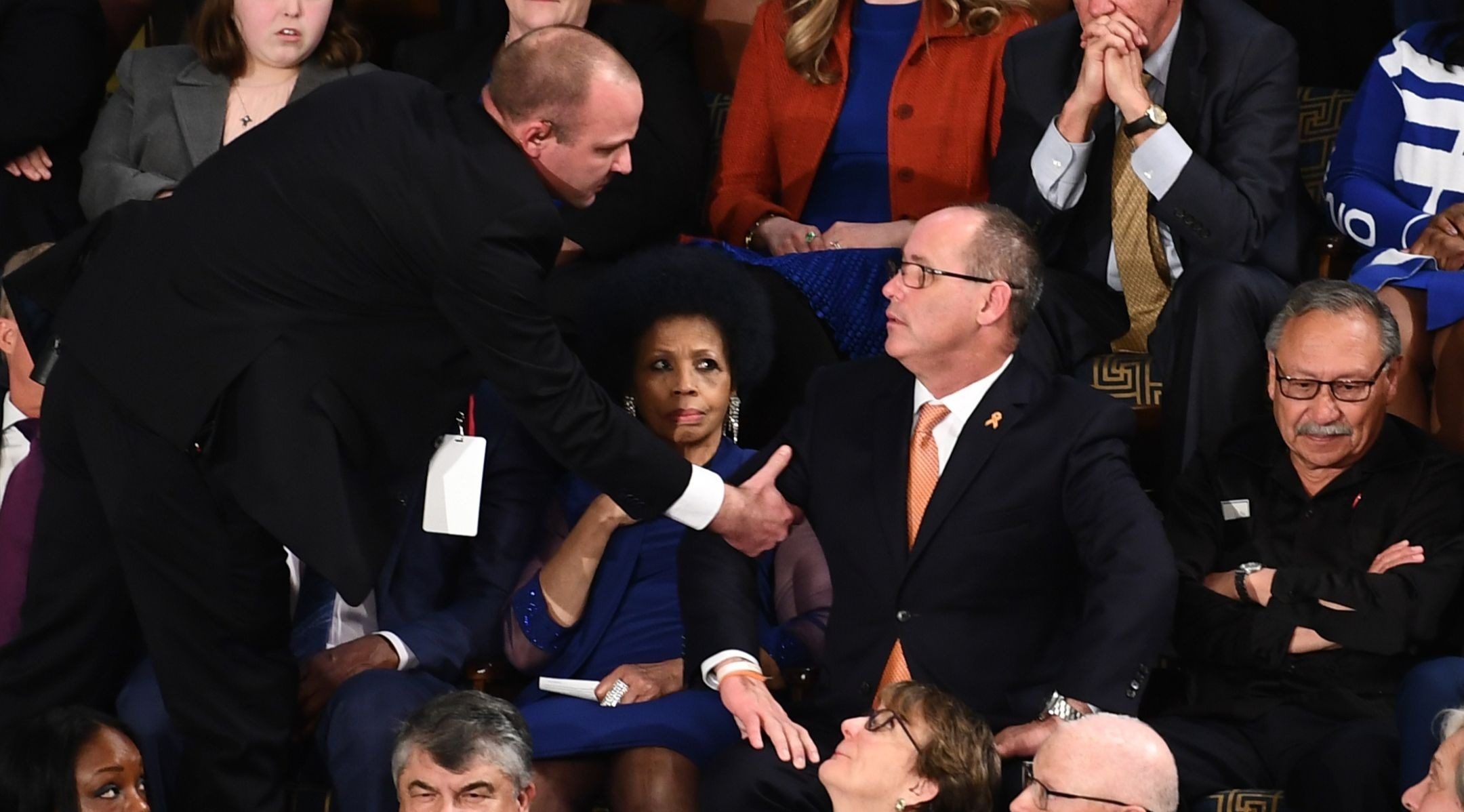 Fred Guttenberg, whose daughter Jamie was killed in the Parkland, Florida school shooting, is removed after his outburst during President Donald Trump's State of the Union address on Feb. 4, 2020. (Tom Williams/CQ-Roll Call, Inc via Getty Images)
Advertisement

(JTA) — Fred Guttenberg, whose daughter was killed in the  2018 mass shooting at a high school in Parkland, Florida, was removed from the State of the Union address after yelling out in protest when President Donald Trump spoke about gun rights.

“Just as we believe in the First Amendment, we also believe in another constitutional right that is under siege all across our country. So long as I am president, I will always protect your Second Amendment right to keep and bear arms,” Trump said, prompting Guttenberg’s outburst.

He was escorted out of the House chamber by Capitol Police.

Jaime Guttenberg, 14, was one of 17 students and teachers killed in the shooting at Marjory Stoneman Douglas High School. Guttenberg since the attack has been fighting for gun reform as a way to keep alive his daughter’s memory.

“Tonight was a rough night,” Guttenberg said in a tweet later Tuesday night. “I disrupted the State Of The Union and was detained because I let my emotions get the best of me. I simply want to be able to deal with the reality of gun violence and not have to listen to the lies about the 2A as happened tonight.

“That said, I should not have yelled out. I am thankful for the overwhelming support that I am receiving. However, I do owe my family and friends an apology. I have tried to conduct myself with dignity throughout this process and I will do better as I pursue gun safety.”

Guttenberg was a guest of House Speaker Nancy Pelosi, D-Calif. He also attended Trump’s 2019 State of the Union address as Pelosi’s guest.

.@fred_guttenberg lost his daughter in the Parkland shooting and has worked every day since to end gun violence.

Tonight he stood up to a president that believes peace and the second amendment are mutually exclusive and was removed.#ImWithFred pic.twitter.com/RprctMp2iE