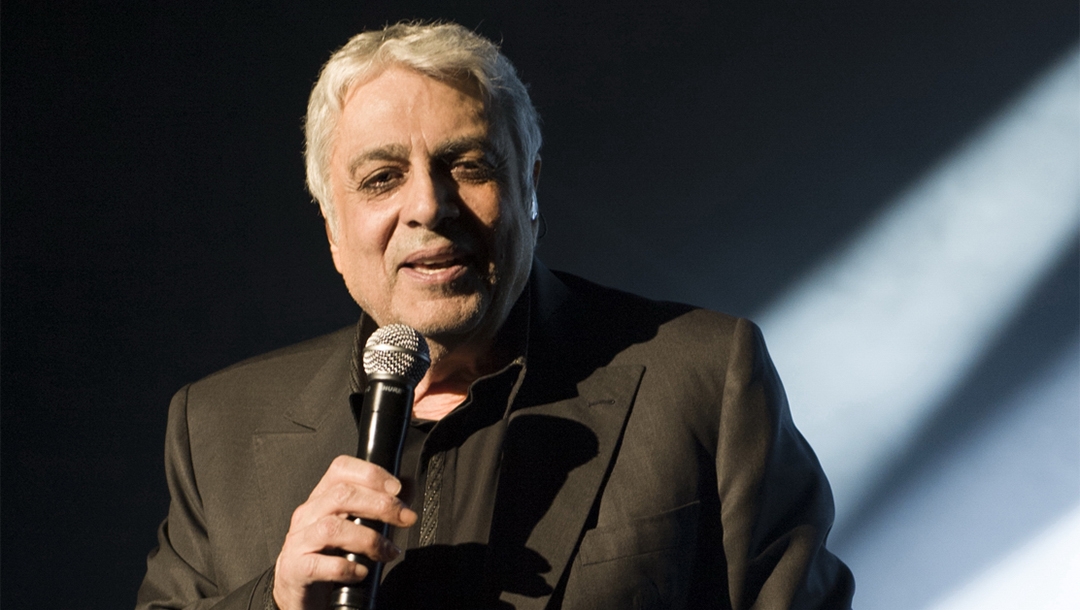 Enrico Macias sings at a concert in Paris in 2016. (Wikimedia Commons)
Advertisement

(JTA) — Enrico Macias, a well-known French-Jewish singer, said he would immigrate to Israel if the far-right politician Marine Le Pen is elected president in 2022.

Le Pen, leader of the National Rally party, wrote on Twitter on Sunday that Macias’ pledge is “a good additional reason” to vote for her, adding a winking emoji.  The Union of Jewish students in France, or UEJF, called her tweet anti-Semitic.

The exchange began after Macias, an 81-year-old Algeria-born performer who is one of French Jewry’s best-known personalities, told Radio J on Sunday that he would make aliyah, or immigrate to Israel, if Le Pen wins.

“I’m not staying,” he said when asked if he would leave. “I don’t know where I’d go, but Israel in any case is the only place for a Jew living in the world could hope for. ‘Cause when we were persecuted, it was Auschwitz. Now it’s Israel. Fortunately, we have Israel.”

Marine Le Pen’s father Jean-Marie Le Pen, who founded National Rally, is a convicted Holocaust denier, and Marine kicked him out of the party. His daughter has insisted she does not share his anti-Semitic beliefs, but the party, which has a strong anti-immigrant stance, has been dogged by allegations of anti-Semitism.

The UEJF, which is widely seen as left-leaning, wrote on Twitter: “Drive away your nature, it comes galloping back. Once an anti-Semite, always an anti-Semite.”

A recent national poll suggests that Marine Le Pen has broadened her base of support following a historical success in the 2017 elections, in which she advanced to a second round runoff against Emmanuel Macron.