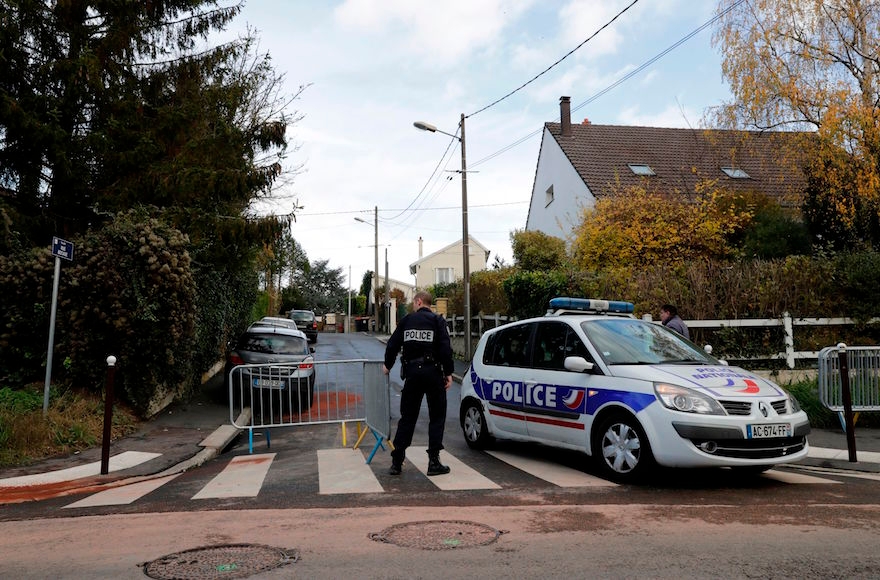 (JTA) — A man who told police in France last year that he had stabbed his neighbor because he wanted “to kill a Jew” was found unfit to stand trial.

He is the latest French defendant who has successfully used an insanity defense for an alleged anti-Semitic crime.

The 20-year-old stabber, whom French media have not named, told a judge that robots told him to “kill a Jew, who was the reincarnation of Adolf Hitler” before the attack in April 2019 in Bourdon, some 100 miles north of Paris. The man stabbed one of his neighbors, a 58-year-old man who is not Jewish. The victim survived the incident with moderate injuries.

The perpetrator was deemed to be not criminally responsible for his actions due to psychiatric problems, and was ordered to remain at a psychiatric hospital, French publication Contact FM reported Tuesday.

In recent years, several perpetrators of allegedly anti-Semitic attacks have successfully used insanity defenses that allowed them to avoid standing trial for their violence. Many French Jews and organizations have protested these cases, which they say reflects a reluctance by the judiciary to confront anti-Semitism.

Last year, a French appeals court made a similar judgment regarding a man who killed a Jewish woman in her home while shouting Quranic verses and calling her a “demon” because he had a “delirious episode” brought on by his consumption of marijuana. The judge in the case also determined that the man, Kobili Troare, was anti-Semitic.