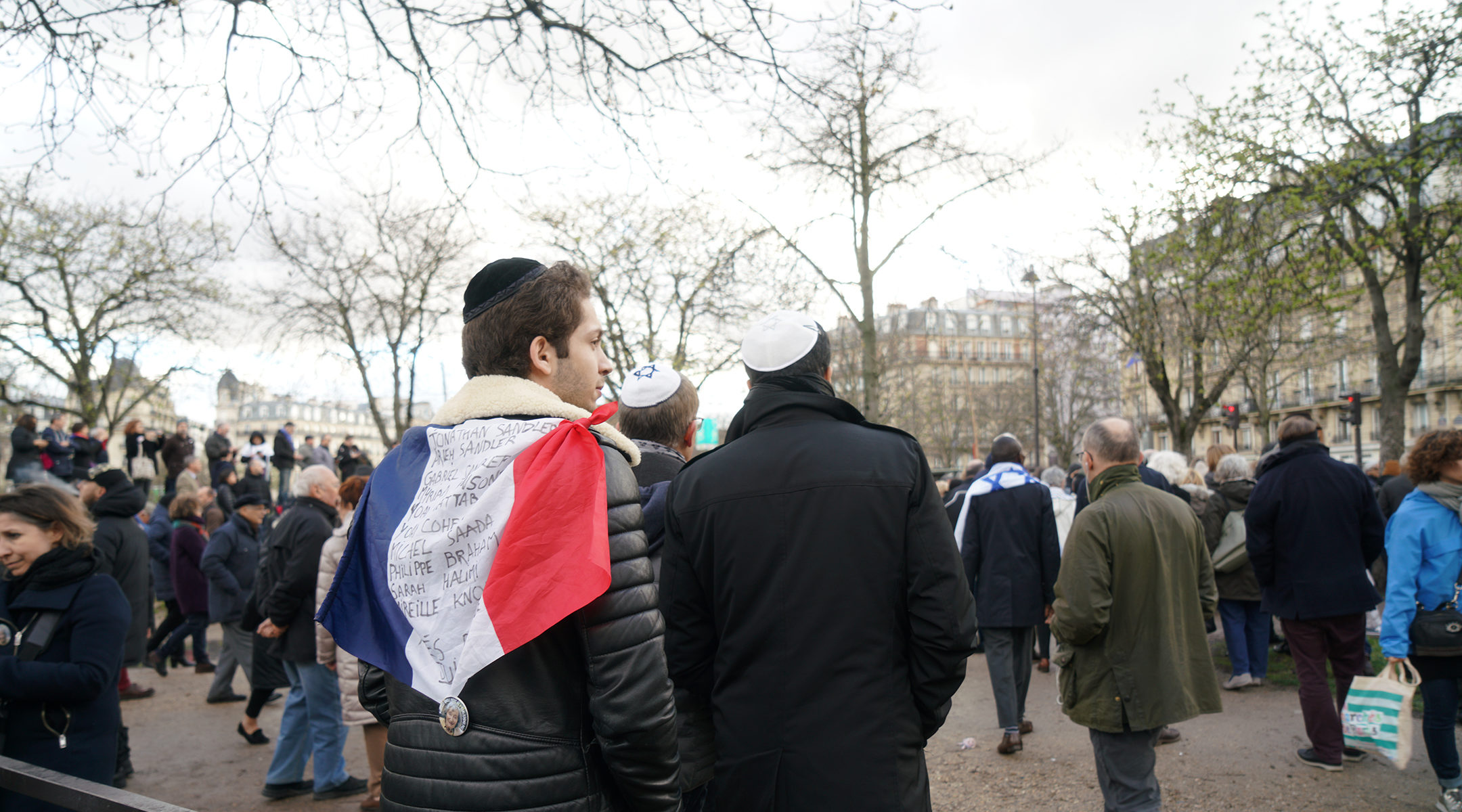 (JTA) — An appeals court ruling that a man who killed a Jewish woman in her home while shouting Quranic verses is unfit to stand trial is prompting outraged reactions from French Jews who fear it sets a dangerous precedent that will undermine the fight against anti-Semitism.

Kobili Troare admitted to killing 67-year-old Sarah Halimi in 2017 in a long and gruesome beating in which neighbors heard him quoting from the Quran and calling his victim a “demon.” But despite Troare having no history of mental illness, the Paris Appeals Court earlier this month upheld a lower court ruling that Traore is unfit to stand trial because he had a “delirious episode” brought on by his consumption of marijuana. The judge in the case also determined that Troare was anti-Semitic.

It “left me speechless,” Francis Kalifat, the president of the CRIF umbrella group of French Jewish communities, wrote last week in an emotional open letter to the head of the court.

“Does the court wish to set a new jurisprudence in our country, making cannabis, which is normally an aggravating factor, a mitigating one for an anti-Semitic murder?” Kalifat asked.

Traore is not the first killer of Jews to avoid standing trial in France. In 2003, Abel Amastaibou told his mother that he was “going to heaven” for killing a Jew after stabbing Sebastian Selam to death. Amastaibou, a Muslim, was found unfit to stand trial despite having no prior history of mental illness.

In 2015, another Muslim with no prior history of mental illness, Farid Haddouche, was deemed unfit to stand trial for stabbing Jews in Marseille — though further inquiries, conducted amid an outcry, ultimately led to his sentencing to four years in jail.

In his letter, Kalifat wondered whether the court ruling was driven by a desire to avoid addressing the role of Muslim anti-Semitism in the targeting of Jews in France while adding he couldn’t bring himself to believe this was the case. Gilles-William Goldnadel, a former member of the CRIF executive board and a lawyer representing the Halimi family, had no such qualms.

The ruling on Traore “was an ideological decision born of a great reluctance to condemn those deemed as society’s victims,” he told reporters.

The case “destroyed my confidence that anti-Semitic hate crimes in France are handled properly,” Sammy Ghozlan, a former French police commissioner who now heads the BNVCA anti-Semitism watchdog, told the Jewish Telegraphic Agency. “There have been a series of massive failures unlike any I’d seen.”

Ghozlan’s investigation led to the discovery that several police officers had stood outside the door of Halimi’s apartment while she was being pummeled by Traore. Neighbors had called the police upon hearing the commotion, but the officers stayed outside due to what a police spokesperson later said was concern about “terrorist activity.”

“I personally believe the decision to not prosecute Traore is to avoid scrutiny of how police performed that night,” Ghozlan said. “It’s the only explanation I can think of to a chain of events that is otherwise inexplicable, at least to me.”

The decision not to prosecute Traore was based on three rounds of psychiatric examinations that determined he was not responsible for his actions because the cannabis had induced a “delirious episode,” which the appeals court stated did not subtract from the fact that his actions were the result of anti-Semitic bias. Some of the psychiatric evaluations were ordered by the judge evaluating the case and not at the request of Traore’s lawyer.

Prosecutors disputed the claim that Traore was not in charge of his faculties when he killed Halimi. But even if he were, the prosecution argued in June, by “voluntarily consuming” marijuana, Traore “directly contributed” to his delirium and is therefore criminally liable for his actions.

Halimi’s killing on April 3, 2017, came just three weeks before the first round of a presidential election in which Marine Le Pen, the leader of the far-right National Rally party and a fierce critic of Islam, took one-third of the vote. Many French Jews believe the media swept the case under the carpet in order not to give fodder to Le Pen’s campaign.

The killing was reported at length in the mainstream French media only two months later, largely thanks to an open letter by 17 of France’s foremost intellectuals.

“Everything about this crime suggests there is an ongoing denial of reality,” they wrote.

Only in September 2017 did prosecutors for the first time say that Traore’s actions were the result of anti-Semitic hatred, a claim the judges who deemed him unfit to stand trial accepted in their reasoning.

The case has brought back “bad memories,” according to Shmuel Trigano, a French Jewish author and researcher well-known for chronicling how the French authorities ignored a wave of violent anti-Semitism in France in the early 2000s sparked by the outbreak of the Second Intifada in Israel. Daniel Vaillant, then France’s interior minister, later acknowledged that the incidents were squelched in order to “not pour oil on the fire.”

But French authorities have since grown less reticent as the death toll from Islamic militants has grown. In October, President Emmanuel Macron urged the country to be “vigilant” against the threat of Islamism following the slaying of four people by a Muslim convert at the Paris police headquarters.

Still, some critics see French authorities as reluctant to call out the Muslim role in violence against French Jews. According to BNVCA, most physical assaults on Jews in France are perpetrated by people from families that immigrated to France from Muslim-majority countries.

In its annual report for 2016, the French government’s human rights body, French National Consultative Commission on Human Rights, wrote that a “significant part of the anti-Semitic acts (actions and threats) pertains to neo-Nazi ideology, whereas in most other cases the perpetrators’ motivations are difficult to ascertain.”

The report did not mention attacks by Muslims.

The report also questioned the existence of a new anti-Semitism tied to animosity toward Israel, saying that if such an anti-Semitism exists, “then it pertains to a minority” of cases.