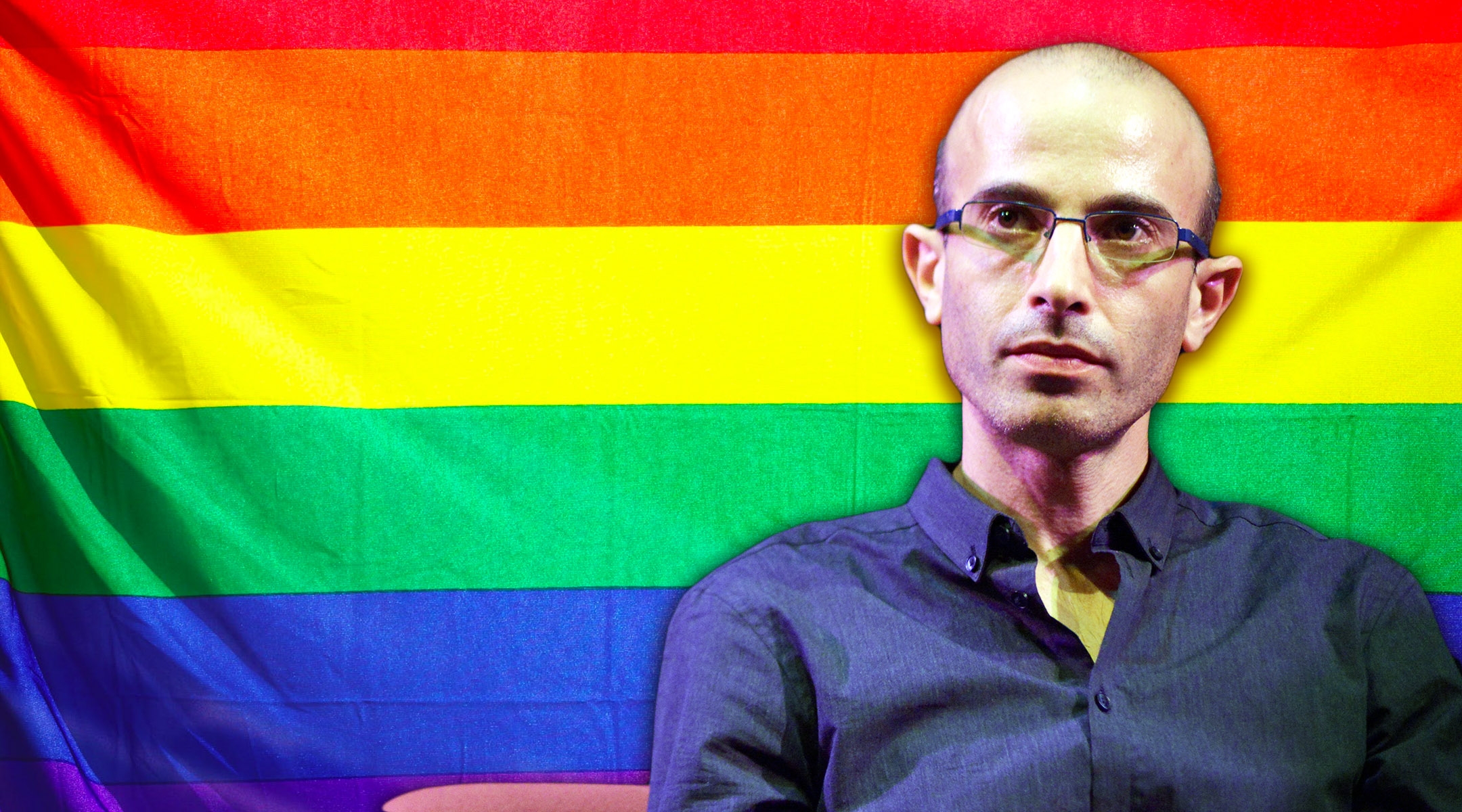 (JTA) — Yuval Noah Harari, an influential Israeli historian, warned that growing acceptance of homosexuality may inspire persecution in an age where sexual orientation is hard to hide.

In an op-ed published last week in The Guardian, the author of the bestseller “Sapiens” compared gay liberation to the 19th century emancipation of the Jews, which preceded the Holocaust.

“History rarely moves in a straight line,” wrote Harari, who is gay. “There is no reason to think that LGBT liberation will inevitably spread around the world, eventually reaching Saudi Arabia and Brunei. Indeed, violent homophobic backlashes are possible, even in the most liberal countries.”

“As a historical analogy, consider the situation of Europe’s Jews,” he wrote.

Harari prefaced his op-ed by acknowledging the progress made since 1969 toward tolerance of lesbians, gays and transgender persons.

“In the United States, the average Republican today holds far more liberal views on LGBT issues than the average Democrat held in 1969,” he wrote.

But he noted that  LGBT people are being scapegoated in Poland, Hungary, Russia and beyond with government encouragement. The persecution of gays was not a political issue 50 years ago, he wrote.

“People will not be able to escape persecution by retreating back into the closet, because new technologies are breaking it apart,” he also wrote.

This month marks the 50th anniversary of the Stonewall riots in New York, which are credited with sparking the gay rights movement.