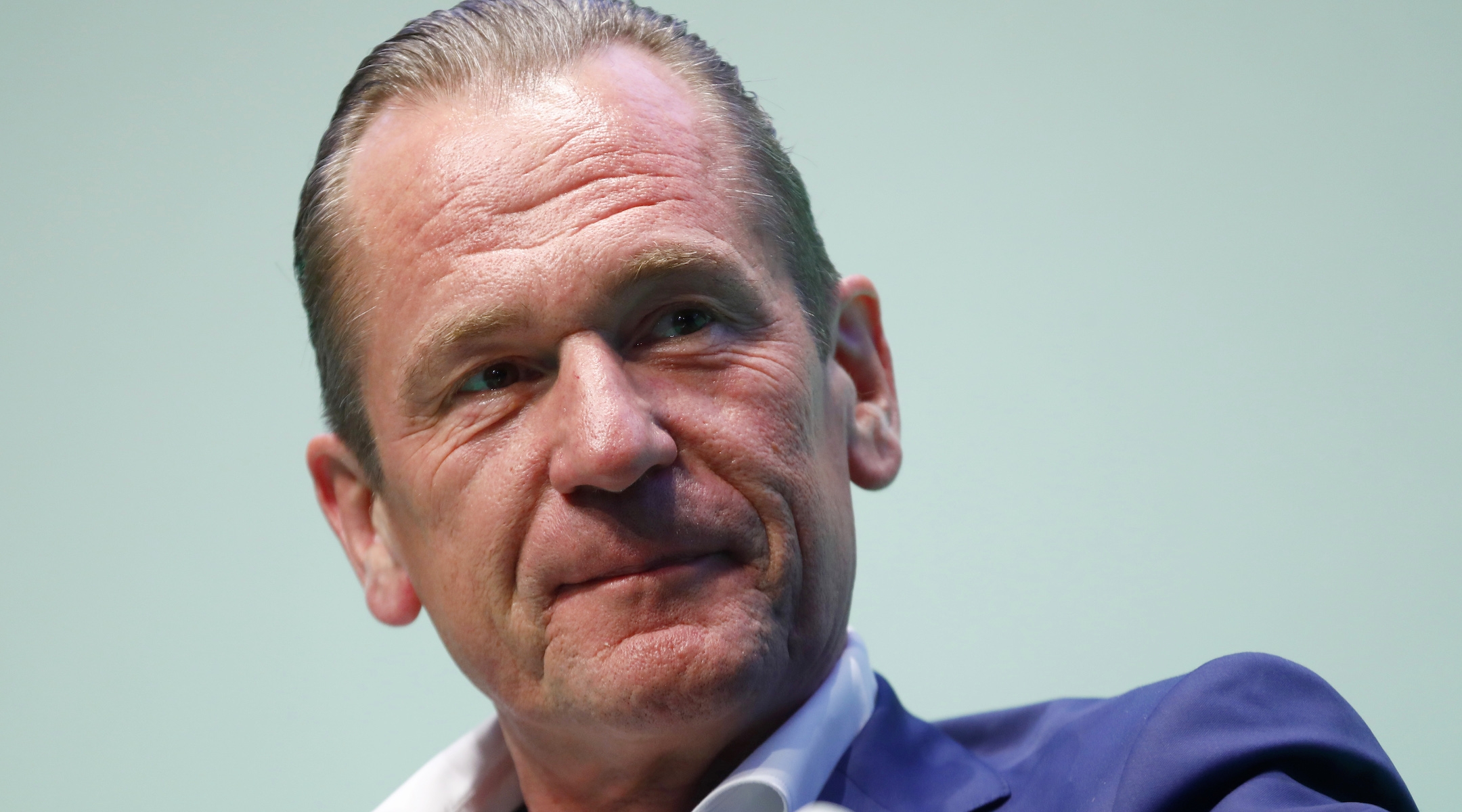 At a time when media and popular sentiment increasingly blame Israel for defending itself, Dopfner steadfastly defends truth, said Josef Schuster, head of the Central Council of Jews in Germany.

“You don’t remain silent,” Schuster told Dopfner at a gala dinner Thursday in Berlin. “You don’t try to explain away this hatred for Israel and for us Jews. Or to justify it.”

Döpfner, 56, who has called himself a non-Jewish Zionist, made the “fight against anti-Semitism his personal concern,”  Schuster added.

Speaking extemporaneously, Dopfner said that his first visit to Israel, in 1981, shaped his later career. He was influenced as well by his friendships with several Holocaust survivors.

Dopfner said he’d always felt it was not enough to condemn anti-Semitism, that one had to stand up against it.

“Why is this worth a prize? It should be a matter of course,” he said in accepting the award.

The 10,000 euro prize was established in 1957 and is named for Rabbi Leo Baeck, a leader in Germany’s liberal movement who died the previous year.