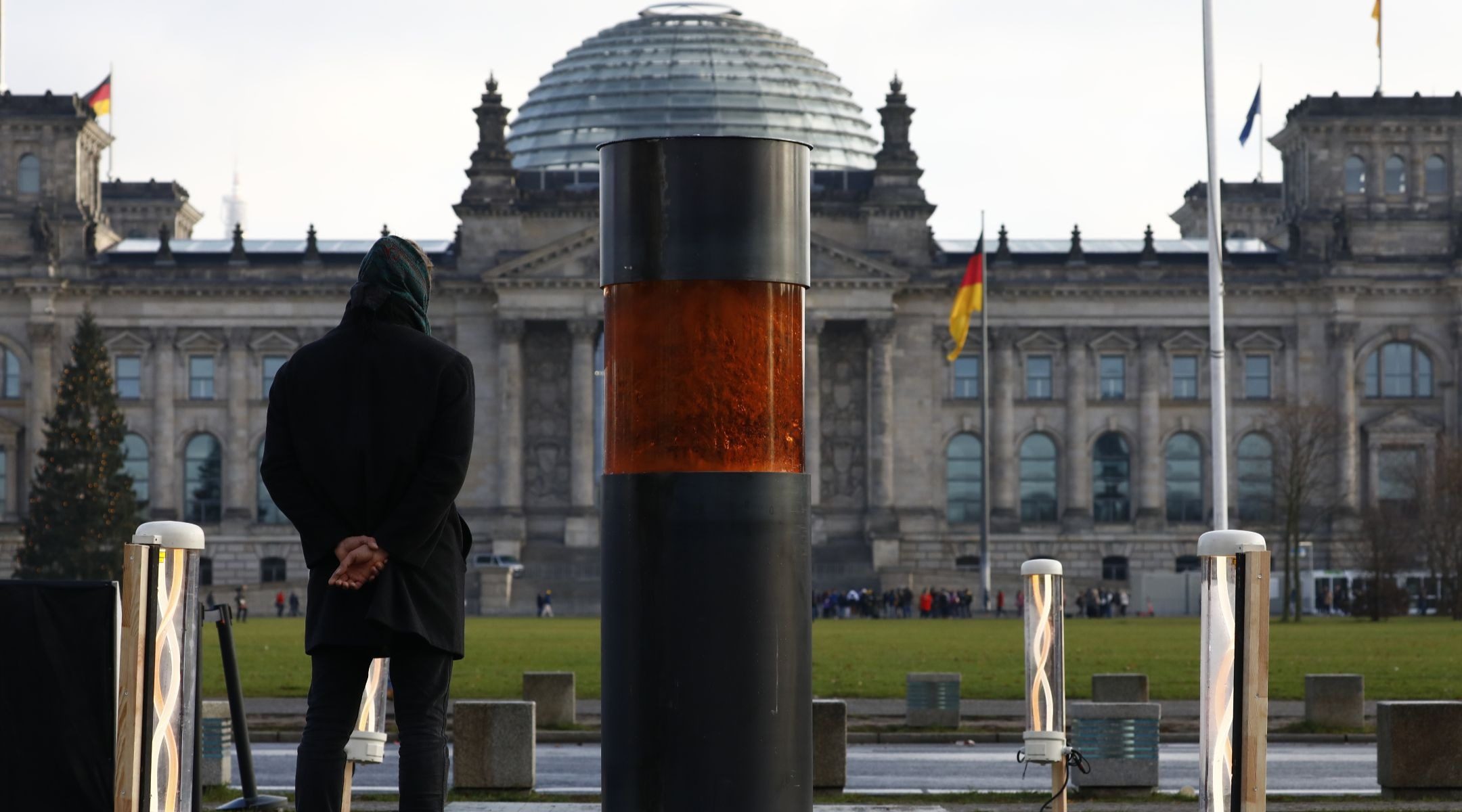 (JTA) — German police prevented an activist group from removing an art installation believed to contain the ashes of victims of the Nazis.

About 20 members of a group called the Performance Art Committee attempted to remove the gray cylindrical column erected in early December, the Associated Press reported Sunday. The column, said to contain soil from 23 sites across Germany, Poland and Ukraine, was placed in front of the German parliament by the left-wing Center for Political Beauty last month. Lab results found traces of human remains in over 70 percent of the 240 samples, the committee said in a statement.

The Central Council of Jews in Germany and the International Auschwitz Committee have condemned the urn.

The Center for Political Beauty later apologized for hurting the feelings of Holocaust survivors and the families of victims.  It did not say what it plans to do with the soil samples when the installation is ultimately dismantled, but said it was open to suggestions.

A member of the group filed a criminal complaint for property damage following Sunday’s attempt to remove the installation, the AP reported.