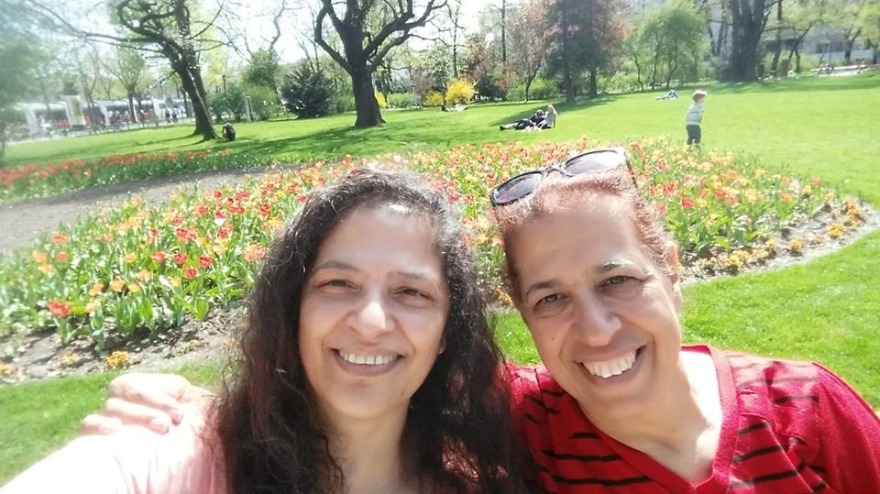 BUENOS AIRES, Argentina (JTA) — A German shepherd received a cash reward offered by an Israeli family for finding the bodies of two sisters who were missing in Argentina for two weeks.

The women were the mother and aunt of an Israeli man being charged with homicide in their deaths.

Ruca and her trainer, Ayelen Castro, received the more than $1,300 reward on Friday at the Sociedad Israelita de Beneficencia Jewish center in Mendoza, in the northwest of the country. The money will go to the School of Canine Training of Mendoza, or Escam.

“She did find our sisters, alerted the police and earned the reward we offered. Ruca is a German shepherd and doesn’t have much use for cash, therefore we have decided to reward her organization, Escam,” the family said.

The family also presented Castro with a personal cash reward “for the excellent job of training of Roca, and for helping to bring some closure to our families, now that we can bring them to eternal rest in peace, side by side, in their family home of Israel.”

It is not the first complex case that the dog has helped solve. In 2009, Ruca found the body of a missing child near a river in Lujan, and has been involved in several other successful search and rescue operations.

The bodies of Dr. Lily Pereg, 54, an associate professor of microbiology at the University of New England in Australia, and her sister, Pyrhia Sarusi, 63, were found on Jan. 26 buried under debris in the home of Sarusi’s son, Gil Pereg, in Mendoza province, in the northwest of the country. The sisters, who had been traveling in Argentina, had not been heard from since Jan. 12.

Their bodies arrived in Israel over the weekend and were taken for additional forensic exams.