Germany vows to crack down on antisemitism at Israel protests 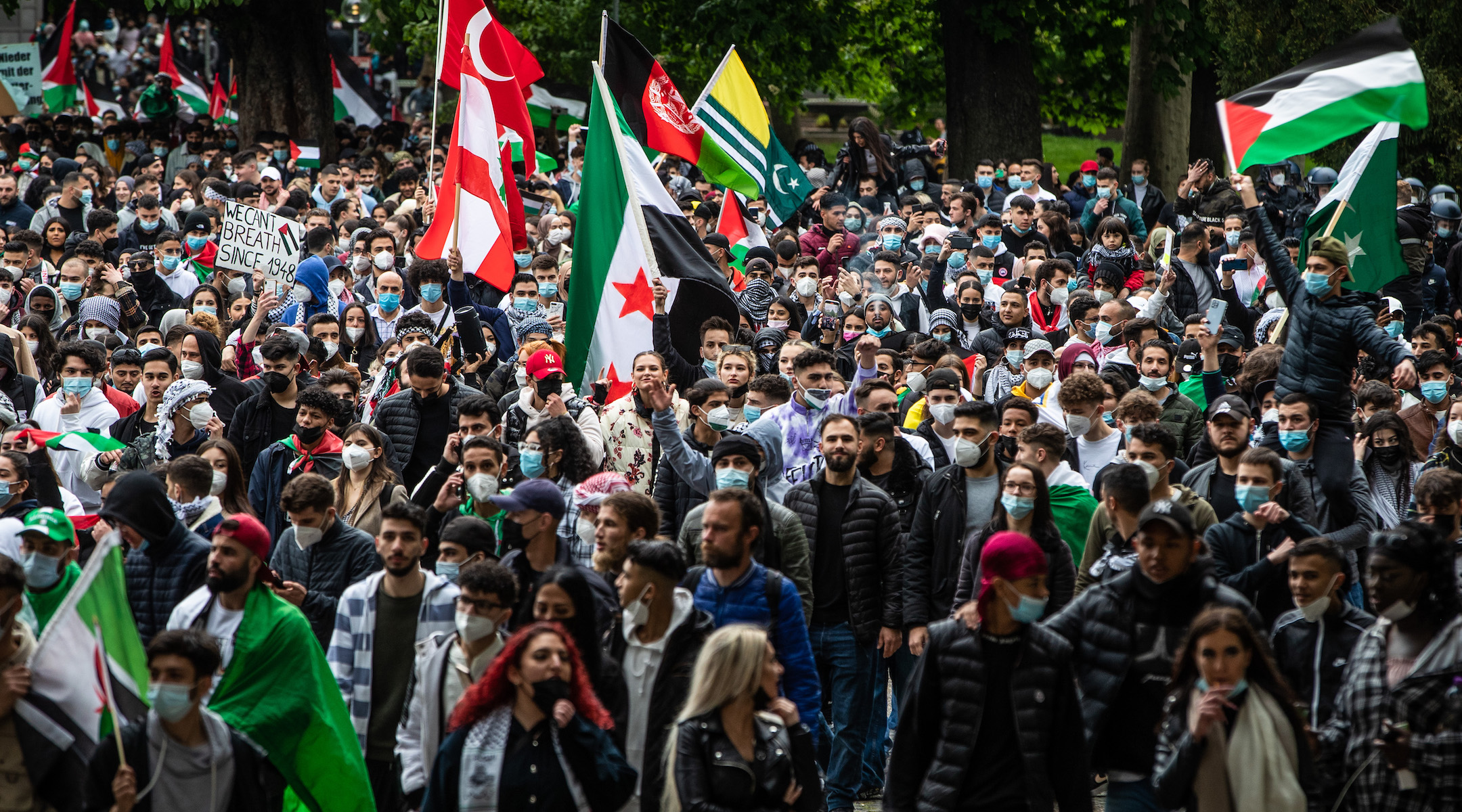 BERLIN (JTA) — Following a spate of anti-Israel protests across Germany tied to the ongoing Israel-Gaza violence, political leaders here have vowed to crack down on demonstrators who have used antisemitic rhetoric and have attacked Jewish institutions.

“Anyone who spreads antisemitic hatred will feel the full force of the law,” German Interior Minister Horst Seehofer said in a statement.

He added in an interview with the Bild am Sonntag tabloid on Sunday: “We will not tolerate the burning of Israeli flags on German soil and attacks on Jewish facilities.”

Bundestag President Wolfgang Schäuble called for an increase in security for Jewish communities and institutions on the eve of the Shavuot holiday on Sunday. Due to measures aimed to stem the coronavirus pandemic, most synagogues still only allow reduced attendance or remote observances.

Though most demonstrators in recent days reportedly were peaceful, some tried to burn Israeli flags, shouted anti-Jewish epithets and cheered the bombing of Tel Aviv. The Deutsche Welle news agency reported that 180 people marched from the train station in the western city of Gelsenkirchen to a synagogue chanting antisemitic slogans. Several individuals were arrested after rocks were thrown through the windows of multiple synagogues in different cities.

Last year, Germany made it illegal to publicly destroy or damage the flag of a foreign state with which they have diplomatic relations. It is also illegal to incite hate or call for violence against a group or individuals in a manner that could disturb the peace; the law covers, for example, racism, antisemitism and homophobia.

Calling the incidents “disgusting,” Aiman Mazyek, head of the Central Council of Muslims in Germany,  said in a statement to the Frankfurter Allgemeine Sonntagszeitung newspaper that “Anyone who attacks synagogues and Jews on the pretext of criticizing Israel has forfeited any right to solidarity.”

The Turkish-Islamic Union for Religious Affairs (DITIB) appealed to Muslims to stay away from the demonstrations, Deutsche Welle reported.

It remains to be seen whether suspects arrested in recent days will be charged with inciting antisemitism.