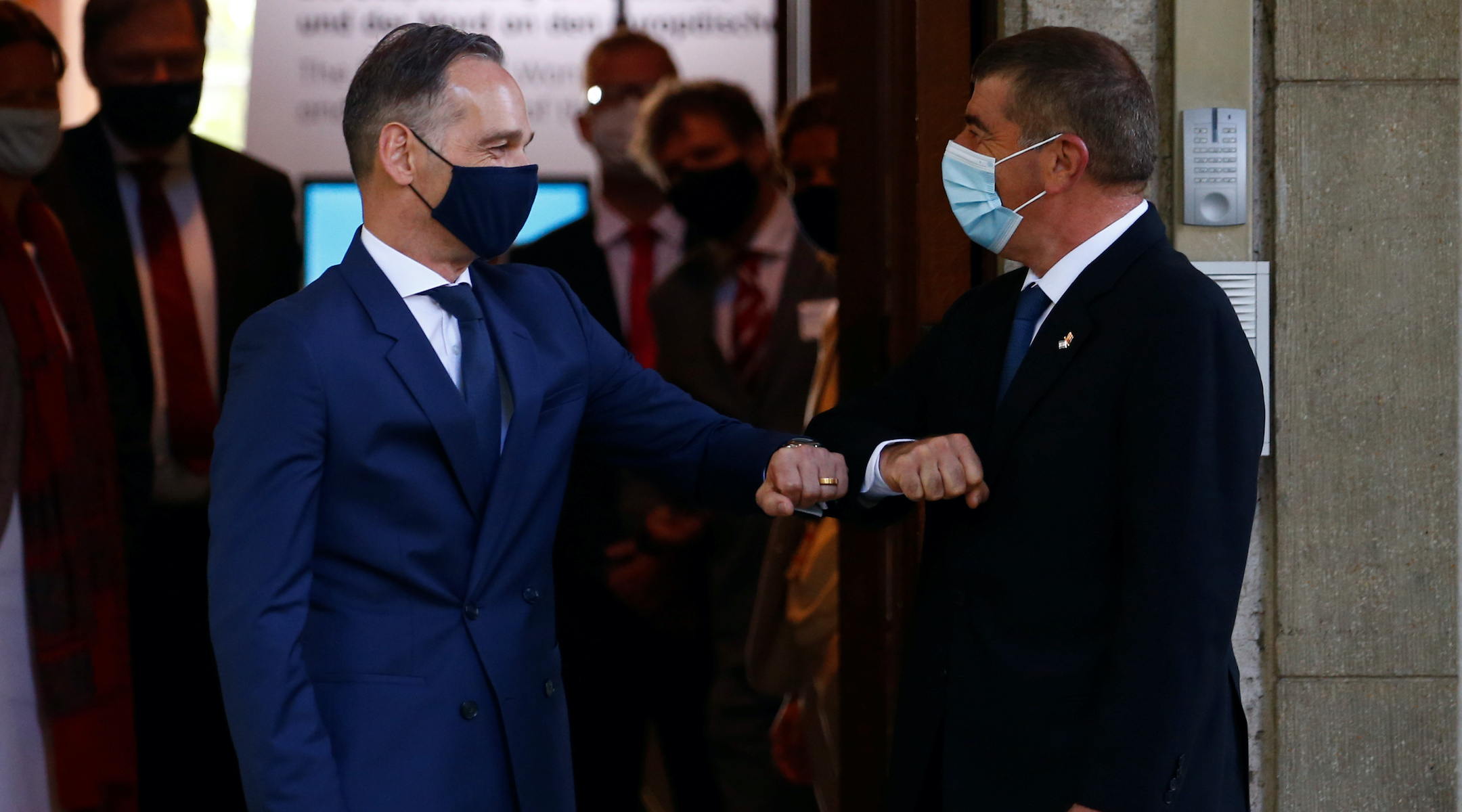 German Foreign Minister Heiko Maas, left, and his Israeli counterpart Gabi Ashkenazi bump elbows as they meet at the House of the Wannsee Conference in Berlin, Aug. 27, 2020. (Michele Tantussi/Pool/AFP via Getty Images)
Advertisement

(JTA) — Germany has pledged to include Israel in Europe’s deal for a future vaccine against the COVID-19 virus, in keeping with Germany’s “special relationship” with Israel as a response to the Holocaust.

A Ynet report claims Germany used its influence on the E.U. to bend the rule that a European-produced vaccination would be given first to European countries. Germany justified the decision in part through its historical commitment to support Israel.

Embassy spokesperson Shir Gidon told Globes, the Israel business news service, that “Germany sees Israel as part of Europe in terms of procuring the vaccine and therefore it will be permitted to convey the vaccine for use in Israel when it is approved.”

The decision, which followed an earlier meeting between Ashkenazi and Maas in Berlin, would allow Israel — an associate member of the European Union — to purchase some of the 400 million vaccines that the U.K.-Swedish company AstraZeneca is contracted to produce for the E.U., if the vaccine, currently in currently in phase III human trials, is found to be safe and effective.

Ashkenazi told Ynet that an eventual vaccine would “allow the economy to return to full activity in Israel,” and thanked Issacharoff and the embassy staff for their role in reaching the agreement.

In 2008, German Chancellor Angela Merkel, as the first in her position invited to speak to the Knesset, described Germany’s “special historical responsibility for Israel’s security” as part of Germany’s “raison d’être.”