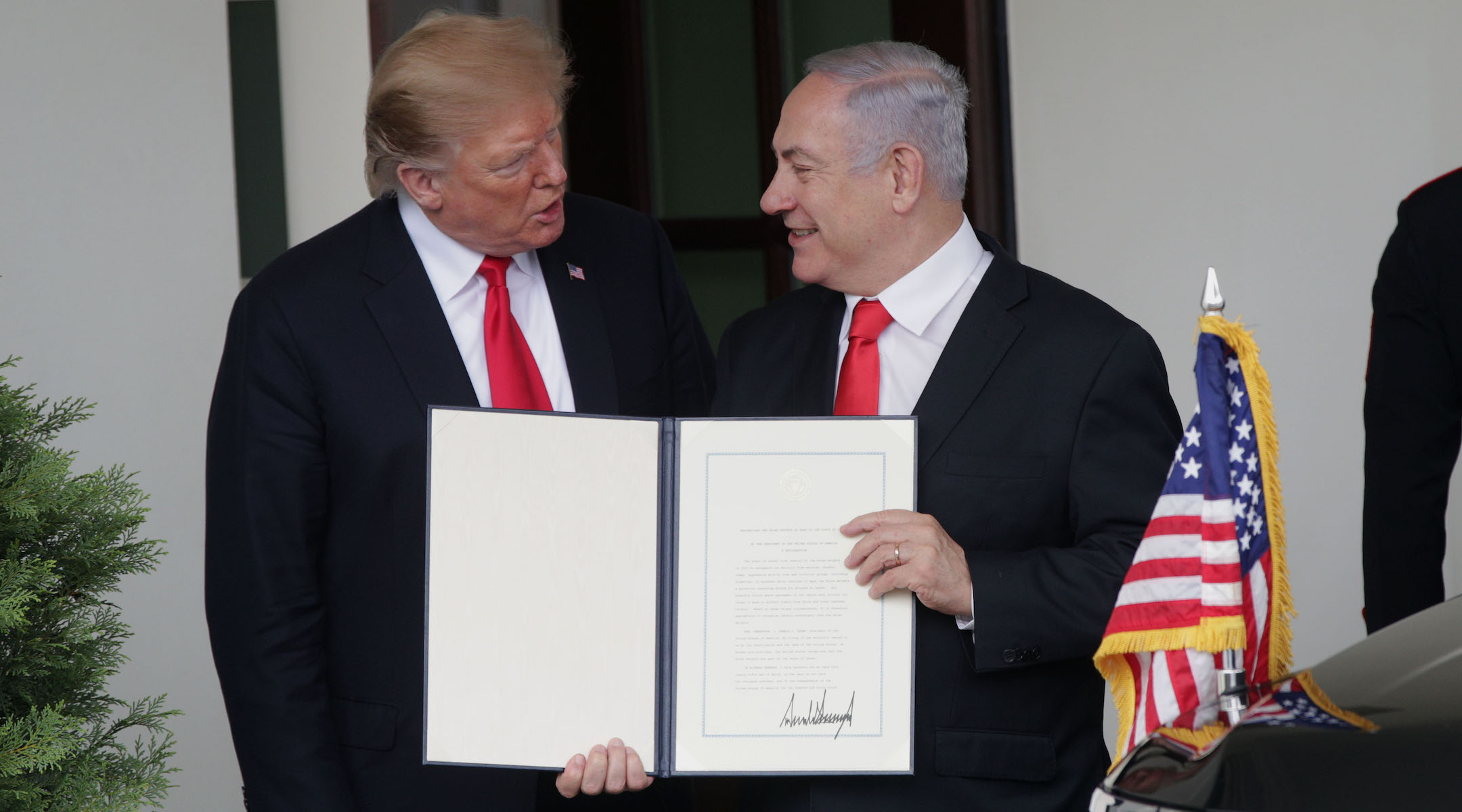 JERUSALEM (JTA) — The Israeli government has selected a location for the establishment of a new Jewish community in the Golan Heights to be named after President Donald Trump.

Prime Minister Benjamin Netanyahu said at the start of the weekly Cabinet meeting on Sunday that he will submit the decision for official approval by the new government once it is formed.

Netanyahu announced in late April that he would form the new community in honor of Trump in the Golan, a month after the U.S. president signed a proclamation recognizing Israel’s sovereignty over the strategic heights, which Israel captured from Syria during the Six-Day War in 1967 and annexed in 1981. The United States is the first country to recognize the Golan as part of Israel.

The Makor Rishon Hebrew-language daily newspaper reported on Wednesday that the mixed religious-secular community of 120 young families to start with will be located in the northern Golan Heights on the site of a community that was approved but never built in 1992.

There are currently 33 towns and villages in the Golan, but no new communities have been established since 1999, the Jerusalem Post reported. Twenty-nine of the communities were established by Labor governments from 1967 to 1977, when the Likud first came to power.