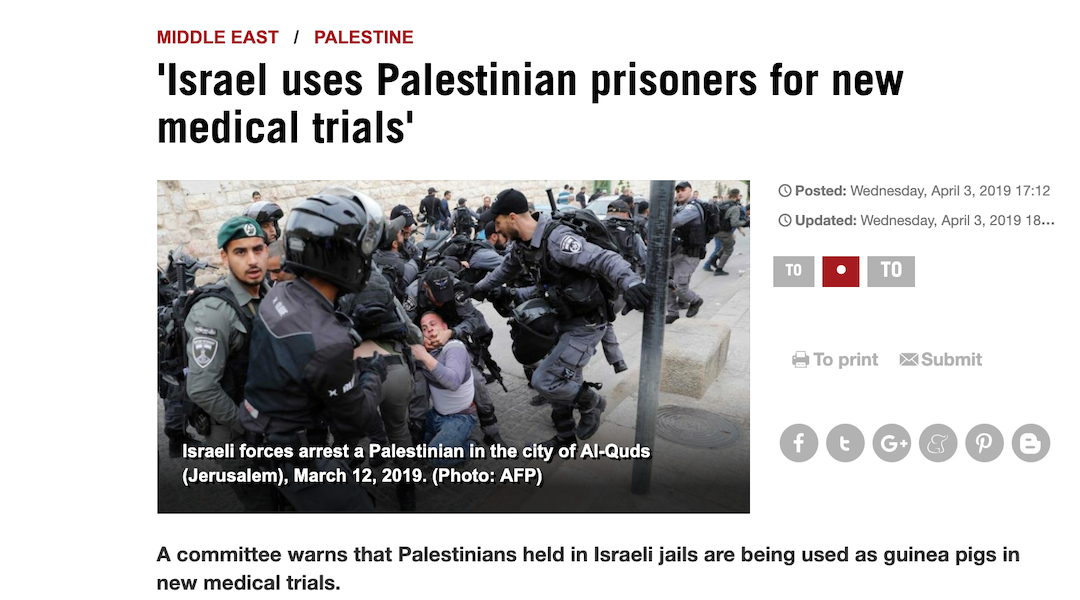 The anti-Israel news website Hispan TV reported Saturday on its still-active news website that its YouTube channel and that of the Iranian Press TV had been blocked, and denounced it as “an act against freedom of expression.” The sites were first banned on Thursday.

The Hispan TV article’s headline is “Censorship of YouTube to HispanTV: The price of being the voice of the oppressed.”

“Your Google Account was disabled and can’t be restored because it was used in a way that violates Google’s policies,” Google says in a message that appears when trying to open the Hispan TV and Press TV YouTube pages.

HispanTV, which is operated by the Islamic Republic of Iran Broadcasting, launched in 2011. In 2014, Iran announced plans to expand its media influence in Latin America.

“Iran’s strong and rapidly growing ties with Latin America have raised eyebrows in the U.S. and its Western allies since Tehran and Latin nations have forged an alliance against the imperialist and colonialist powers and are striving hard to reinvigorate their relations with the other independent countries which pursue a line of policy independent from the U.S.,” the Iranian Fars News agency said.

Earlier this month the Iranian news website published an article  that spread throughout Latin America claiming that Israel uses Palestinian prisoners  on which to perform medical tests.