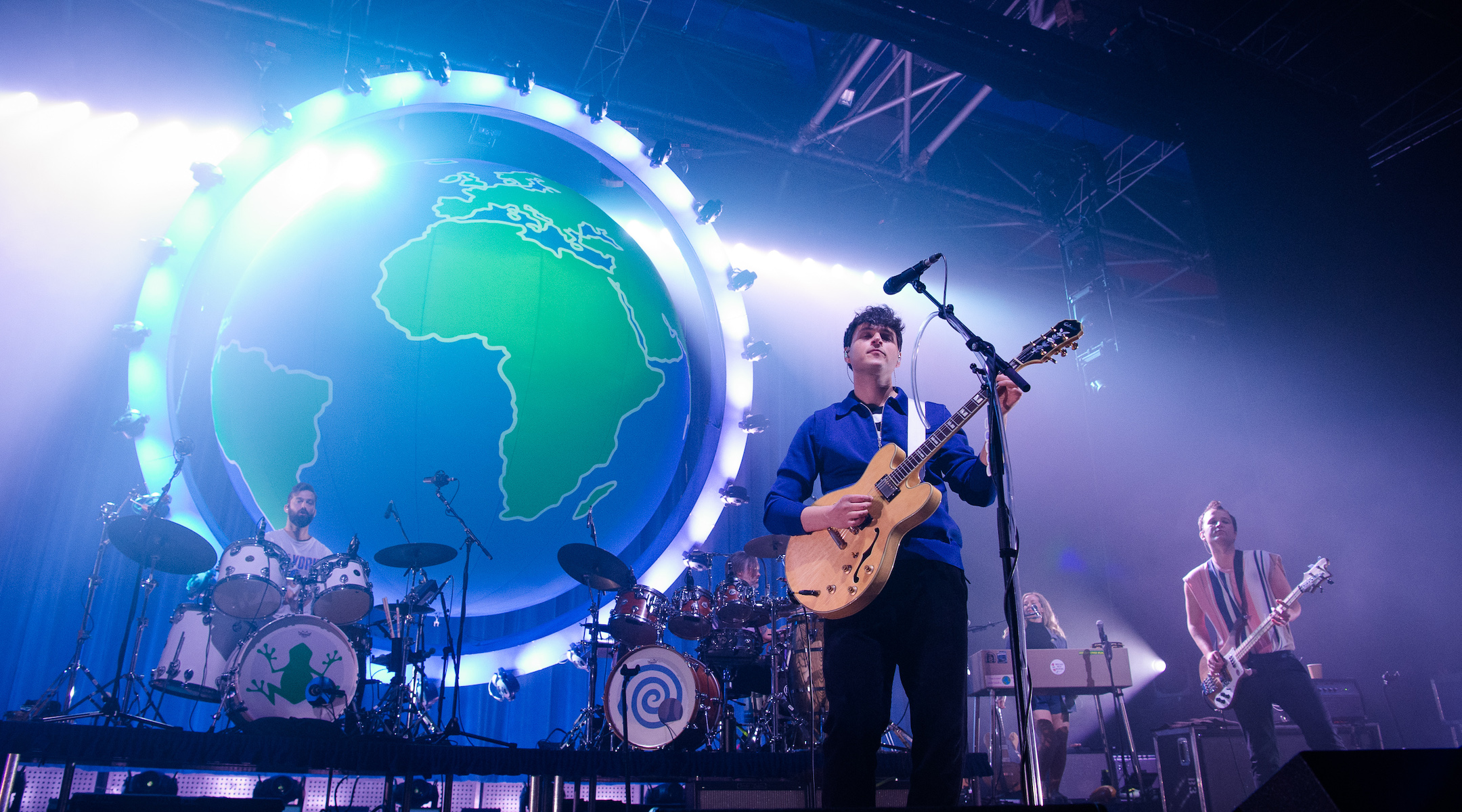 (JTA) — Two of Vampire Weekend’s recent music videos for songs off their album “Father of the Bride” take place in Jewish settings.

One, for “This Life,” involves a Passover seder. Another, “Sunflower,” guides the viewer through a couple of famed New York delis. Jerry Seinfeld has a cameo in the latter.

That album is now nominated for a Grammy for best album of the year.

The full slate of nominees was announced Wednesday morning.

Danny Burstein, who played Tevye in the latest Broadway version of “Fiddler on the Roof,” is nominated for best musical album as part of the cast of Broadway’s “Moulin Rouge! The Musical.”

Barbra Streisand, who has won 10 Grammys (including a Lifetime Achievement Award), is nominated for best traditional pop album for “Walls,” her 36th studio album.

The Grammy award show airs on CBS on Jan. 26.