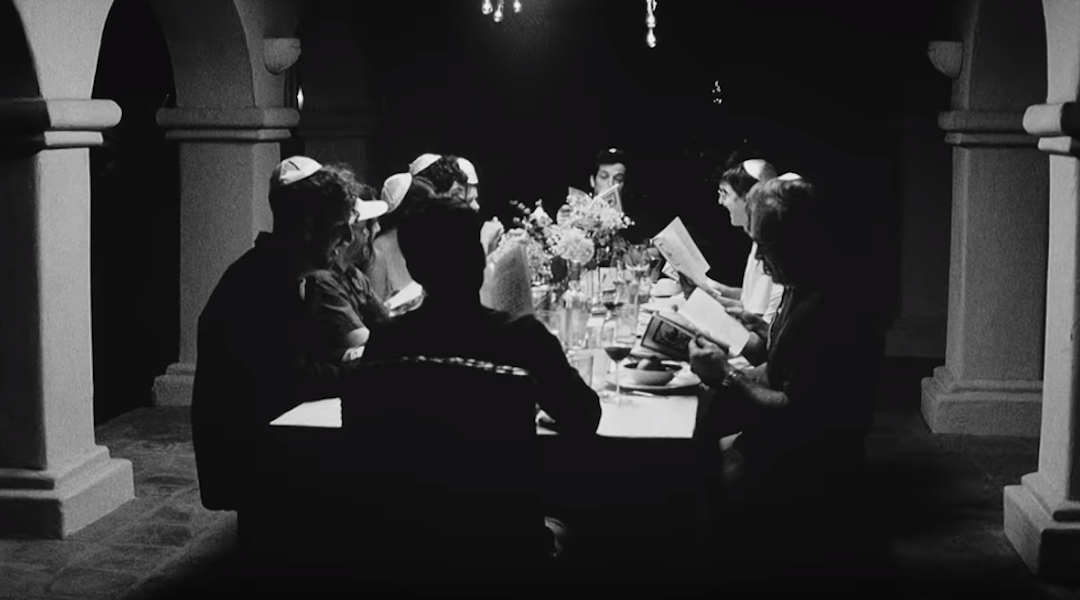 (JTA) — What would a Vampire Weekend Passover seder look like? The indie band’s new music video gives a hint.

The new video for “This Life,” a song off its recently released album “Father of the Bride,” spends most of its final two minutes showing scenes from a seder shot in black and white.

Lead singer Ezra Koenig parks himself at one end of the table with his guitar and Mark Ronson, the Jewish producer who has worked with artists such as Lady Gaga, Miley Cyrus and Bruno Mars, dons a yarmulke and gives a toast.

As Emily Burack points out at Alma, Koenig shared an image of a Vampire Weekend-branded shirt in his Instagram story that reads “Vampire Weekend formally invites you to a seder.”

One of the band’s other recent music videos takes place in a couple of storied Jewish delis in New York City and guest stars Jerry Seinfeld. Koenig addressed his Jewish identity in an interview before the release of the album, which contains a track that references the Balfour Declaration — the British statement that helped lead to the founding of Israel.

“Father of the Bride” heavily features the vocals of Danielle Haim, the leader of the Jewish sister band Haim, and some production by Ariel Rechtshaid, the Israeli-American producer who has worked with Vampire Weekend and Haim in the past.