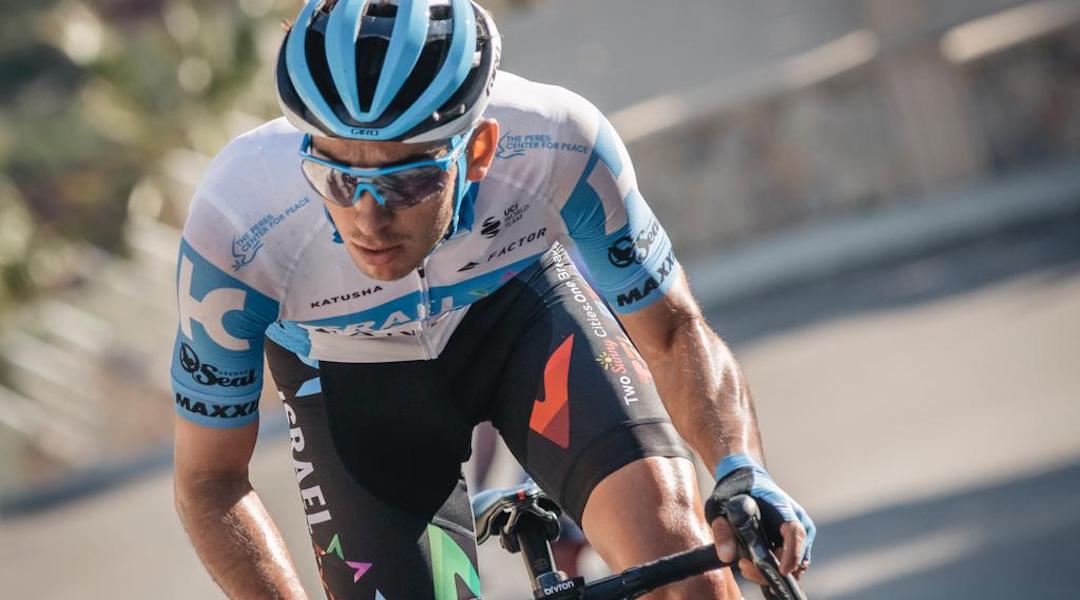 Niv, 26, a member of the Israel Start-Up Nation team, finished in 139th place among the 146 cyclists who completed the three-week race on Sunday.

“I felt shivers when I crossed the finish line on the Champs-Elysees,” Niv said in a statement. “It was a sense of vast relief and sheer happiness: I have done it for the next generation of young Israeli cyclists. They can now dream of achieving this and more.”

The first Israel-based and -owned team to race in the Tour de France finished with seven top 10s in individual stages of the race but never  won a stage.

Established in 2015 as the Israel Cycling Academy, Israel Start-Up Nation joined the World Tour, the highest level of professional cycling, last year. That gave it a place in this year’s Tour de France, one of cycling’s three Grand Tours along with the Giro d’Italia and Vuelta a Espana, also three-week events run in stages.

Niv raced as part of Israel’s team in the 2019 Giro d’Italia.