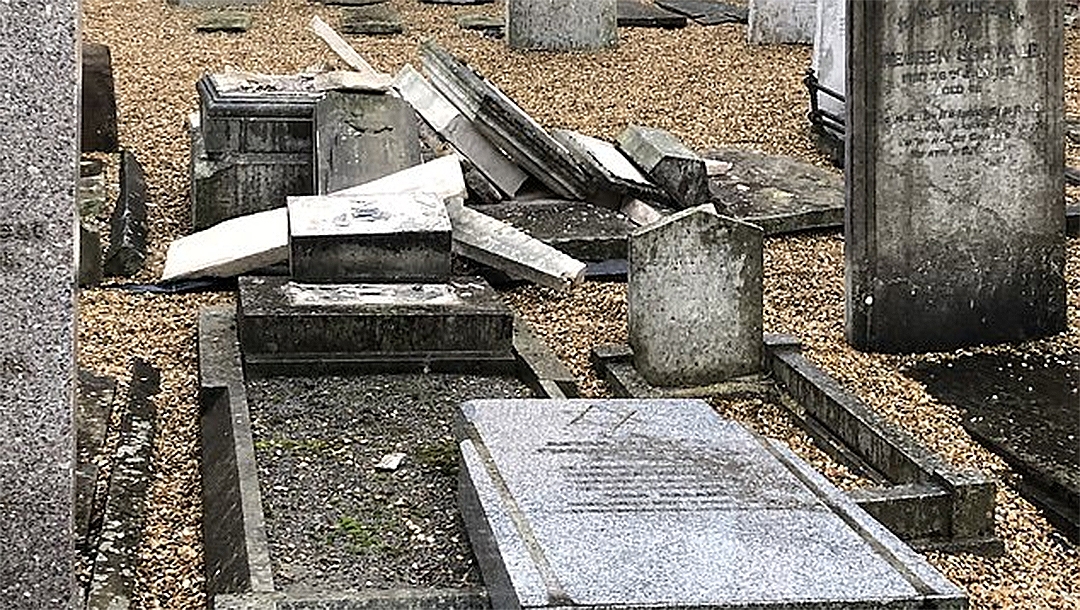 The aftermath of vandalism at the Jewish cemetery of Rochester, the United Kingdom in late September 2019. (Dalia Halpern-Matthews)
Advertisement

(JTA) — Four headstones at a disused Jewish cemetery in the United Kingdom have been destroyed in what police are investigating as  a possible anti-Semitic attack.

The perpetrators knocked down the headstones at the cemetery of the Chatham Memorial Synagogue in Rochester, a town located 30 miles east of London, sometime between Sept. 27 and Oct. 4, police told Kent Online, which published an article about the incident Tuesday.

“It’s difficult to describe the sense of horror at the disrespect and needless violence,” Dalia Halpern-Matthews, the chair of trustees of the nonprofit organization that runs the Chatham Memorial Synagogue, told the Daily Mail.

“The gate they ripped off was bolted to the wall. It was already open. It was damage for damage’s sake,” Halpern-Matthews said.

The last burial at the cemetery took place in 1982. Some graves there are more than 300 years old.

The Jewish community of Rochester has fewer than 50 members, according to the Daily Mail.