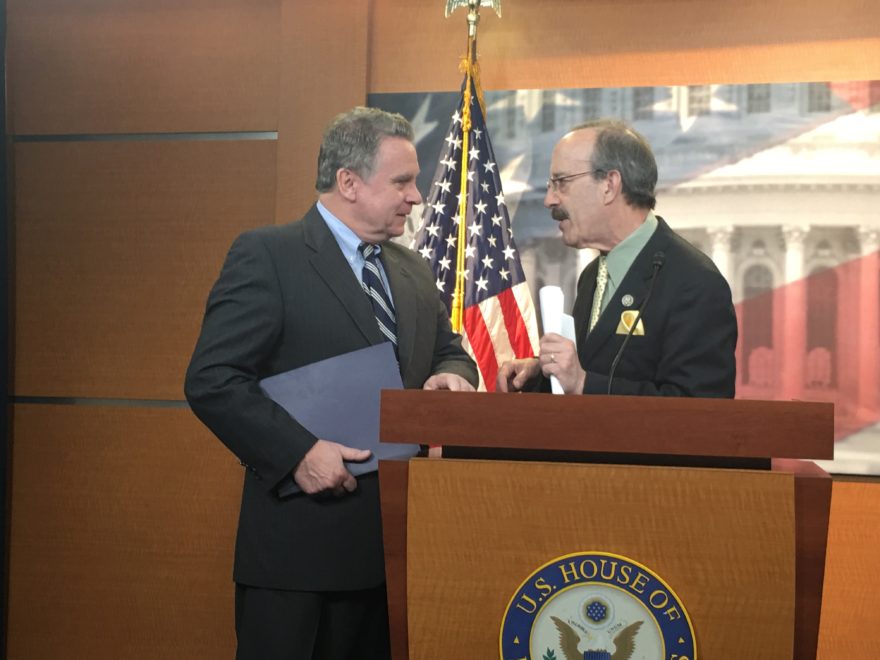 WASHINGTON (JTA) — The U.S. House of Representatives passed legislation setting a 90-day deadline for the president to nominate a special envoy to monitor and combat anti-Semitism at the State Department.

The Special Envoy to Monitor and Combat Anti-Semitism Act was authored by Rep. Chris Smith, R-N.J., who helped write the 2004 law that created the monitor post. The new bill would also elevate the position to ambassador level. The bill passed Friday 411-1 with only Rep. Justin Amash, a Michigan Republican, dissenting.

It’s the second time in six months the House has passed the legislation. It passed overwhelmingly in September, but the Senate failed to advance a similar version to the floor, and the bill lapsed when the 115th Congress ended in December. One of the new Democratic-led House’s first actions was to pass the bill; now it awaits treatment by the Senate.

Lawmakers and Jewish communal organizations have chafed at the Trump administration’s failure to name someone to the anti-Semitism monitor post since Donald Trump became president, citing a perceived spike in anti-Semitism worldwide.

Under the legislation, the anti-Semitism monitor would be the primary adviser to the U.S. government in monitoring and combating anti-Semitism and would not have extraneous duties. The president must nominate a candidate for the position within 90 days of the legislation becoming law.

“Politicians, entertainers, and public intellectuals across the philosophical spectrum have exhibited anti-Semitism,” Smith said on the House floor before the vote. “Strong American leadership is essential to battle this bigotry.”