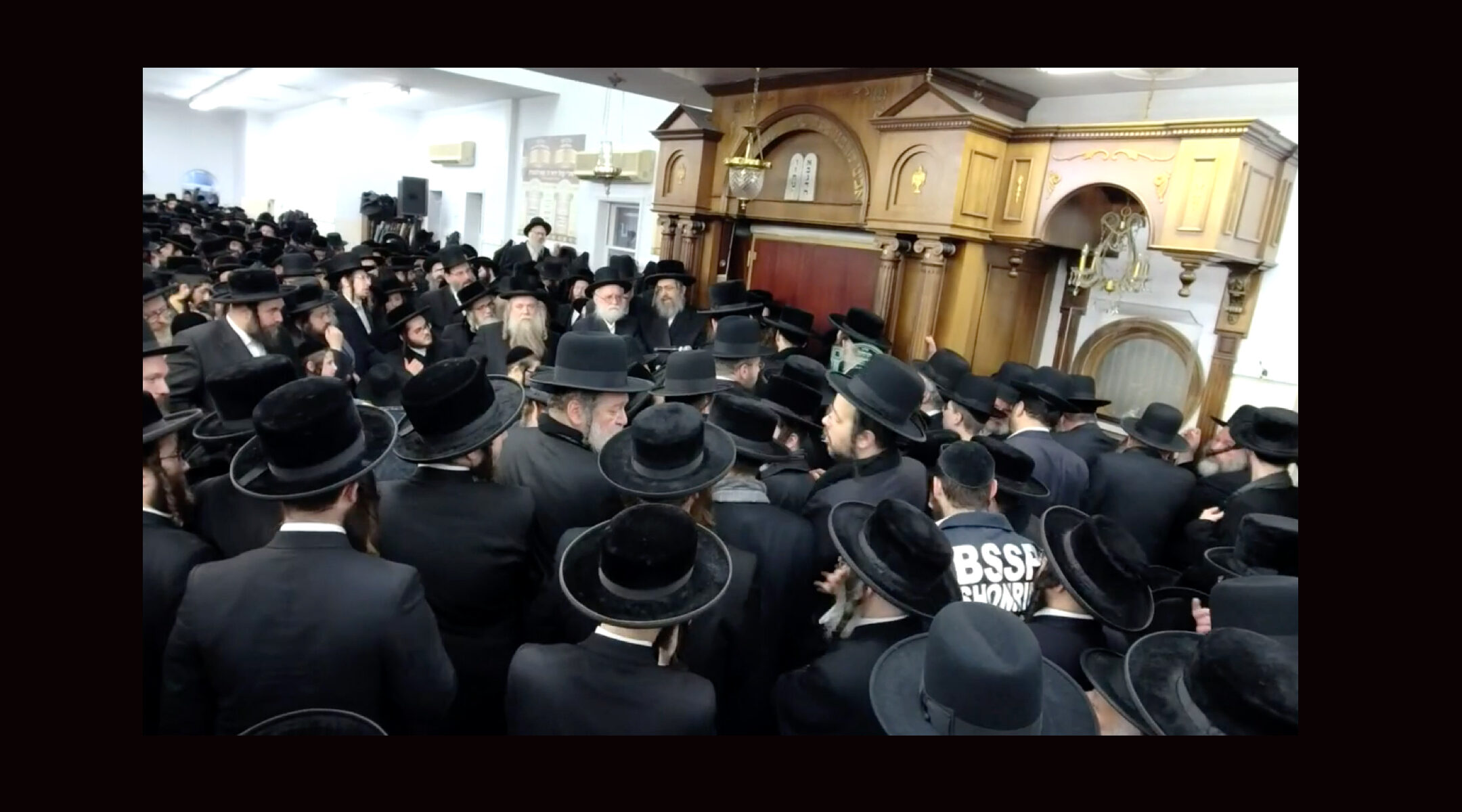 Hundreds of men crowded into a study hall for the funeral of Rabbi Yechezkel Roth Sunday afternoon. (Screenshot from BoroPark24)
Advertisement

(JTA) — Hundreds of men flouted public health rules to crowd into a study hall in the Borough Park section of Brooklyn Sunday afternoon for the funeral of Yechezkel Roth, a Hasidic rabbi who lived in the neighborhood.

Roth died Sunday morning of a heart attack at 86 years old, according to Hamodia. So many people turned out for his funeral that hundreds could not get into the building and instead gathered in the street outside.

A livestream video of the funeral posted to the local news site BoroPark24 showed men packed tightly into the study hall, with hardly any attendees wearing masks. Coughing can be heard on the livestream.

The funeral is the latest large gathering to take place in Brooklyn’s Hasidic communities, many of which began a return to normal life last summer, long before the rollout of the coronavirus vaccines. The large gatherings — at funerals, weddings and the more regular gatherings at synagogues and study halls — have continued even as New York City struggles with a relatively high COVID test positivity rate of 7.16% for the past four weeks.

The Orthodox community has lost a number of influential rabbis since the start of the pandemic, with several dying of COVID-19. The funerals that follow their deaths have attracted large, unmasked crowds, in a cycle that has fueled concerns that one death may lead to another.

Roth, who was also known as the Karlsburger Rebbe, was a respected expert on Jewish law and the author of multiple volumes of legal rulings. Roth served as a leader of the Satmar Hasidic community in Jerusalem but later moved to Borough Park at the request of Rabbi Yoel Teitelbaum, the original leader of the Satmar Hasidic community in Brooklyn. Even after moving to Brooklyn, Roth continued to spend several months of each year in Israel, where he will be buried.