Ilhan Omar lashes out at Pelosi, Netanyahu for their AIPAC jabs at her 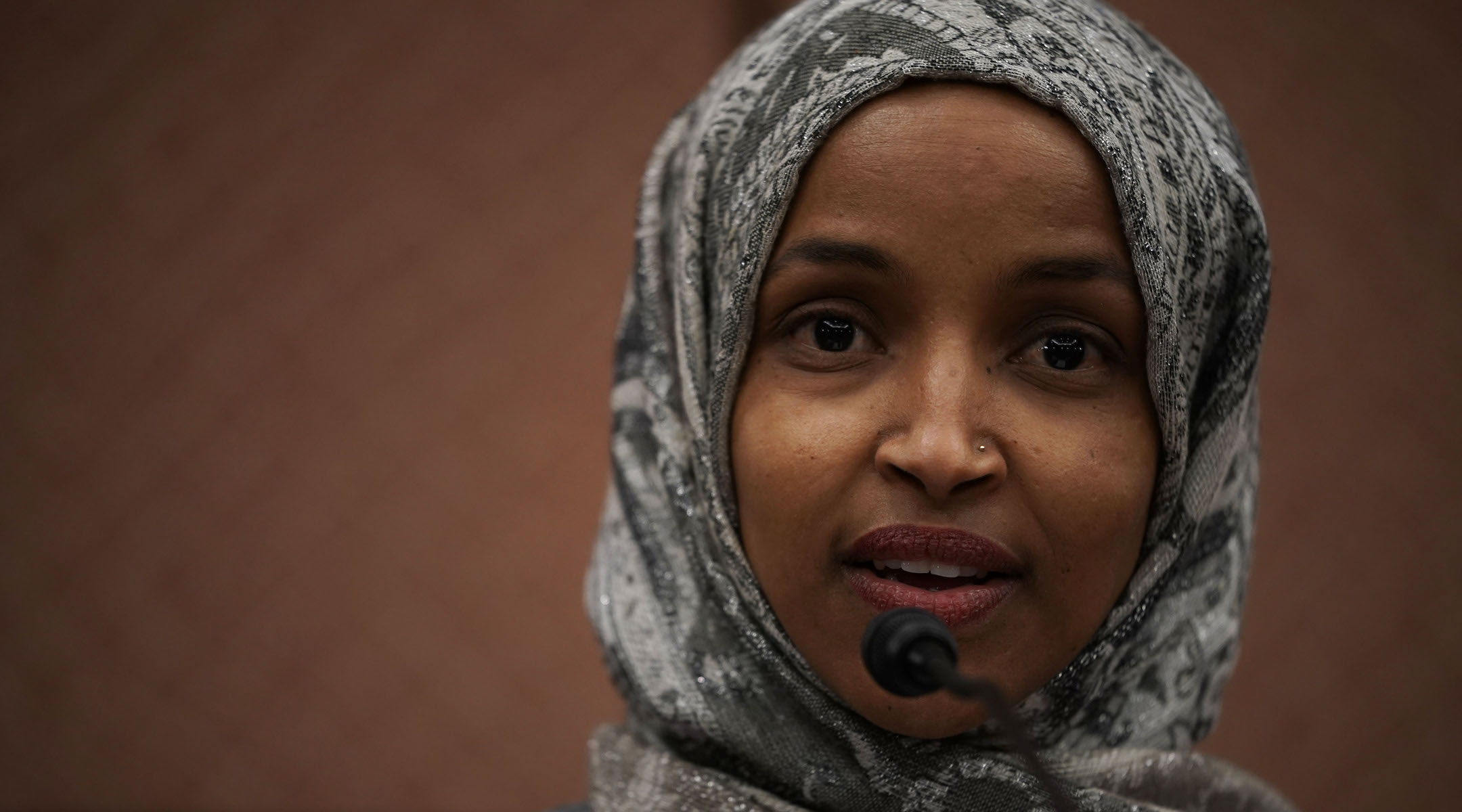 WASHINGTON (JTA) — Rep. Ilhan Omar hit back at House Speaker Nancy Pelosi and Israeli Prime Minister Benjamin Netanyahu after they called out the first-year congresswoman at the AIPAC policy conference for her attacks on the lobby and support for the Israel boycott movement.

Americans must “be vigilant against bigoted or dangerous ideologies masquerading as policy, and that includes BDS,” she said to applause.

Omar, D-Minn., and a fellow freshman to whom she is close, Rep. Rashida Tlaib, D-Mich., back BDS.

Asked by reporters about Pelosi’s statement, Omar was quoted by The Hill as saying, “A condemnation for people that want to exercise their First Amendment rights is beneath any leader, and I hope that we find a better use of language when we are trying to speak as members of Congress that are sworn to protect the Constitution.”

Pelosi also noted to AIPAC that the U.S. House of Representatives overwhelmingly condemned the anti-Semitic dual loyalty canard — one Omar had been accused of invoking when she said she felt pressure to pledge “allegiance” to Israel.

Omar’s remarks on Netanyahu came on Twitter. On Tuesday, the prime minister mocked Omar in his address to AIPAC for suggesting lawmakers backed Israel only because it brought in campaign money.

“The reason the people of America support Israel is not because they want our money, it’s because they share our values,” Netanyahu said.

Omar’s response: “This from a man facing indictments for bribery and other crimes in three separate public corruption affairs.”