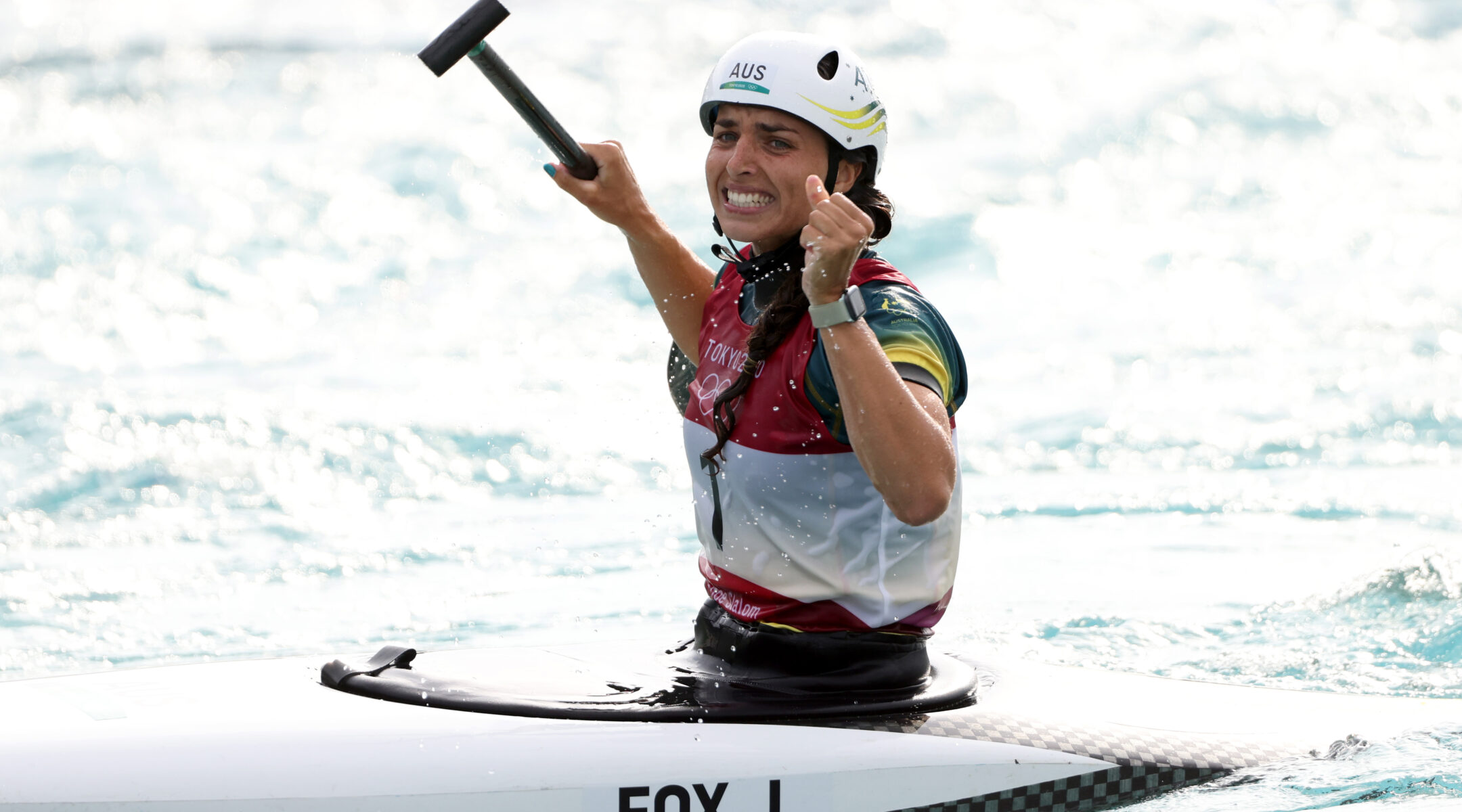 Jessica Fox of Team Australia reacts after her winning run in the Women's Canoe Slalom final in the Tokyo Olympics. (Harry How/Getty)
Advertisement

(JTA) — Jessica Fox, the Jewish paddler from Australia, has won gold in an Olympics event that is newly open to women because of her advocacy.

Fox took home the top prize in canoe slalom Thursday, making her the first-ever woman to win a gold medal in the event in an Olympics. She had been among the athletes pushing for canoe slalom, long part of the men’s competition, to be part of women’s paddling in the Tokyo Olympics.

Fox has long been dominant in both kayak slalom and canoe slalom. On Tuesday, she came up short in kayak slalom, winning bronze for the second straight games. One of just eight athletes to compete in both events, Fox’s canoe slalom time of 105.04 seconds — a stunning three seconds ahead of the silver medalist — made her the only woman to medal in both.

Fox’s Jewish mom and coach, Myriam Jerusalmi, won bronze for France at the 1996 Olympics; her dad, Richard Fox, paddled for Britain and just missed the podium at the 1992 Olympics.

“It’s really hard to put it into words,” Fox said after winning the gold medal. “My parents have been amazing role models, amazing inspirations, amazing support for me. Both being Olympians — mum winning bronze, Dad missing the gold because of a penalty, mum missing the gold because of a penalty — I think we’re all pretty emotional about these penalties. So to win today — it’s a win for them. It’s a win for our whole family.”

Jerusalmi, too, described Fox’s win as a moving moment. “I was full of emotion as soon as she passed the tricky gate,” she told Australian media. “I’m not like that, usually, but today I think it was really special.”