In New Jersey, reported bias crimes increased by 65 percent in 2019 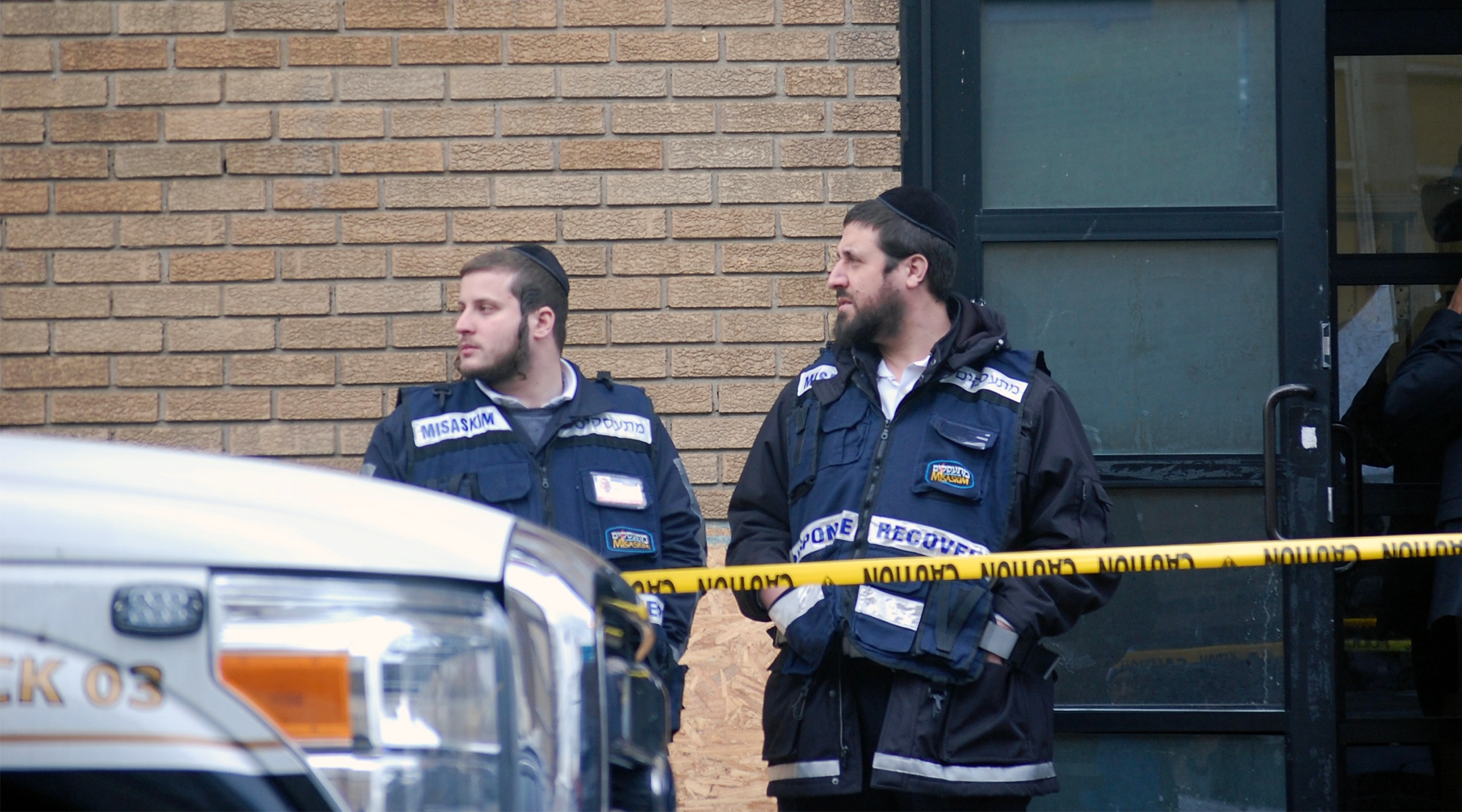 Hasidic members of Misaskim, which provides services for the care of the dead, stand in front of the K'hal Adas Greenville synagogue in Jersey City, N.J., next door to the JC Kosher Supermarket, the site of the deadly shooting that left three dead. Dec. 11, 2019. (Laura E. Adkins/JTA)
Advertisement

NEW YORK (JTA) — Based on preliminary figures, 944 bias incidents were reported in New Jersey in 2019, a 65 percent increase from the previous year.

According to a news release from the office of Attorney General Gurbir Grewal, this is the largest number of reported bias crimes since 1996, and the largest year-over-year increase since bias reporting standards were implemented in 1991.

“The terrible attack in Jersey City was by far the most violent bias incident in New Jersey last year, but it was hardly the only one,” said Grewal. “We are committed to doing everything in our power to solve this problem. In addition to maintaining vigilance against such attacks, we in law enforcement are joining with community members and youth leaders across the state to counter the corrosive messages of hate that motivate such acts, and to replace them with messages of tolerance, understanding, and unity.

Figures by bias type are not yet available for 2019.