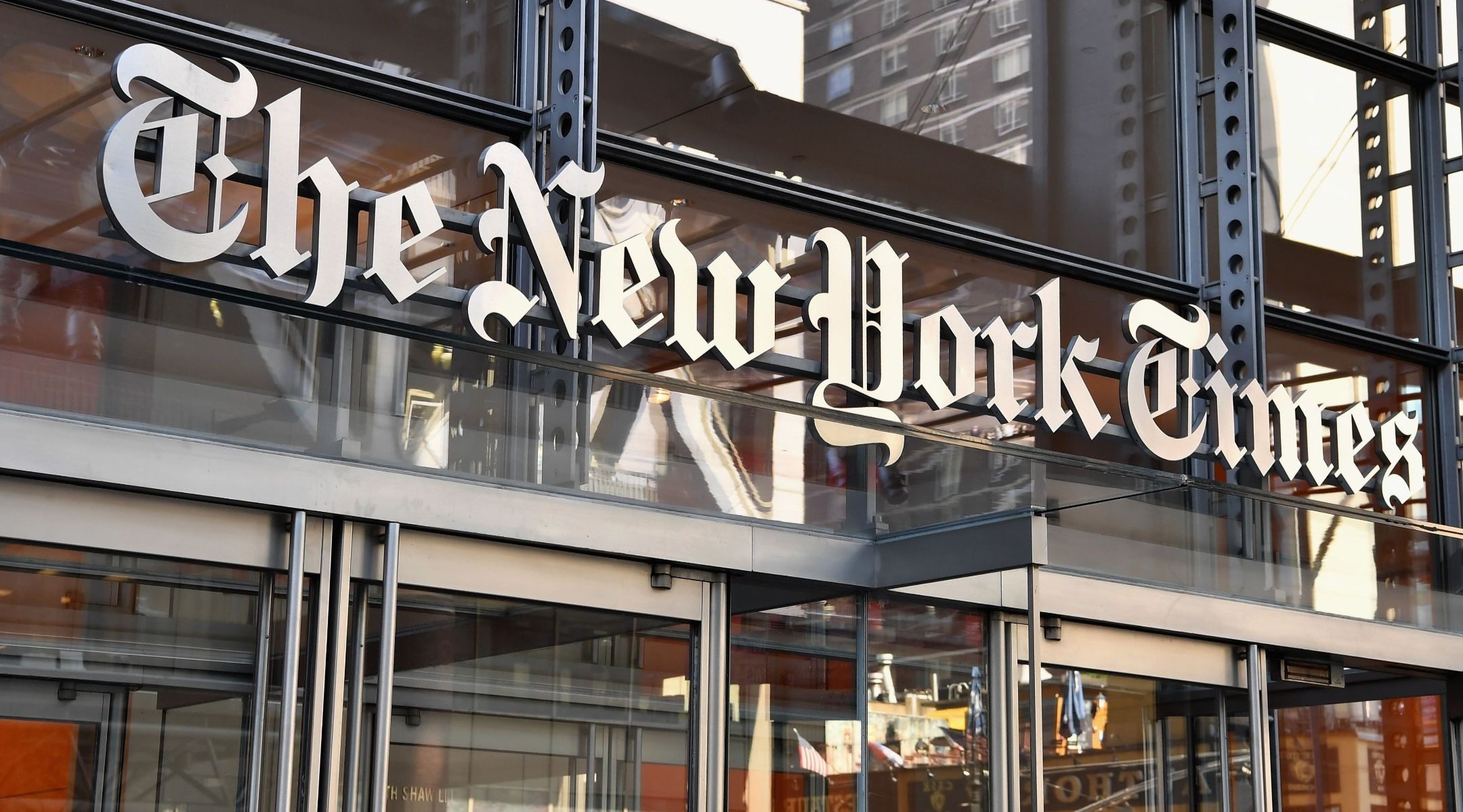 The New York Times building was the scene of a demonstration over a cartoon with anti-Semitic imagery in its international issue. (Angela Weiss/AFP/Getty Images)
Advertisement

(JTA) — The New York Times announced that it will no longer publish daily political cartoons in its international edition, in the wake of backlash over a cartoon of Israeli Prime Minister Benjamin Netanyahu considered anti-Semitic.

In the announcement made on Monday, the Times ended its relationship with two contract cartoonists.

In late April, the New York Times international edition published a political cartoon that showed Israeli Prime Minister Benjamin Netanyahu as a guide dog (a dachshund) wearing a Star of David collar and leading President Donald Trump, who is wearing a black kippah.

The newspaper later acknowledged that the cartoon “included anti-Semitic tropes” and that it was “an error of judgment to publish it.”

James Bennet, editorial page editor, in a statement on Monday said that “for well over a year we have been considering bringing that edition into line with the domestic paper by ending daily political cartoons and will do so beginning July 1.”

One of the fired cartoonists, Patrick Chappatte, wrote on his personal blog: “I’m putting down my pen, with a sigh: that’s a lot of years of work undone by a single cartoon – not even mine – that should never have run in the best newspaper of the world.”

He added: “I’m afraid this is not just about cartoons, but about journalism and opinion in general. We are in a world where moralistic mobs gather on social media and rise like a storm, falling upon newsrooms in an overwhelming blow. This requires immediate counter-measures by publishers, leaving no room for ponderation or meaningful discussions.”

The New York Times won its first Pulitzer Prize for political cartooning last year, for a series that told the story of a Syrian refugee family.