Iran accuses Israel of threatening to destroy it 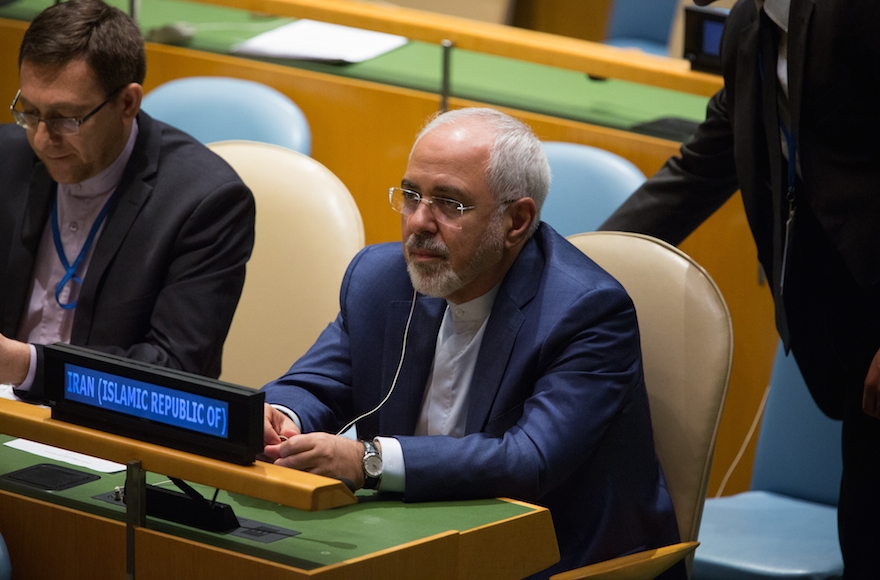 “You should ask a regime possessing nuclear weapons about how Netanyahu stands next to the Dimona (reactor), a nuclear weapons site, and says Iran should be destroyed,” Mohammad Javad Zarif said Monday in Tehran during a news conference with visiting German Foreign Minister Heiko Maas.

His comments came on the same day as the United Nations nuclear watchdog, the International Atomic Energy Agency or IAEA, said that Iran is increasing its uranium enrichment.

Netanyahu responded to Zarif by saying that he is “lying again.”

“Iran is the one that openly threatens, every day, to destroy the State of Israel. Iran continues to entrench itself militarily in Syria. And today, the IAEA reports that Iran is accelerating its nuclear program,” Netanyahu said Monday evening in a statement issued by his office.

“I repeat: Israel will not allow Iran to develop nuclear weapons that threaten our existence and endanger the entire world,” Netanyahu said.

International Atomic Energy Agency Director-General Yukiya Amano in his quarterly report failed, for the first time since the signing of the Iran nuclear deal in 2015, to state that Iran was observing its commitments under the deal known as the Joint Comprehensive Plan of Action or JCPOA.

He told reporters that Iran’s uranium enrichment has increased, but could not say how much.

Iran said last month that it would partially withdraw from the nuclear deal, a year after the United States withdrew, and keep its excess enriched uranium and heavy water rather than limit its stockpile by selling it to other countries, as mandated under the deal.