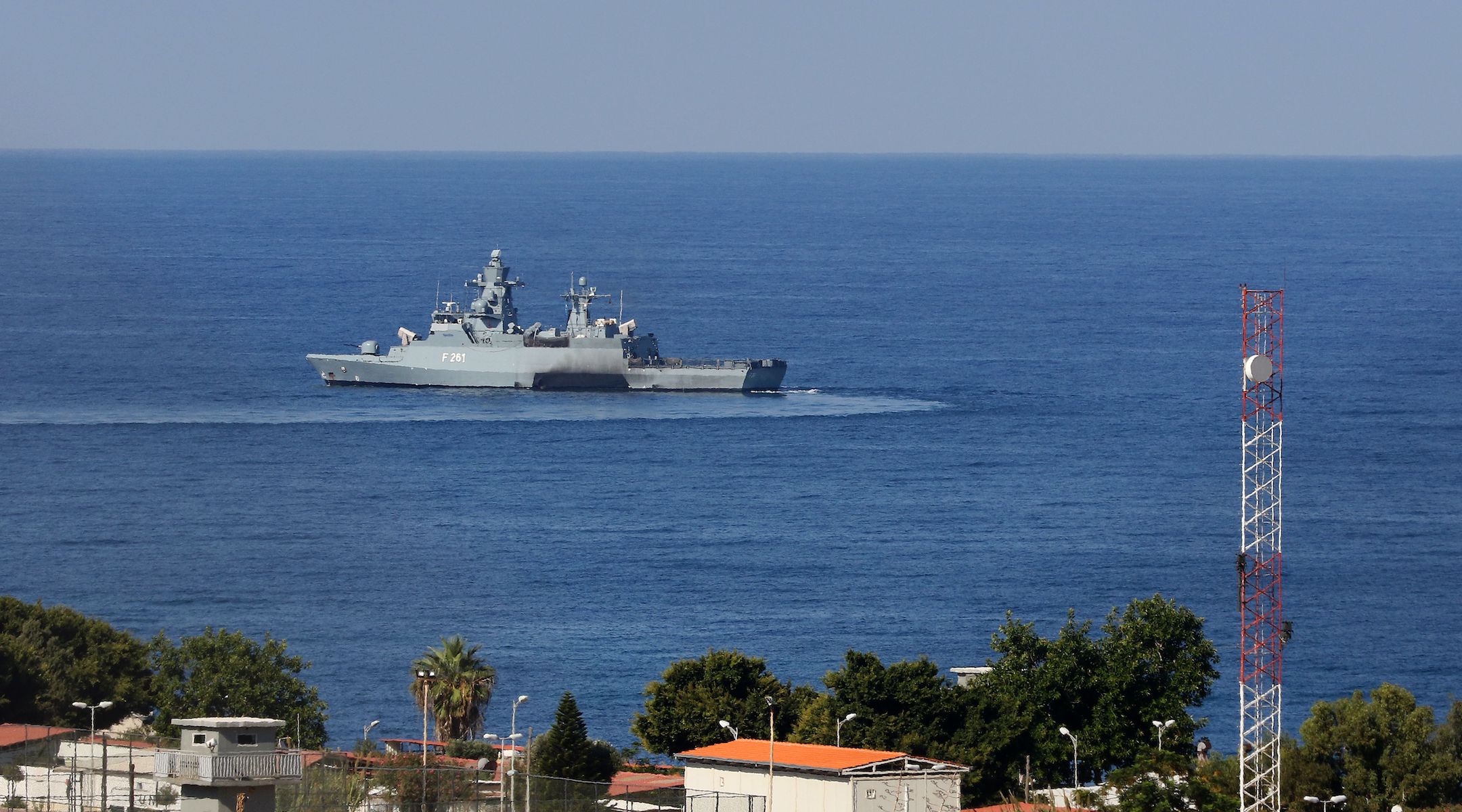 A U.N. ship is pictured in the southernmost area of Naquora, Lebanon, by its maritime border with Israel, Oct. 14, 2020. (Mahmoud Zayyat/AFP via Getty Images)
Advertisement

(JTA) — Israel and Lebanon are “far apart” on coming to an agreement on a maritime border, but the United States remains ready to mediate a deal, Secretary of State Mike Pompeo said Tuesday.

Israel, Lebanon and the United States launched talks in October on delineating a maritime border, the first nonmilitary talks between the two countries in 30 years. Each side emphasized that the talks do not signal normalization, but the fact that they are sitting down to hash out an agreement was seen as historic.

Three months later, the sides appear to be at an impasse, at least according to the tone of the statement released by Pompeo.

“Earlier this year, the Israeli and Lebanese governments sought U.S. assistance in mediating an agreement on their maritime boundary,” Pompeo said. “Such an agreement would offer potentially significant economic benefits to the people of both countries. Regrettably, despite goodwill on both sides, the parties remain far apart. The United States remains ready to mediate constructive discussions and urges both sides to negotiate based on the respective maritime claims both have previously deposited at the United Nations.”

The dispute is over 330 square miles of the Mediterranean Sea. Israel in recent years has been extracting large quantities of natural gas in its maritime territory. Additional deposits may lie within Lebanon’s economic zone, but the absence of a clearly demarcated internationally agreed-upon border is complicating exploration efforts there.