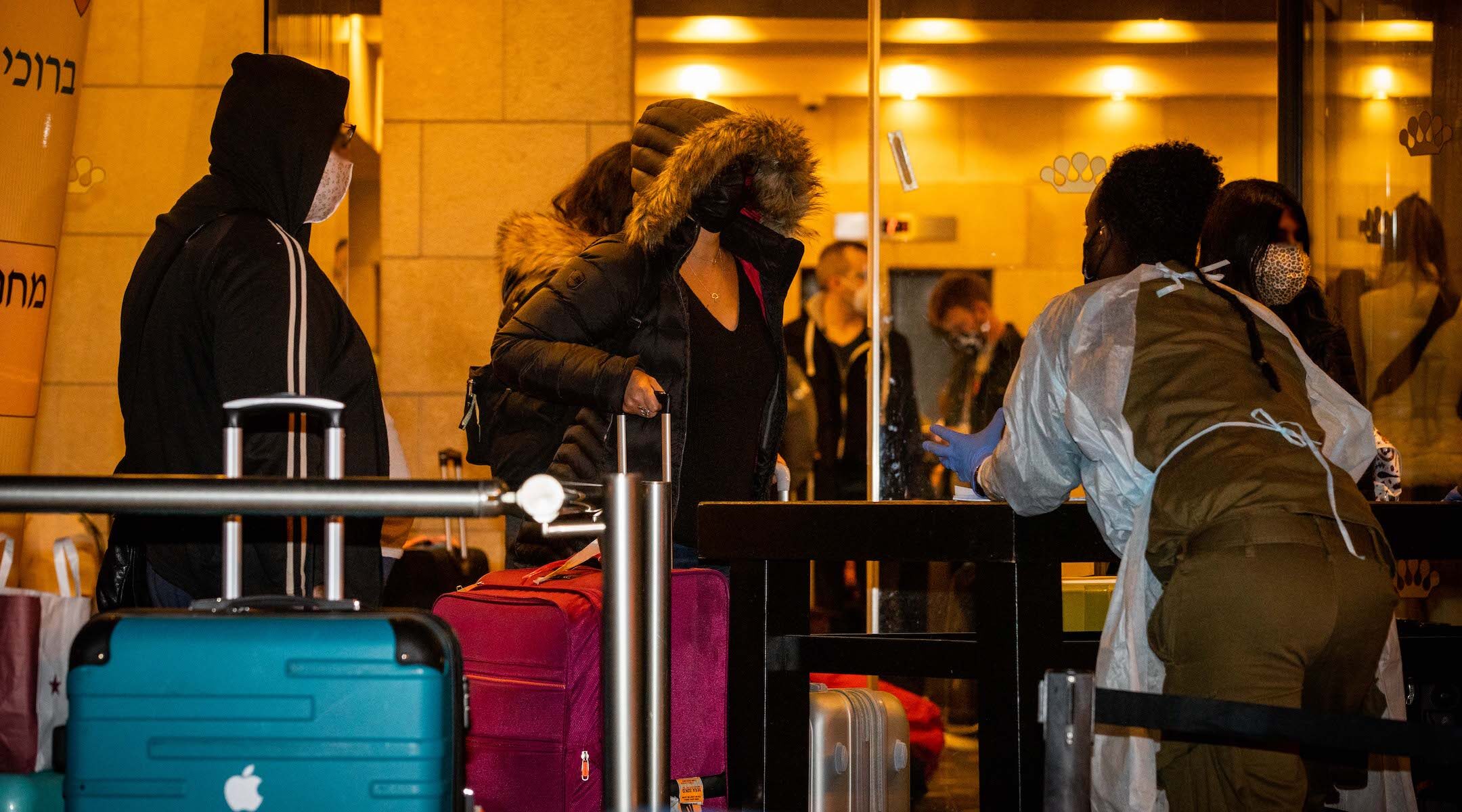 (JTA) — A spike in coronavirus cases coupled with the threat of a new strain of the virus discovered in England has led Israel to shut itself off, once again, to foreign travelers.

In addition, Israelis returning home are required to quarantine in designated hotels for at least 10 days.

The new requirements come as Israeli media is reporting that people confined to the hotels, which have been required for some non-Israeli travelers, are protesting the conditions there, and one person in isolation committed suicide at a hotel on Monday.

Israel currently has a total of over 23,000 COVID-19 cases, and the numbers are also spiking in the West Bank and in Gaza, Haaretz reported.

British authorities say the new strain, which has been tracked in southern England, is up to 70% more contagious. Israel is far from the only country to limit travel from the United Kingdom in response.

Israel’s COVID vaccine rollout began this weekend. As he indicated he would be, Prime Minister Benjamin Netanyahu was the first Israeli to receive the vaccine, on Saturday, and on Sunday 10,000 medical staff received it. Only 40% of Israelis in a recent survey said that they would get the vaccine as soon as it was available to them, leading to fears that the country will have a tough road to herd immunity.