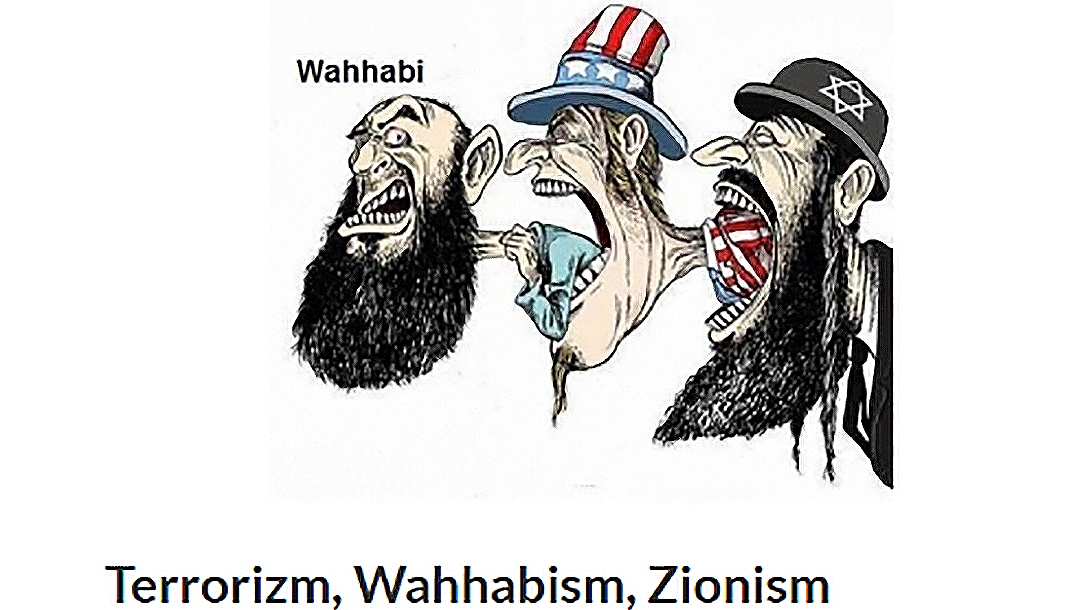 A poster of a Jew eating Uncle Sam that was used to advertise a session at the 2016 World Social Forum in Canada. (NGO Monitor)
Advertisement

(JTA) — Promoters of boycotts against Israel in Brazil will teach about anti-Semitism and anti-Zionism at an international social justice summit with a history of Jew-hatred.

Activists from the Brazil branch of the Boycott, Divestment and Sanctions movement, or BDS, will give a training seminar on Sunday at the World Social Forum that will “clarify the differences between anti-Semitism and anti-Zionism, concepts that are frequently equated by Zionist propaganda to criminalize Palestinian resistance to occupation,” BDS Brazil said in a statement.

The World Social Forum was created in 2001 in Brazil as an alternative to the World Economic Forum in Davos, Switzerland. Many of its thousands of participants belong to the far left, as well as promoters of the Palestinian cause, including the BDS movement.

This year’s summit, which will be online due to the COVID-19 pandemic, is the first time that activists from the BDS movement are using the summit to teach about anti-Semitism. The movement has faced accusations of being anti-Semitic.

In 2016, the World Social Forum canceled one of its own events on Israel following an outcry over allegedly anti-Semitic imagery used to promote it. Titled “Terrorizm, Wahhabism, Zionism,” the event was advertised with a cartoon of a Jew eating an Uncle Sam.

Germany’s parliament in 2019 called BDS an anti-Semitic movement in a resolution, as has the U.S. State Department.

BDS advocates, including some Jews, defend the movement as a reaction to Israel’s alleged violations of international law, particularly in its treatment of Palestinians.