A UN forum singles out Israel, saying it violated women’s and human rights 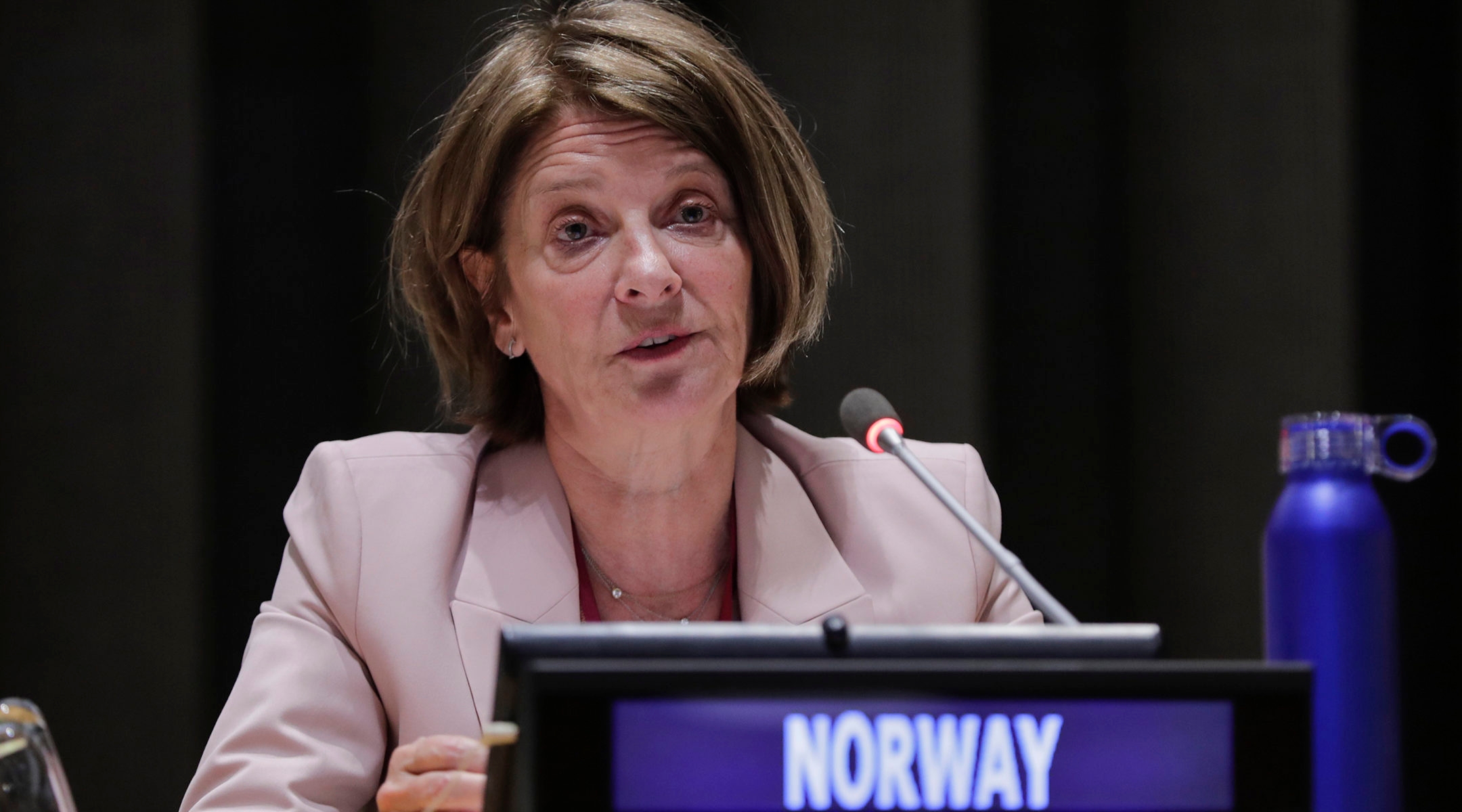 Mona Juul, president of the UN Economic and Social Council at the UN Headquarters in New York, on May 30, 2019 (Luiz Rampelotto/NurPhoto via Getty Images)
Advertisement

(JTA) — Norway and six EU countries voted at the United Nations in favor of two resolutions that singled out Israel for criticism as a violator of women’s and human rights.

Israel was the only country named Tuesday as a violator or trouble spot by the 54-nation UN Economic and Social Council during the session, according to the UN Watch organization.

The council’s rotating president is currently the Norwegian UN ambassador. France, the Netherlands, Denmark, Ireland, Luxembourg and Malta joined China, Russia, Iran and Venezuela and 29 other nations in supporting a resolution that says “that the Israeli occupation remains a major obstacle for Palestinian women and girls with regard to the fulfillment of their rights.”

Only Canada and the United States voted against the resolution. The United Kingdom, Germany, Brazil, Mexico, Romania and Ukraine were among the nine nations that abstained.

Nikki Haley, the previous US ambassador to the UN, tweeted on Thursday: “It amazes me how the U.N. condones votes like these. It is a total mockery of human rights to allow Saudi Arabia, Iran, Pakistan, and Yemen to name Israel as the world’s only violator of women’s rights. #Embarrassing.”

Dutch lawmakers from six parties, including the ruling People’s Party for Freedom and Democracy, submitted a parliamentary query with critical questions to the foreign ministry over the vote. “Do you consider this proportional?” they asked the ministry, which must reply next month.