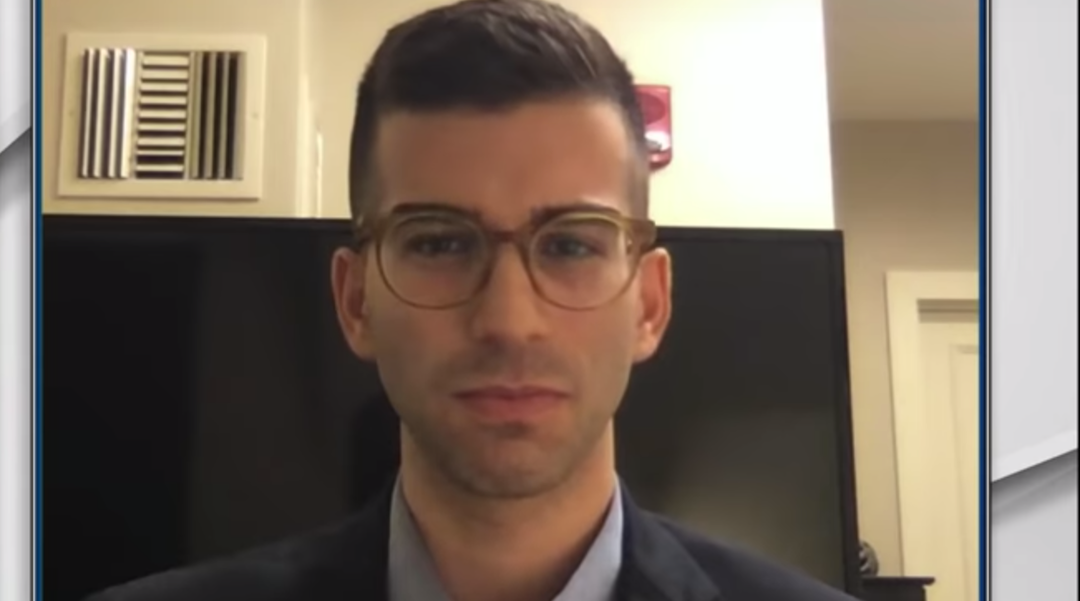 Jonathan Herzog, above, will provide a rare challenge to Rep. Jerry Nadler in the Democratic primary. YouTube)
Advertisement

Jonathan Herzog would be the youngest congressman at 25 and the first Israeli-American congressman, according to a campaign release sent to reporters on Friday announcing his intent to run in the June 23 primary. The release said he has been endorsed by Yang.

It argues that the central proposal in Yang’s presidential campaign, a universal basic income, has gained traction with Republicans and Democrats now proposing similar payments as a means of weathering the economic battering triggered by the coronavirus pandemic.

Nadler, who is Jewish, is the chairman of the U.S. House of Representatives Judiciary Committee. His national profile increased because of the leading role he played in the impeachment last year of President Donald Trump.

He has served in the Congress since 1992 and typically is unopposed in the Democratic primary. His 10th District represents mostly Manhattan and part of Brooklyn.

According to the release, Herzog graduated first in his class at Harvard and has a master’s degree in business from New York University.

The release said Herzog built Yang’s campaign in Iowa, the first nominating contest. Yang’s dismal showing in the state led to his eventual departure from the race for the Democratic presidential nomination.