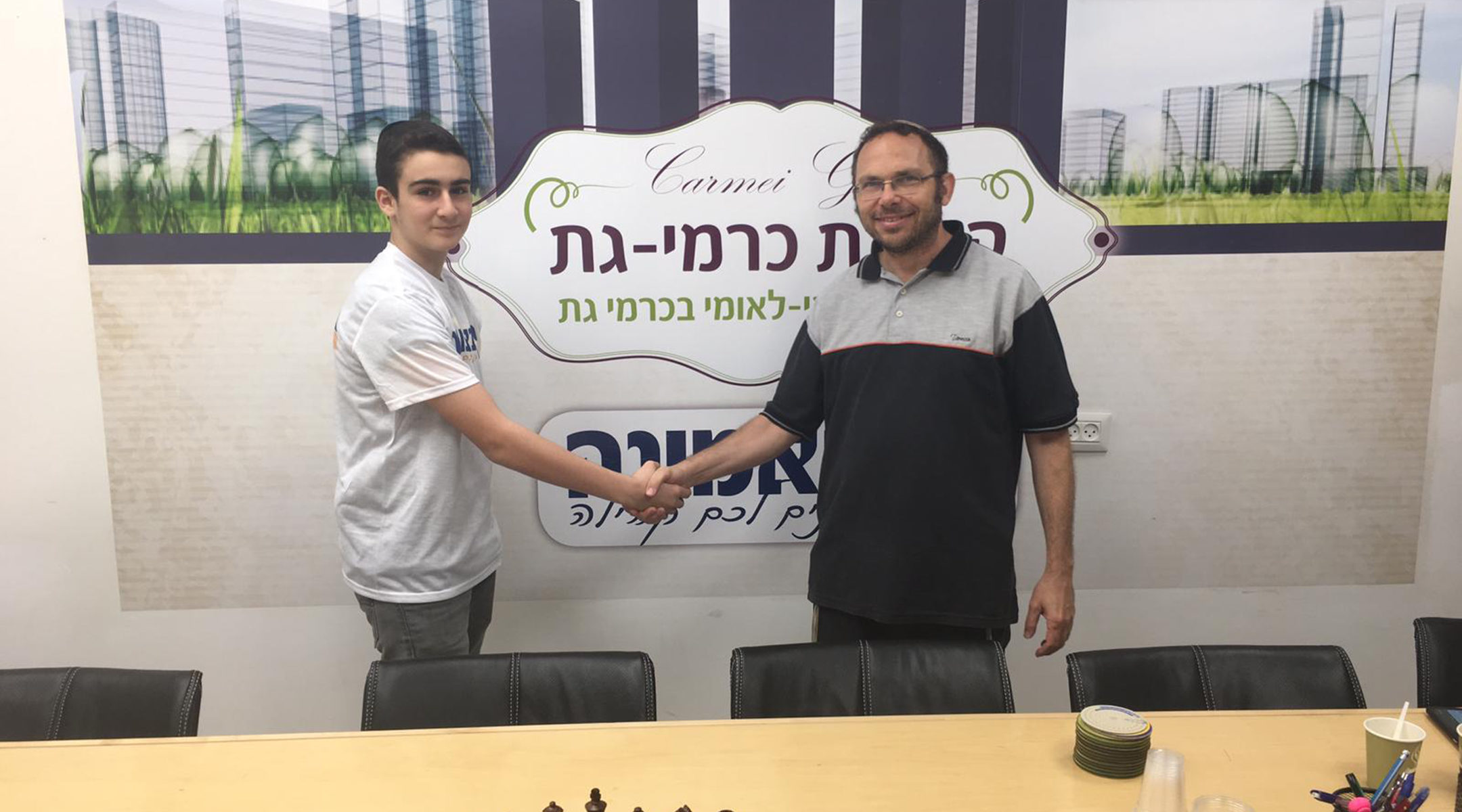 (JTA) — A 14-year-old chess prodigy from Israel turned down free trips to India and Slovakia and compete in chess championships these because they are scheduled to take place on Jewish days of rest and mourning.

Yair Hoffmann attends the Tzviah yeshiva, or religious high school, in Petah Tikva near Tel Aviv. This week he declined the invitation to play at this month’s European Youth Championship in Bratislava in August because it includes games that fall on Shabbat and Tisha b’Av, a day of fasting and mourning over the destruction of the Temple and the exile of Israel.

And he turned down October’s World Youth Chess Championship in India because that match has games on Yom Kippur day of atonement, arguably the holiest day on the Jewish calendar.

Hoffmann won the Israel chess championship in his age category and has achieved a draw in a game against former world champion Viswanathan Anand. He explored with the organizers the possibility of giving him and his rivals a technical draw in the matches scheduled for Shabbat. Hoffmann pulled out when this solution proved out to be unworkable.

Israel Zeira, the CEO of Bemunah, a real-estate firm serving religious communities in Israel, has sponsored Hoffmann’s participation in another international chess tournament scheduled to take place this month in Poland. The International Irena Warakomska Memorial tournament does not fall on Shabbat or any other day when observant Jews refrain from work and other activities permissible on regular days.