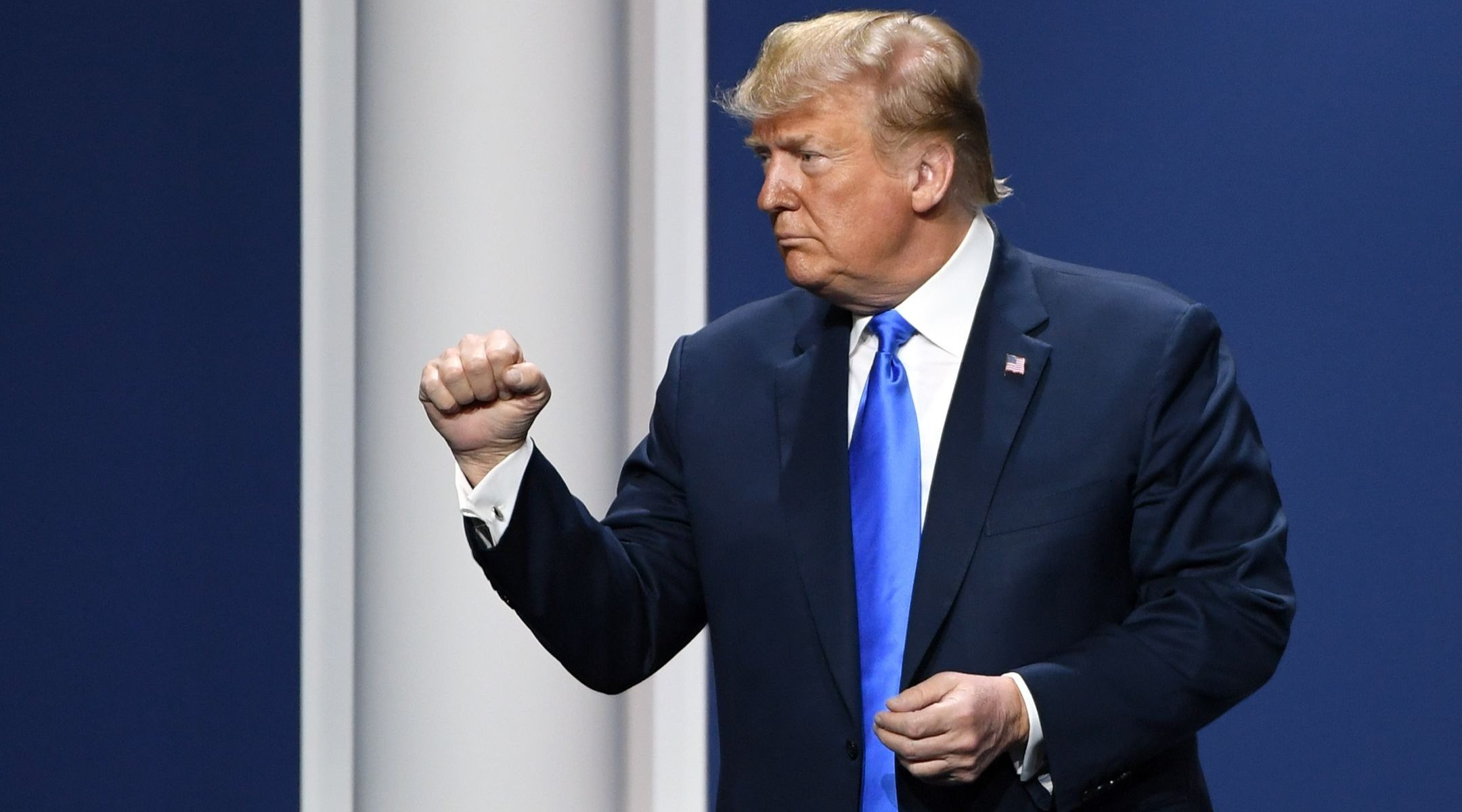 JERUSALEM (JTA) — A square in the central Israel city of Petach Tikvah will be named after President Donald Trump, the city’s mayor announced.

Rami Greenberg said Monday that he decided to name the square adjacent to City Hall for the U.S. president because of “his unqualified support for the State of Israel,” the Israeli daily newspaper Maariv reported.

The square will be dedicated officially on July 4, Greenberg said. The mayor said he will invite the U.S. ambassador to Israel, David Friedman, Israeli Prime Minister Benjamin Netanyahu, government ministers and public figures.

Last month, Netanyahu said he would name a new community on the Golan Heights after the president to thank him for recognizing Israel’s sovereignty over the territory.

A week ago, Transportation Minister Yisrael Katz said in a tweet that a train stop in the Old City of Jerusalem would be named for Trump.

Here, in the Old City of Jerusalem, we will build the Western Wall & Temple Mount train station. It will be named after @realDonaldTrump, who made history and recognized Jerusalem as the capital of Israel. The official announcement will take place on Israel's Independence Day. pic.twitter.com/0b40afUngj