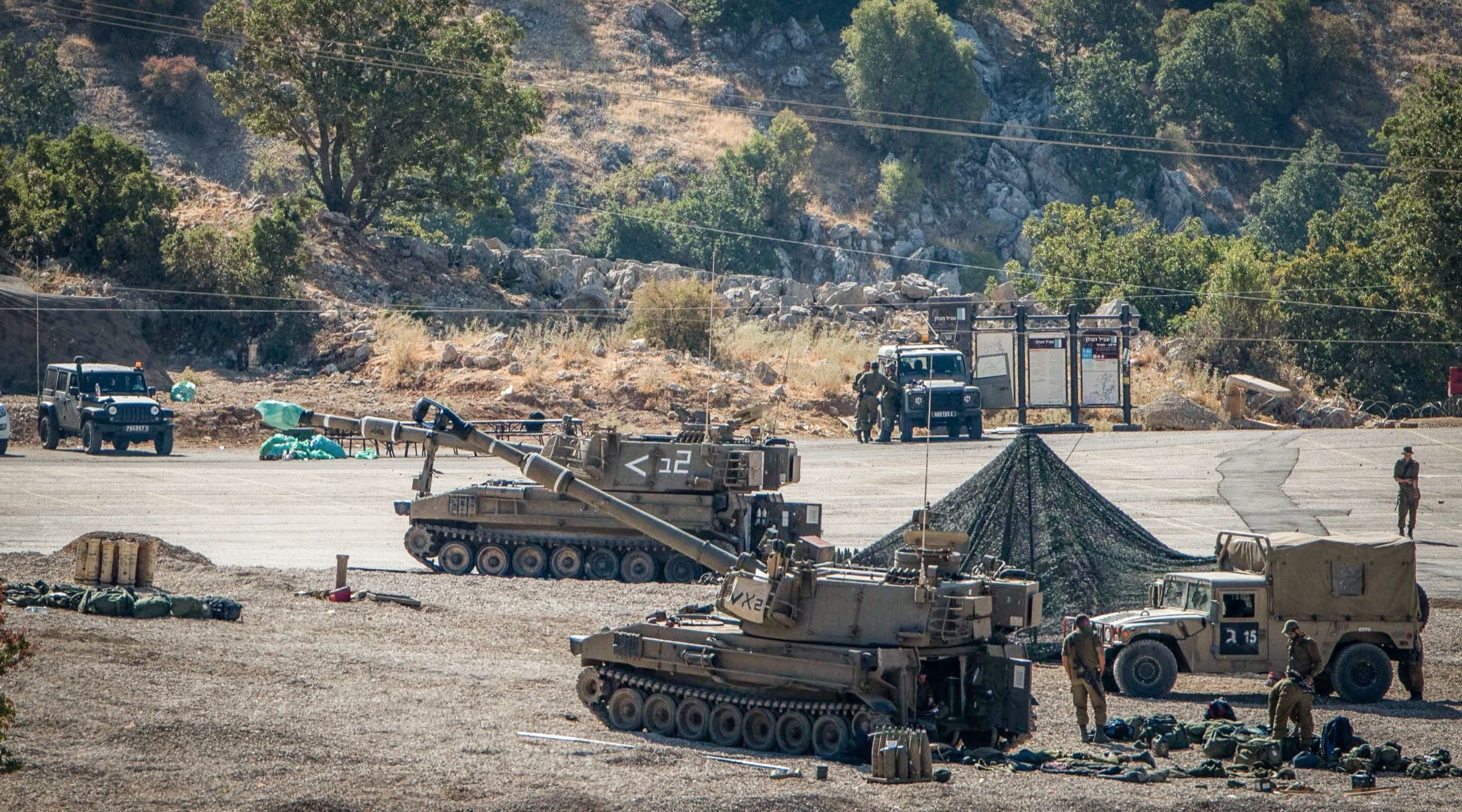 Israeli soldiers with their artillery unit on high alert are seen near the Israel-Syria border on the Golan Heights, Aug. 25, 2019. (Basel Awidat/Flash90)
Advertisement

Israeli fighter jets late on Saturday night attacked Iranian targets in Syria, the IDF said in a statement. They struck several targets of Iran’s Revolutionary Guard Corps’ Quds Force and Shiite militias in the village of Aqraba south of the Syrian capital of Damascus, thwarting an attack against northern Israel.

It was a rare public admission of airstrikes in Syria.  The Israeli government and military have been more direct in recent months about acknowledging airstrikes on Syria, usually targeting bases linked with Iran.

The equipment and four drone commanders arrived in Damascus in recent weeks, according to the IDF, which said it has been monitoring the plot.

IDF Spokesman Jonathan Conricus in a statement called the use of “kamikaze drones” a “new and different tactic.”

The Israeli attack on Saturday night targeted “a number of terror targets and military facilities belonging to the Quds force as well as Shiite militias,” Conricus said. It took place after the IDF determined the Quds force attack was “imminent.” Israeli forces on the Syrian border remain on high alert.

“Iran has no immunity anywhere. Our forces operate in every sector against the Iranian aggression. ‘If someone rises up to kill you, kill him first.’ I have directed that our forces be prepared for any scenario. We will continue to take determined and responsible action against Iran and its proxies for the security of Israel,” Israeli Prime Minister Benjamin Netanyahu, who also serves as defense minister, said in a statement.