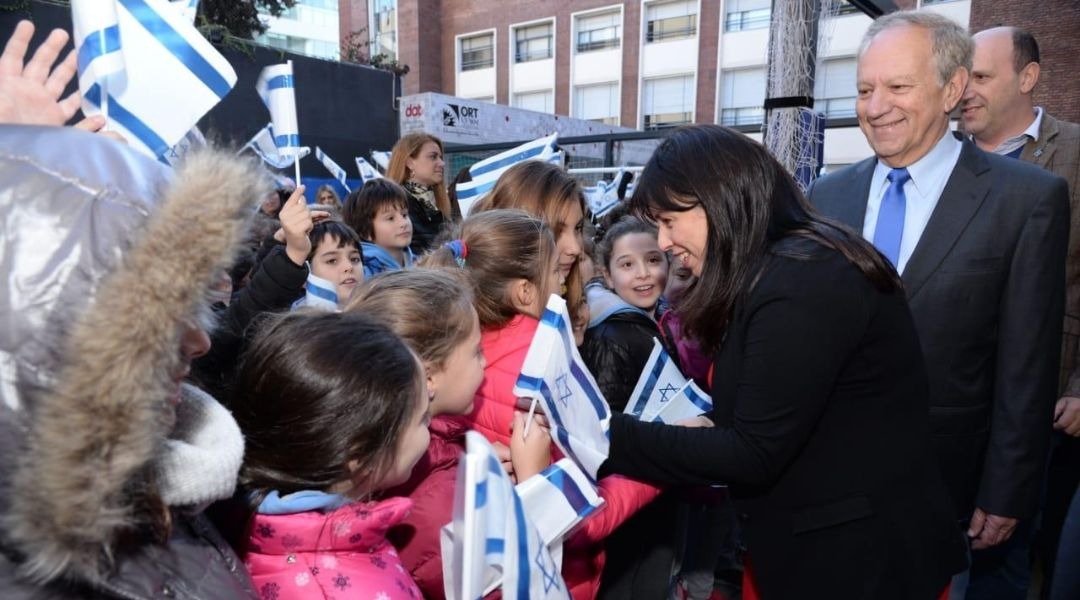 Hotovely paid tribute to the victims of the two terrorist attacks in Buenos Aires, visiting the former site of the Israeli embassy, destroyed in 1992 in a suicide bomb attack that killed 29, and the rebuilt site of the AMIA Jewish Center, razed in 1994 in a bombing that killed 85.

“We know that Hezbollah is responsible for the attacks here and they must pay,” she said in a meeting with reporters in Buenos Aires. In 2007, Interpol issued arrest warrants for five Iranians and a Lebanese over the AMIA attack. Argentina and Israel have long blamed Iran and its Hezbollah proxies for the attack.

On Monday night she was the main speaker at Chabad’s “Women’s Night.”

“I think that to be a feminist today is having the freedom to choose… We can in Israel and I’m a proud religious Jew and very proud of Israel. Very early we had a great woman as prime minister, Golda Meir,” she told attendees from all over the country.

Hotovely posted a tweet in Spanish Wednesday to Michetti which said it was a “great honor and a pleasure to meet a great friend of Israel and a great person.”