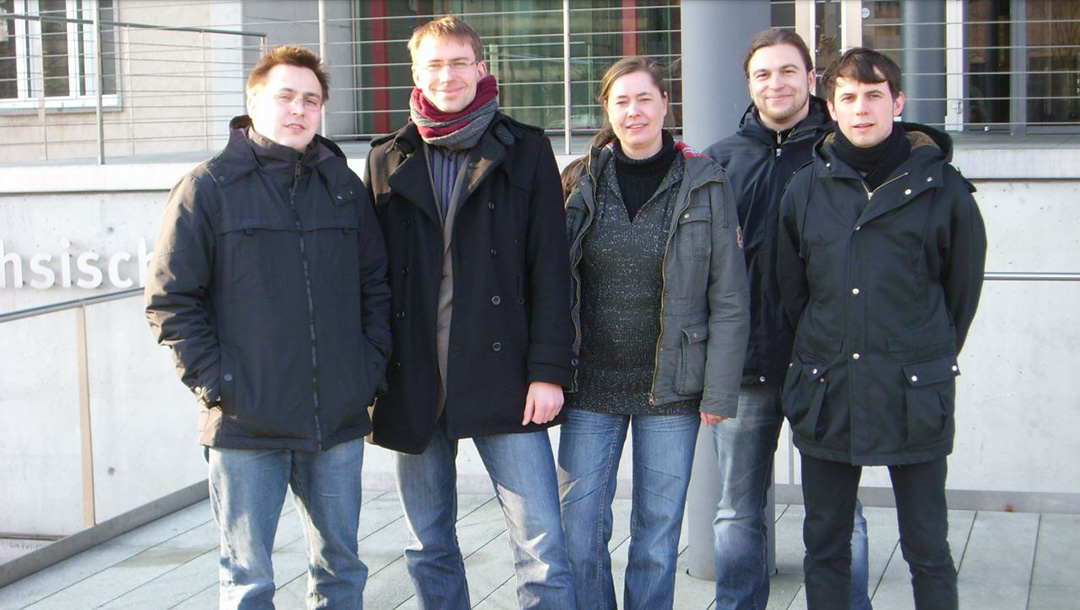 Katrin Wengler, center, seen with state parliament colleagues in 2010, is accused of punching and threatening Hebrew-speaking neighbor with a knife. (Courtesy of the office of Holger Mann)
Advertisement

(JTA) — An Israeli woman living in Germany said her neighbor, a former parliamentary worker for a left-wing party in Germany, tried to break into her home after hearing her speak Hebrew.

The Israeli, 26-year-old Coral Guter, told police that the May 3 incident happened days after Katrin Wengler overheard Guter speaking Hebrew on the phone days earlier. Wengler, 46, is a former office manager for Holger Mann, a lawmaker for the SPD party in the state parliament of Saxony.

On Facebook, Guter wrote that Wengler had told her that Hebrew’s a “bad language.”

In the May 3 incident, according to Guter, Wengler shouted at her: “Leave this country already, you don’t belong here, you are a foreigner!” and threatened to have Guter “deported.” Wengler blocked Guter from entering the building, hit her in the chest and threatened her with a knife, Guter wrote.

Guter quoted Wengler as saying: “Get out of here, go back to your country, I will call the immigration police who will take you from here, go back to Israel.” Wengler tried to break into Guter’s apartment while she was inside with her roommate, Guter wrote.

Guter said she called police twice until Wengler stayed away from Guter’s apartment.

Wengler, who has worked for the Green Party for years and at the SPD until 2014, denied using violence or anti-Semitic language.

“I use a walking aid, I can’t assault anyone,” Wengler told the Tag24 news site.