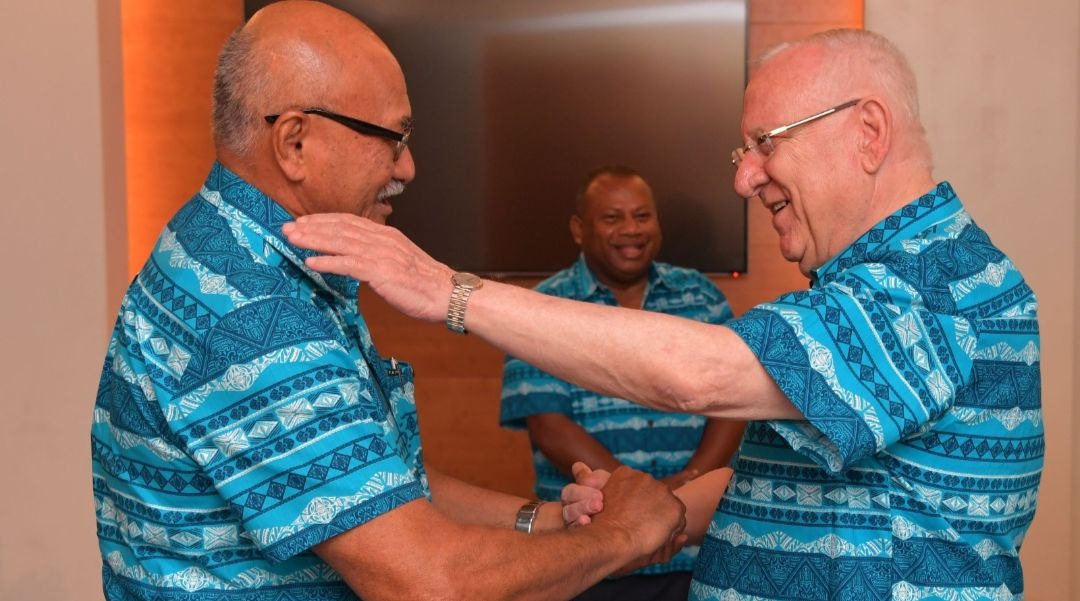 Stopping in Fiji on the way to an official visit the next day to Australia, Rivlin also announced the establishment of 100 new scholarships for Pacific Island students of agriculture to train at the Arava International Center for Agricultural Training in Israel. He also said that Israel will open a center for innovation for the Pacific island states in collaboration with the University of the South Pacific.

At the dinner, the president thanked Fiji for its support of Israel at the United Nations, where it abstained on a 2017 resolution that would have rejected President Donald Trump’s decision to recognize Jerusalem as the capital of Israel. Nauru, Palau and Togo voted against the resolution.

Rivlin noted that his family has lived in Jerusalem for seven generations and the city “always will be the eternal capital of Israel and the Jewish people!”

He added: “We would also deeply appreciate your formal recognition of Jerusalem as our capital, as did the Republic of Nauru. And while I come from the Holy City, here in the Pacific I have found the Garden of Eden.”