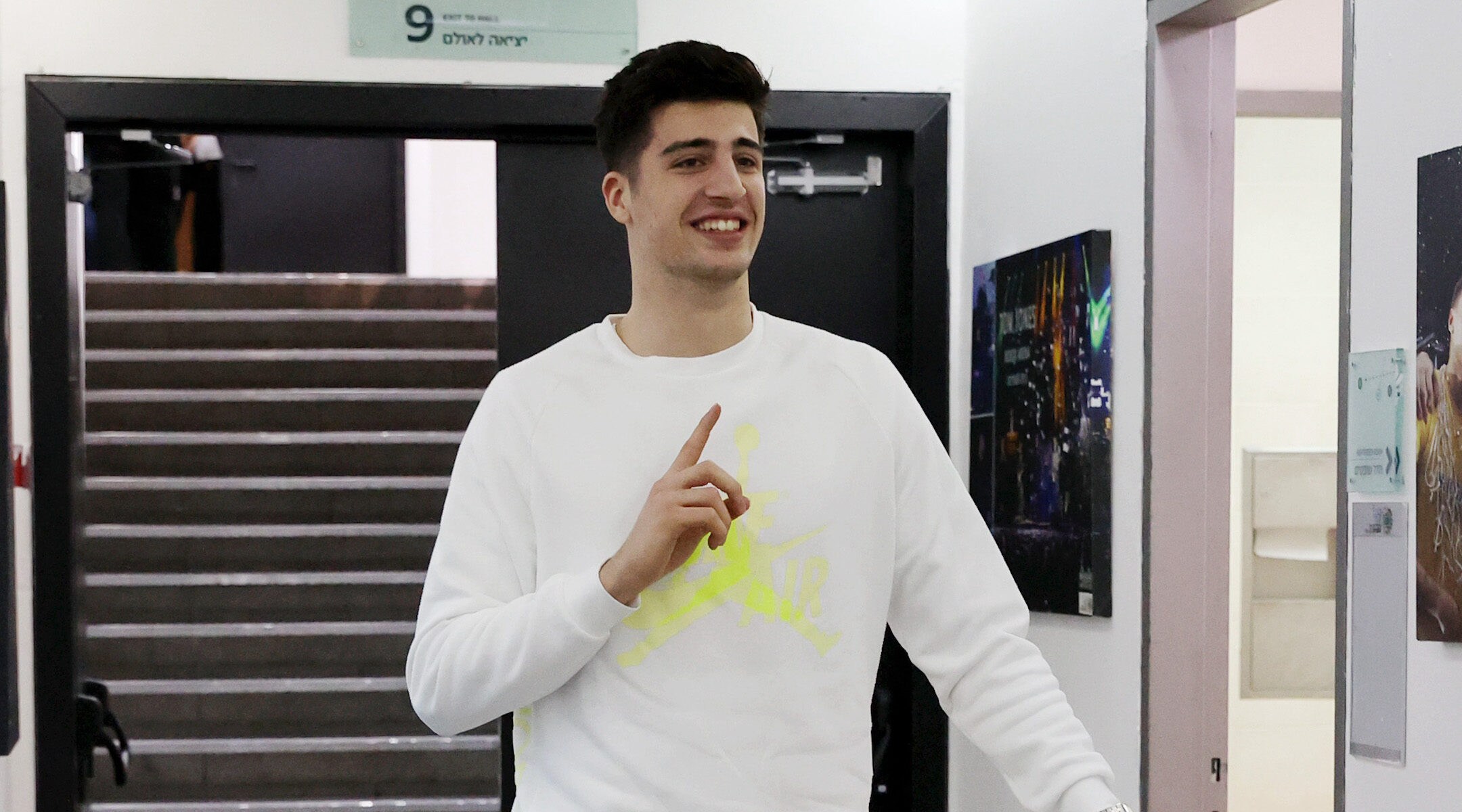 (JTA) — The play-by-play announcer of Sunday night’s NBA preseason game between the Washington Wizards and the Brooklyn Nets was so impressed with Israeli basketball star Deni Avdija’s performance that he made one of the more memorable Jewish sports puns in recent memory.

“It’s the mensch off the bench on Hanukkah!” said the Wizards announcer Justin Kutcher, who is Jewish, after Avdija hit an off-balance shot to score two of his 15 points. Color commentator Drew Gooden added “Shalam,” a genuine attempt at saying “shalom.”

Kutcher was referencing the Mensch on a Bench toy, a Jewish take on the popular Elf on a Shelf toy, and the fact that Avdija, who the Wizards drafted in the first round of the recent NBA draft, had recently come off the bench.

Kutcher had earlier said “Happy Hanukkah!” after Avdija made his first shot.

In total, Avdija hit all six shots he took, including three three-pointers, resulting in 15 points in 24 minutes of playing time.

Before the game he also hugged his former Maccabi Tel Aviv teammate Amar’e Stoudemire, who is now an assistant coach for the Nets. The Wizards posted a photo of their reunion on their official Instagram account with an Israeli flag emoji.

The team on Friday had launched a Twitter feed in Hebrew for its new Israeli fans following their native son.

Avdija, who is just 19 and stands at 6-foot-9, is a native of northern Israel who lives in the coastal town of Herzliya, near Tel Aviv. He holds dual Israeli and Serbian citizenship, as his father, Zufer, a Muslim Serbian-Israeli citizen, played for his native Yugoslavia’s national basketball team as well as several Israeli pro teams in the 1990s. His mother, Sharon Artzi, is a Jewish Israeli and former track and field athlete.

In May, Kutcher spoke to students online at the Charles E. Smith Jewish Day School in Rockville, Maryland.