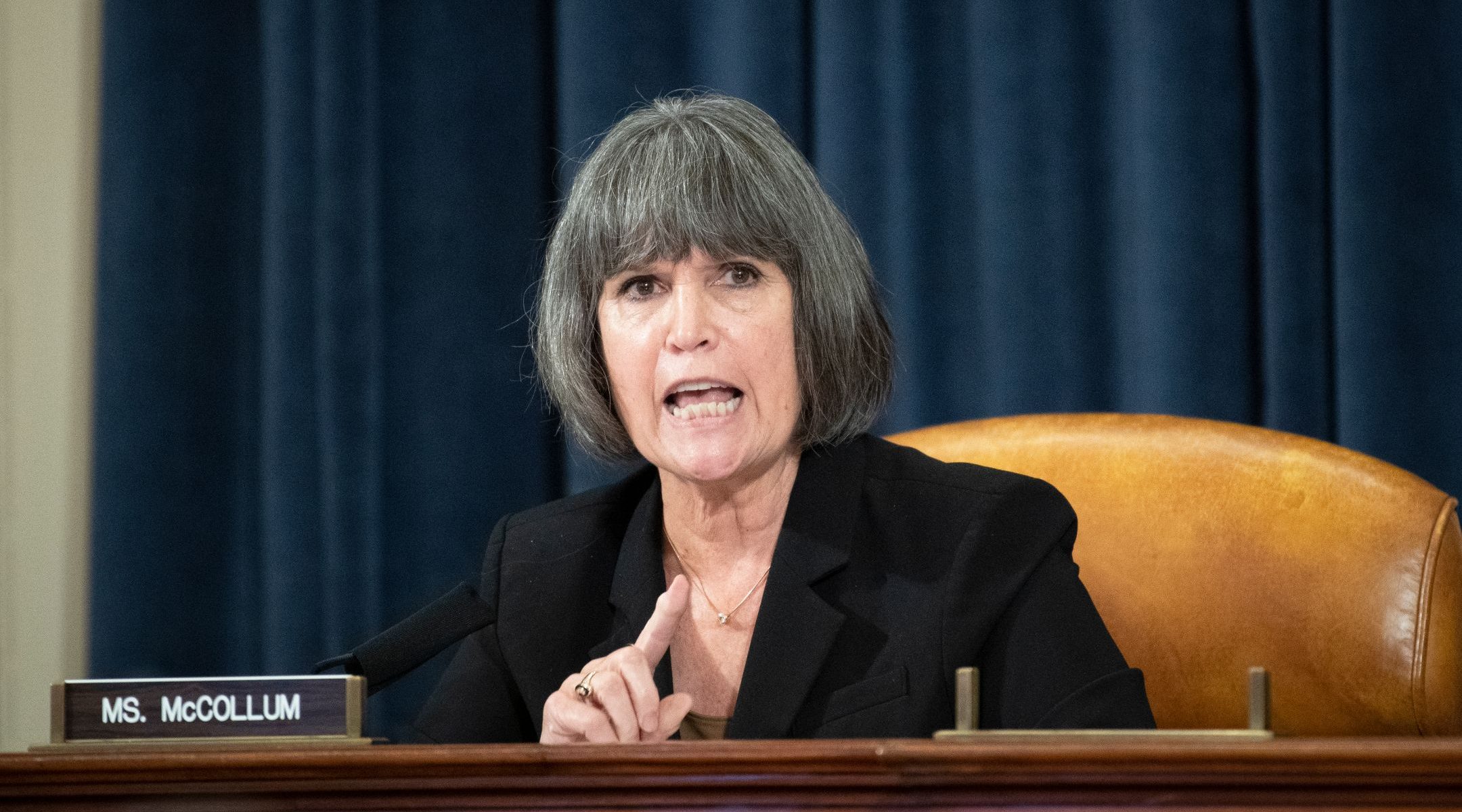 WASHINGTON (JTA) — Two liberal pro-Israel groups, J Street and Americans for Peace Now, are backing a House bill to be presented this week that would list actions Israel may not fund with U.S. money.

The measure, which will be introduced by Rep. Betty McCollum, D-Minn., and was first reported by The Intercept, would restrict Israel from using U.S. funds to detain Palestinian minors, appropriate or destroy Palestinian property or forcibly move Palestinians, or annex Palestinian areas.

The endorsement by two groups that describe themselves as pro-Israel and McCollum’s new seniority as the chairwoman of the defense subcommittee of the powerful Appropriations Committee suggest that the bill could attract broader Democratic support than previous attempts to restrict how Israel spends U.S. assistance. Americans for Peace Now is a member of the umbrella Conference of Presidents of Major American Jewish Organizations.

“It’s time that Congress stand up and defend the human rights of the Palestinian people,” McCollum said Wednesday on Twitter.

Spokesmen for J Street and Americans for Peace Now confirmed that they backed the bill. The latter’s president, Hadar Susskind, emphasized that the bill does not condition aid to Israel but restricts it. Thus Israel may carry out the activities named in the bill, but would incur no penalty if it can show the actions were completed without the use of American funds.

The bill requires State Department and General Accounting Office reporting on whether Israel is using U.S. funds to carry out the restricted activities, but it does not describe a mechanism to penalize Israel.

“The one thing this bill does is that it requires reporting,” Susskind said.

The bill expands prior attempts by McCollum to restrict areas where Israel may spend U.S. funds. McCollum has sought previously to keep Israel from spending U.S. funds on detaining Palestinian minors. Those bills attracted only a handful of backers, and no support from groups that described themselves as pro-Israel. Center and right-wing pro-Israel groups, chief among them AIPAC, have forcefully opposed the McCollum initiatives.

APN and J Street, which launches its annual conference this weekend, did back separate legislation last year that would have banned Israel from spending U.S. money on annexation.