Janet Yellen to be nominated as first female treasury secretary 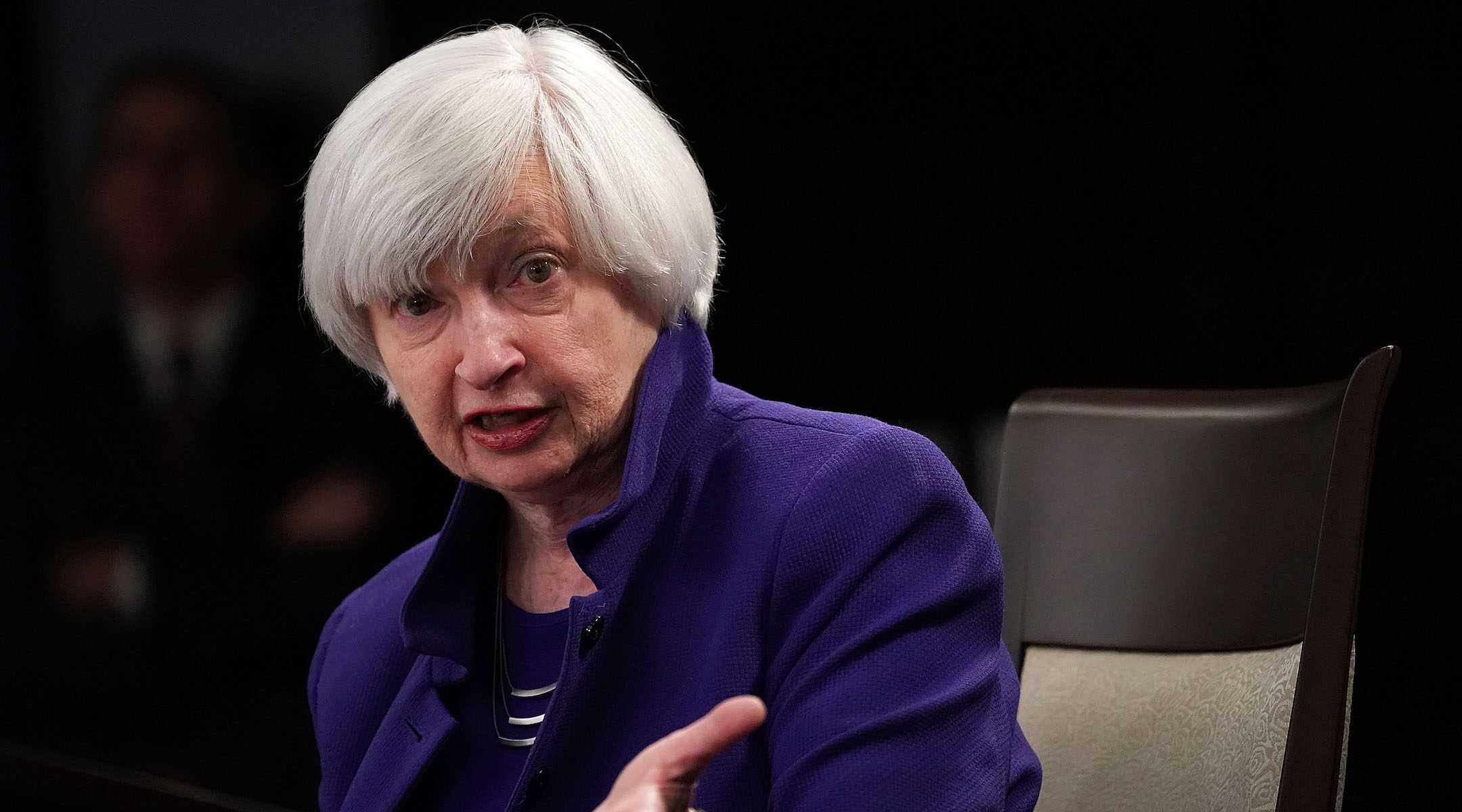 WASHINGTON (JTA) — Joe Biden is set to nominate Janet Yellen as secretary of the treasury, according to multiple reports on Monday. She would be the first woman in the role and the third Jewish treasury secretary in a row, after President Trump’s choice Steven Mnuchin and President Obama’s second term pick Jack Lew.

Yellen, 74, has already made history as the first woman chair of the Federal Reserve, appointed by Obama in 2013. She assumed the job in early 2014. Read our guide to Yellen’s career and Jewish background here.

Yellen, who attended a Reform synagogue in Berkeley, California, featured in an ad Trump ran during his 2016 presidential campaign that featured Yellen and Jewish investor and philanthropist George Soros. Jewish groups denounced the video for juxtaposing them with the “levers of power in Washington” and “global special interests.”

Yellen lasted one term as Federal Reserve chairwoman before Trump replaced her in 2018.

She believes in an activist role for government in combating market volatility, and sees unemployment as more destabilizing than inflation.

RELATED: What to know about Janet Yellen