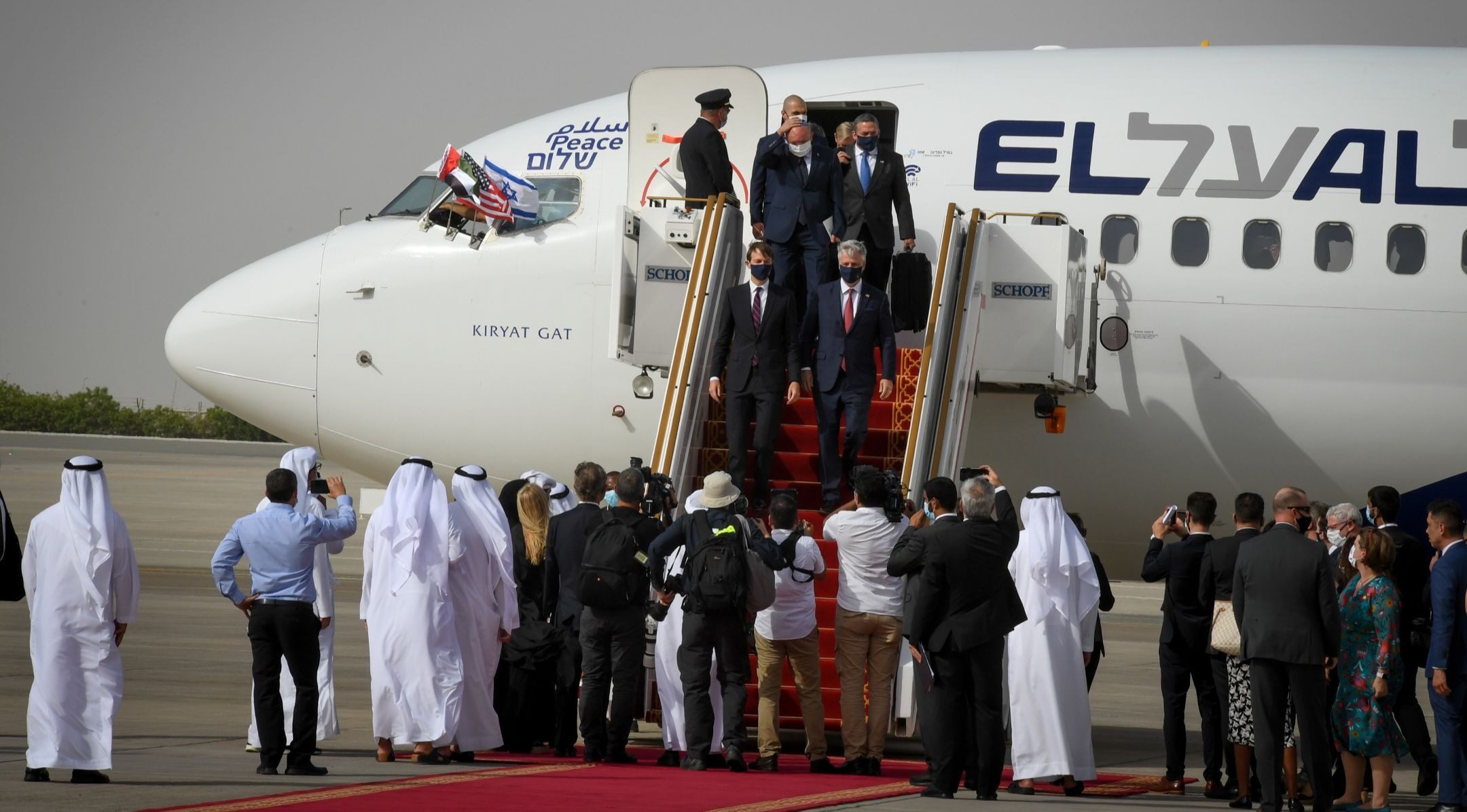 (JTA) — Jared Kushner says he’s “100%” sure that all the Arab countries will follow the United Arab Emirates in formalizing ties with Israel.

The White House senior adviser, an architect of the Trump administration’s Middle East peace plan, made the assertion on Tuesday in Abu Dhabi as delegations from Israel and the United States wrapped up a diplomatic meeting there.

“I think thanks to the UAE leadership there will be a much bigger coalition,” he told the local Emirates News Agency. “[There will be] what I call ‘a vocal majority’ that will be in favor of normalizing. I think the vocal minority who have been against it will be more and more isolated in the region.”

Also Tuesday, the Israeli daily Yediot Acharonot reported that Israeli Prime Minister Benjamin Netanyahu made a secret visit to the UAE two years ago to meet with its leader, laying the groundwork for the recently announced normalization agreement. The newspaper cited unnamed diplomatic sources and said Netanyahu and Crown Prince Mohammed bin Zayed have kept in touch since the meeting.

Netanyahu said at a news conference Monday that Zayed is not the only Arab leader with whom he has met.

“I meet with many many leaders in the Arab and Muslim world, more than you’d think,” Netanyahu said. “There are many things I cannot tell you about, but I do believe they will see light when the time is right. You could see the tip of the iceberg for yourselves in recent years.”

The United States, Israel and the UAE released a joint statement on Monday.

“The accord inverts traditional thinking about the way to address the region’s problems and challenges, focusing on pragmatic steps that have tangible, practical outcomes,” the statement said. “It carries with it the promise of new bridges that will serve to de-escalate existing conflicts and prevent future conflicts.

“And it comes at the right time. Over the last decade we have seen a marked increase in war, destruction, and dislocation, and a growing demographic shift towards a younger population. If we are to meet the needs of current and future generations, we must be responding actively to all these changes.”

The statement also called on the Palestinians to agree to restart peace negotiations with Israel.

Meanwhile, members of the Israeli delegation in Abu Dhabi held a morning prayer service in their hotel. Jews living in Dubai completed the minyan.

The Jewish Agency for Israel and Keren Hayesod-United Israel Appeal, an Israeli humanitarian group, announced Monday that they would begin providing services to the Jewish community in the UAE, which totals over 1,000.