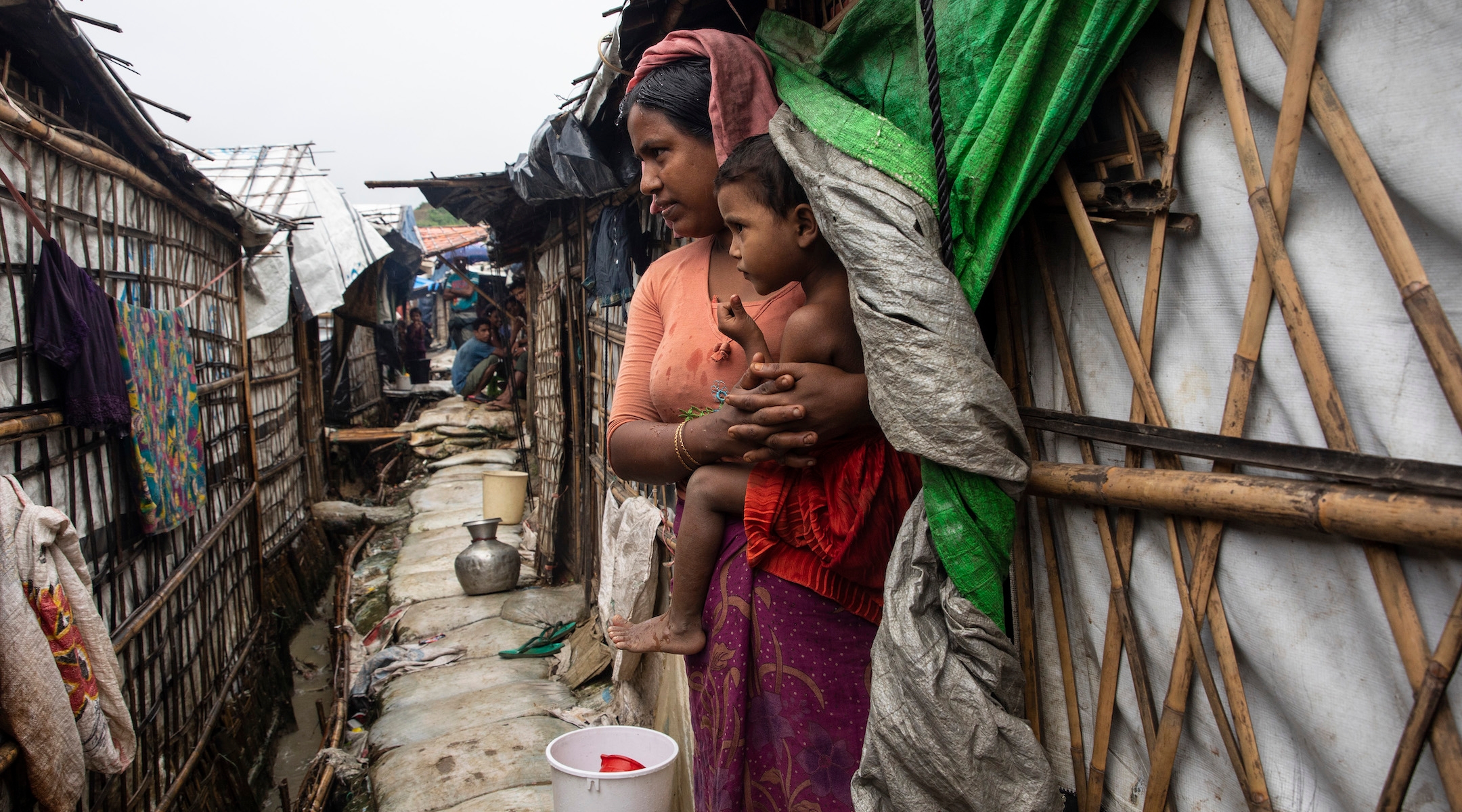 (JTA) — Jewish groups applauded the introduction of a bipartisan bill in the Senate to sanction Burmese officials responsible for the persecution of the Rohingya people.

The legislation calls for the United States to take a number of measures in response to the violence against the Rohingya perpetrated by the Burmese government.

Sens. Ben Cardin, D-Md., and Todd Young, R-Ind., introduced the  Burma Human Rights and Freedom Act on Thursday. It was co-sponsored by 14 lawmakers.

The Jewish Rohingya Justice Network, a coalition of 19 groups convened by the American Jewish World Service and representing major Jewish organizations and the four major denominations, had lobbied for the bill. Last month, AJWS brought a group of American rabbis to Congress to speak to their representatives about the importance for action on the issue. AJWS also facilitated meetings between its partner organizations in Burma and the lawmakers behind the bill.

Some 700,000 Rohingya people, most of whom are Muslims, have fled Burma, which is also called Myanmar, for Bangladesh amid persecution. Refugees and human rights groups say they are being ethnically cleansed by the army in the majority Buddhist country.

In December, the U.S. Holocaust Memorial Museum said it found “compelling evidence” of genocide by Myanmar’s military against the minority group and the House of Representatives passed a resolution declaring the crimes a genocide. However, the State Department has stopped short of doing so.

AJWS Program Officer Hannah Weilbacher, who has helped lead the Jewish Rohingya Justice Network, invoked the Holocaust in speaking about the importance of a Jewish response to the events in Burma.

“The Jewish community knows all too well the horrors of what happens when an international community stands idly by as a genocide unfolds,” she told the Jewish Telegraphic Agency on Thursday. “The persecution, the violence, the human rights violations and genocide of the Rohingya people echoes the Jewish people’s history across time, across place, and really calls us to come together and have a unified Jewish response to this crisis.”