Evidence of Rohingya genocide is ‘compelling,’ US Holocaust Museum says 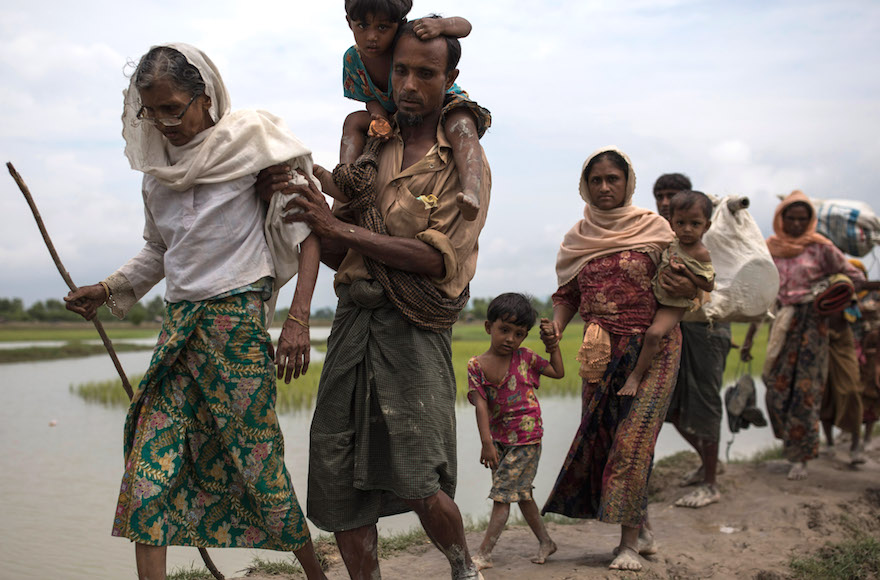 WASHINGTON (JTA) — A key committee of the U.S. Holocaust Memorial Museum has found “compelling evidence” of genocide by Myanmar’s military against the Muslim minority Rohingya.

“The Burmese military’s campaign against the Rohingya, especially the attacks of August 2017, have been deliberate, systematic, and widespread,” Lee Feinstein, the chairman of the museum’s Committee on Conscience, said in prepared comments for a conference call Monday with the media. “For the sake of the remnant community of Rohingya still in Burma and those threatened with being returned, we hope this announcement prods action.”

The committee, which advises the genocide prevention work of the museum, asserted that the military “committed ethnic cleansing, crimes against humanity, and genocide” against the Rohingya.

Feinstein said the conclusion was based on reporting by others and the museum’s own on-the-ground research, particularly into the August 2017 actions that “included mass killing, rape, torture, arson, arbitrary arrest and detention, and forced displacement of more than 700,000 people.”

Naomi Kikoler, the deputy director of the museum’s Simon-Skjodt Center for the Prevention of Genocide, said the conclusion was consistent with the museum’s mission, which is rooted in the failure of actors prior to the Holocaust to anticipate and prevent the coming genocide.

“We want to help set the historical record for the future and for the Rohingya who continue to be at risk of genocide today,” she said on the phone call.

Myanmar, also known as Burma, has said its actions against the Rohingya were the result of justifiable counterinsurgency operations against militants.