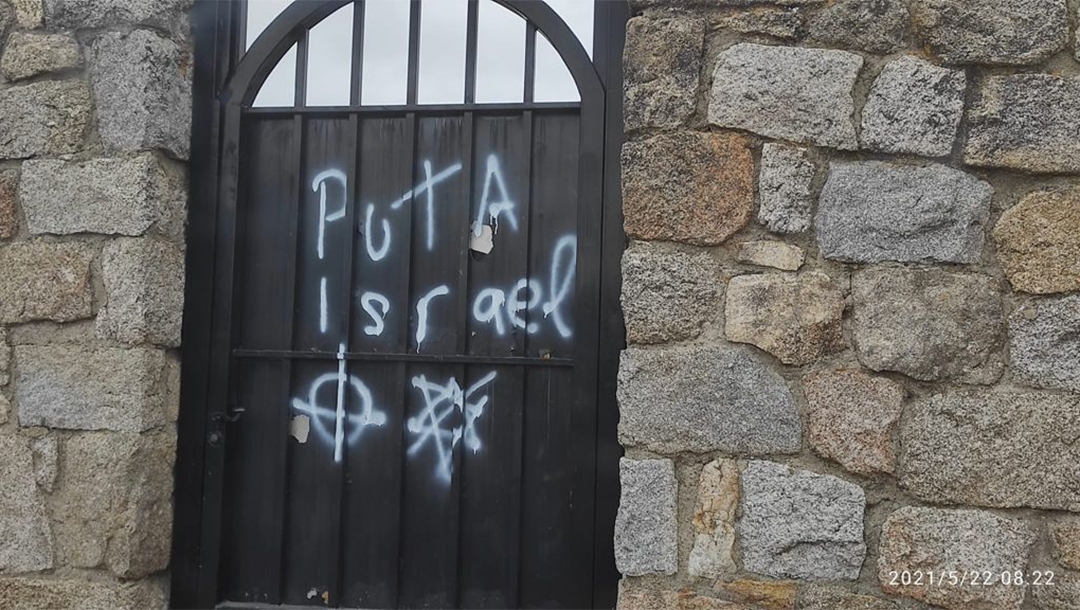 (JTA) — In one of three antisemitic incidents in Berlin, a Jewish man wearing a kippah was punched in the face while antisemitic slurs were hurled at him.

European cities have seen a spike in antisemitic incidents since the start of new fighting between Israel and Hamas earlier this month. Despite a ceasefire, the number of antisemitic acts has not abated.

In the assault in Berlin, three men harassed the Jewish man, 41, on Saturday night in Schöneberg Dürer Square, in the German capital’s south, Taggespiel reported,  before one punched him. The victim was not seriously injured.

The previous day, a group of young men were seen chanting antisemitic slogans against Jews on Helmhotz Square in the northern neighborhood of Prenzlauer Berg. Police are investigating both incidents.

On Monday, police arrested an inebriated man who had kicked people at a subway station while shouting antisemitic insults.

In southern Ukraine, a rabbi in Nikolayev discovered the large swastika upon arriving at the synagogue on Saturday.

“There is otherwise no signs of hostility to Jews and the community’s feeling safe,” Rabbi Sholom Gotlib told the Jewish Telegraphic Agency on Wednesday.

In Spain, a crossed-out Star of David and the words “f—king Israel” were discovered on the gate of the Jewish cemetery of Hoyo de Manzanares, north of Madrid, Tele Madric reported.