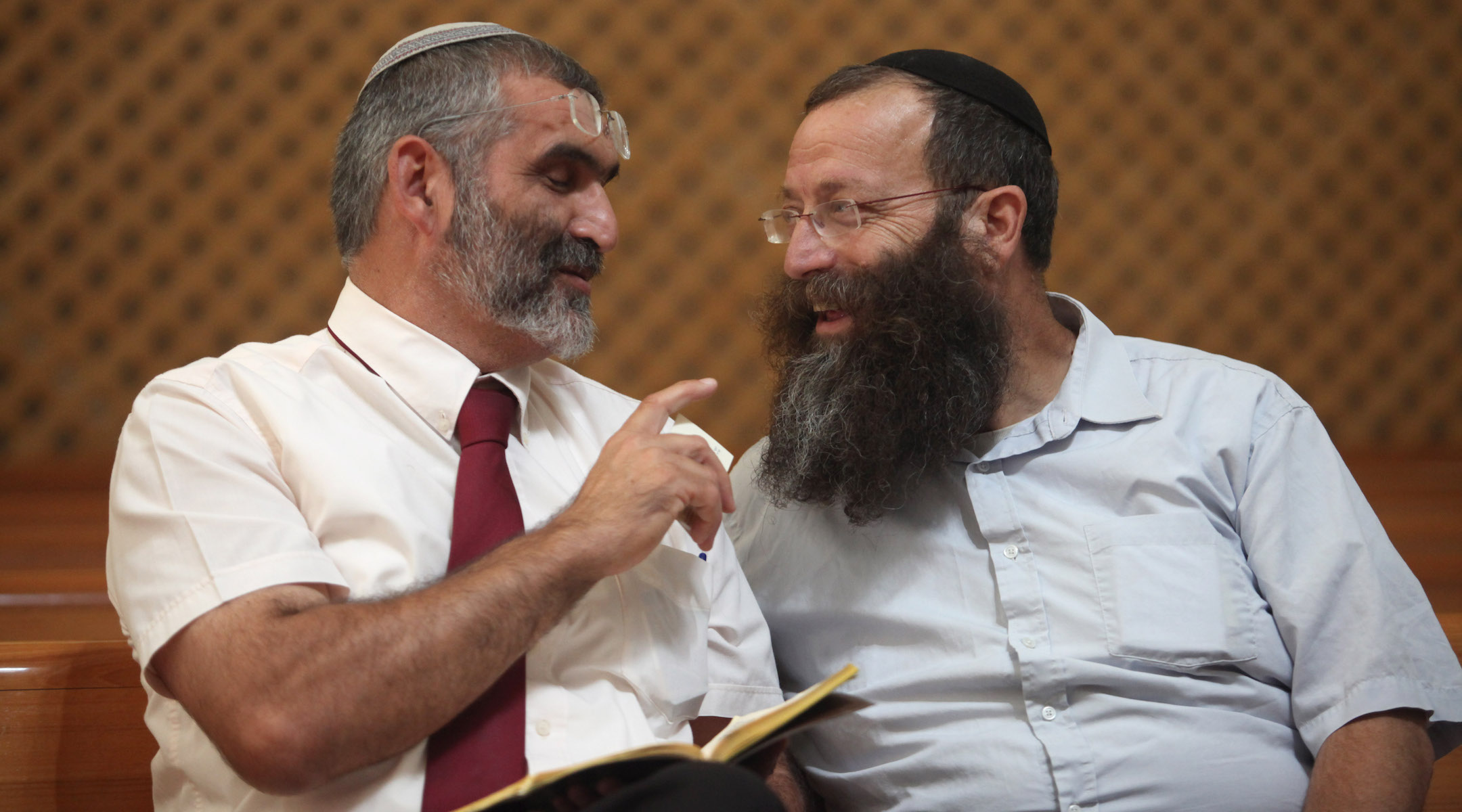 JERUSALEM (JTA) — The Otzma Yehudit Party has filed a $27.6 million lawsuit against a religious-Zionist rabbi for slander over his Shabbat morning sermon.

The Otzma Yehudit or Jewish Power party, which last week joined at Prime Minister Benjamin Netanyahu’s urging with The Jewish Home party, subscribes to the racist, anti-Arab views of the late Meir Kahane.

Rabbi Benny Lau, spiritual leader of the Rambam synagogue in Jerusalem and a respected religious-Zionist rabbi, on Saturday told his congregants that voting for The Jewish Home party was like backing Nazi Germany’s anti-Semitic Nuremberg Laws.

He said he would “go to war” to prevent the leaders of Otzma Yehudit from entering the Knesset. Two of them, party head Michel Ben-Ari, who has previously served in Knesset, and Itamar Ben-Gvir, an attorney, have spots on The Jewish Home slate.

“Your words were clear slander and gravely insulting,” Ben-Gvir and Ben-Ari wrote in a letter on Sunday morning calling for an apology, the Jerusalem Post reported. “You crossed a red line by comparing Jews to Nazis – Jews who are loyal to the State of Israel, the Land of Israel and the people of Israel. The Nazis murdered six million Jews in the Holocaust and tried to destroy the entire Jewish population of the world, just for being Jews, due to their racism.”

Kahane proposed revoking the citizenship of Arab Israelis and outlawing marriage and sex between Jews and non-Jews. He served in the Knesset for one term, then his party was banned over its racism.