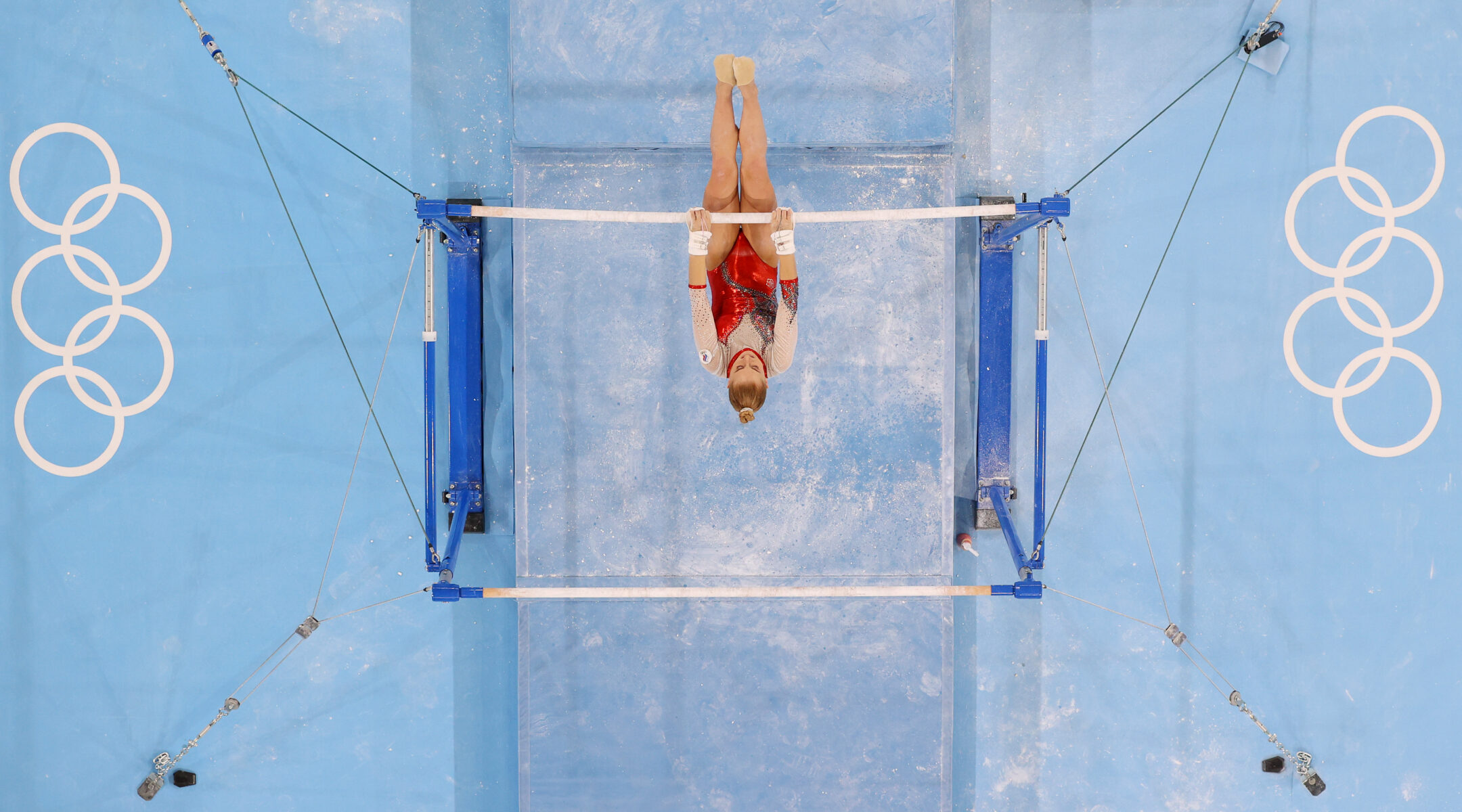 (JTA) — Lilia Akhaimova, a Russian Jewish gymnast competing in her first Olympics, had the lowest all-around score on her team during the qualifying round for the finals, in part because of a balance beam fall.

But in the finals itself, she shone on the vault, her specialty, earning the top score among the 24 competitors and helping to propel the Russian Olympic Committee, a.k.a. Team Russia, to the gold medal.

Russia’s gold was made possible by a stunning turn of events in the women’s team gymnastics competition — the withdrawal of U.S. superstar Simone Biles due to unspecified medical issues. Russia scored 169.528, 3.432 points ahead of the Americans, winning the country’s first women gymnastics gold since the 1992 Olympics.

A Vladivostok native, Akhaimova is a two-time World Championships silver medalist and 2018 European champion with the Russian women’s team. She was an alternate at the 2016 Games in Rio de Janeiro.

She’s also extremely active on TikTok, and has been posting lip-syncs in her team uniform:

Akhaimova will compete in the women’s individual vault competition on Aug. 1.