Jews make up 5% of coronavirus deaths in the UK. They are just 0.3% of the population. 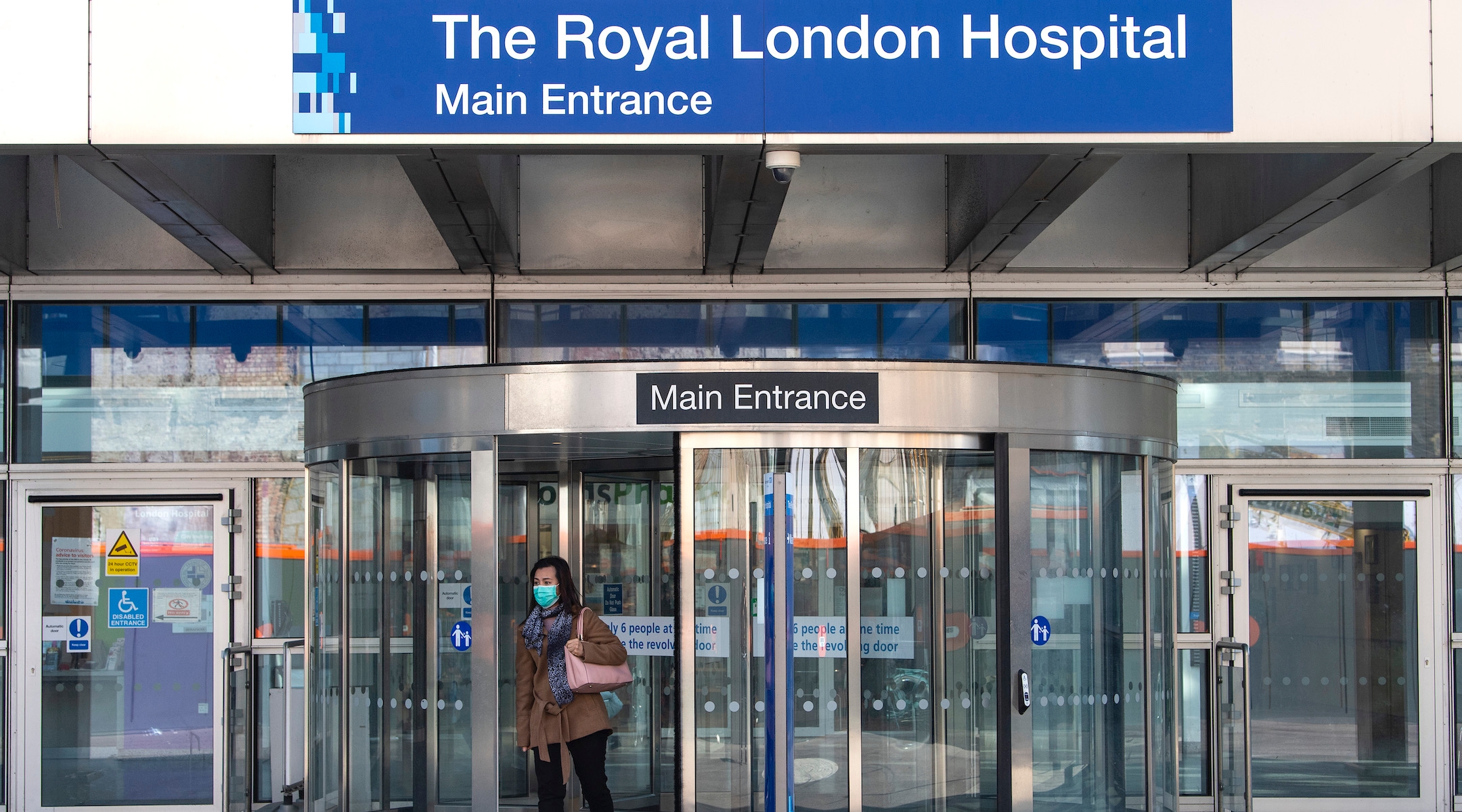 (JTA) — Nearly 5% of all coronavirus-related deaths in the United Kingdom are of Jewish people, who make up just 0.3% of the country’s population, The Jewish News of London reported.

According to the paper’s report Thursday, at least 22 Jewish families have lost loved ones to the disease, which has killed 465 people in the United Kingdom. The U.K. has about 66 million residents and 250,000 Jews.

Jewish community leaders in Antwerp, Belgium, last week predicted a significantly higher infection rate of 85% in their congregation than the 50-70% rate that scientists expect to find in the general population. The leaders cited the large social circles and interaction of the Jewish community.

Among the hardest-hit congregations in the United Kingdom has been the Spanish and Portuguese Sephardi Community, which is based in northern London. It has lost four members in recent days, one of its rabbis told the Jewish Telegraphic Agency on Wednesday.

A man in his 70s who died was connected to the Edgware and Hendon Reform synagogue through his funeral, The Jewish Chronicle reported.

At least two rabbis of died of the disease: Yehuda Yaakov Refson, a senior rabbi in Leeds, was 73 when he died Sunday, and Zeev Willy Stern, a Holocaust survivor, was 86 when he died over the weekend.

Frieda Feldman, 97, died in London on Friday, the same day that she was diagnosed as having the virus, according to the Bhol news site.