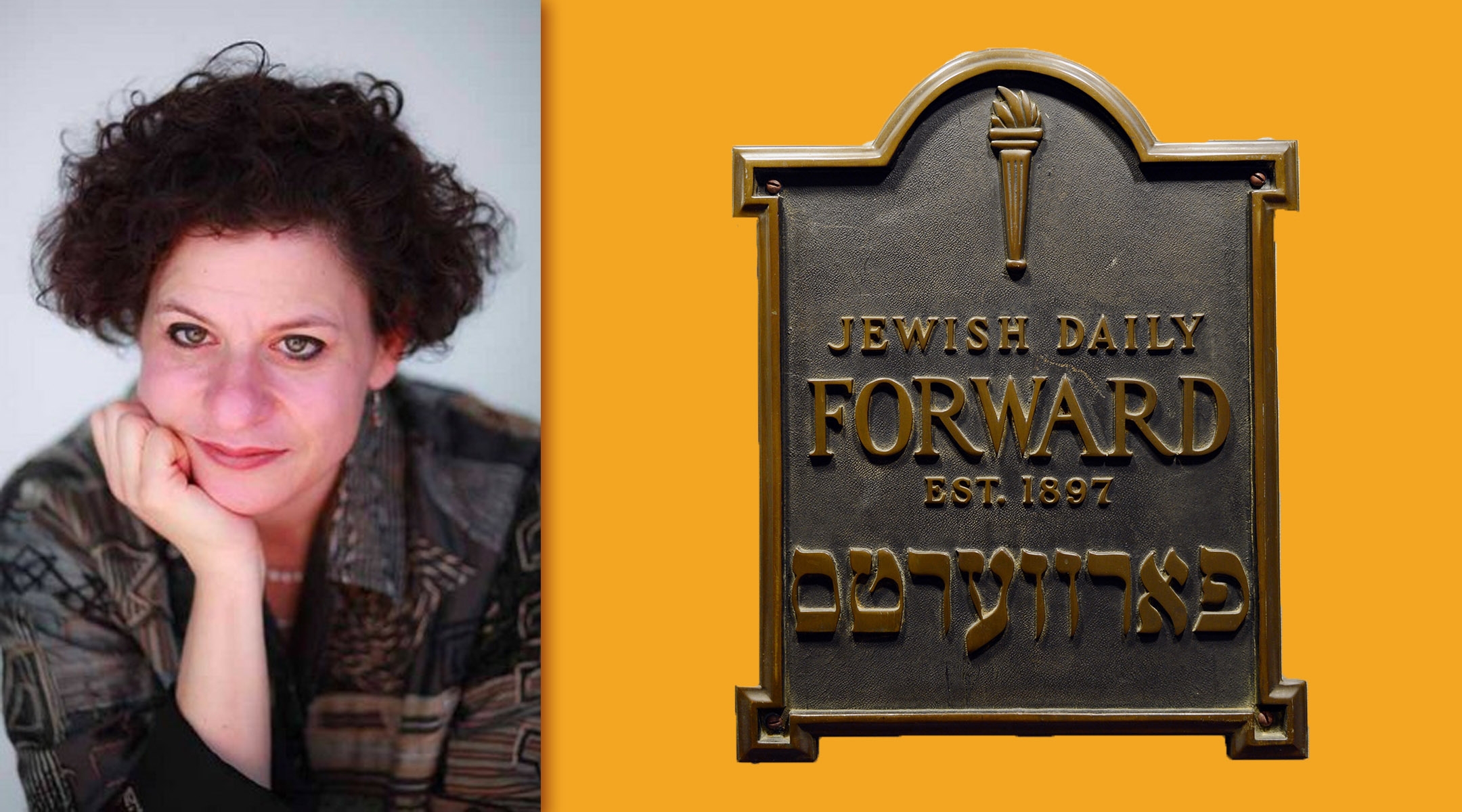 Jodi Rudoren will serve as the new chief editor of the Forward. (Laura E. Adkins for JTA/Getty Images, Twitter)
Advertisement

NEW YORK (JTA) — Jodi Rudoren, a reporter and editor at The New York Times who served as its Jerusalem bureau chief from 2012 to 2016, has been named editor in chief of the Forward.

She succeeds Jane Eisner, who was let go in a sweeping staff cut in January, when the venerable Jewish newspaper announced it would cease its print edition. At the time, its publisher and CEO, Rachel Fishman Feddersen, said the overhaul was part of an “evolution from what was once a print-focused publisher to become a digitally focused publication.”

Rudoren, 48, is the associate managing editor for audience at The Times, where she oversees the newspaper’s newsletters and special initiatives to expand readership in California, outside the United States and among women.

Her tenure in Israel included coverage of two wars between Israel and Hamas in the Gaza Strip, the Iranian nuclear deal, a political crisis within the Palestinian leadership and a spate of deadly terrorism that came to be known as the “Stabbing Intifada.”

“I am thrilled to be joining the Forward, a storied institution ready to reinvent for this digital moment,” Rudoren said in a statement.

“Jodi’s journalism is of the highest caliber, and that combined with her passion for invention and mentorship, plus her abiding interest in and knowledge of the Jewish world, make her a dream addition to our group,” she said.

The Forward was founded as a Yiddish-language newspaper in 1897 by Abraham Cahan, and at the height of the immigration of Eastern European Jews to the United States became one of the largest circulation dailies in the country.

In 1990, following a long period of decline, it launched an English-language weekly under the editorship of Seth Lipsky, an editor at The Wall Street Journal, which earned a reputation for aggressive coverage of Jewish affairs and an influential arts and culture section. Last month, the Forward received 15 Simon Rockower Awards from the American Jewish Press Association, including eight first-place prizes, for work overseen by Eisner.