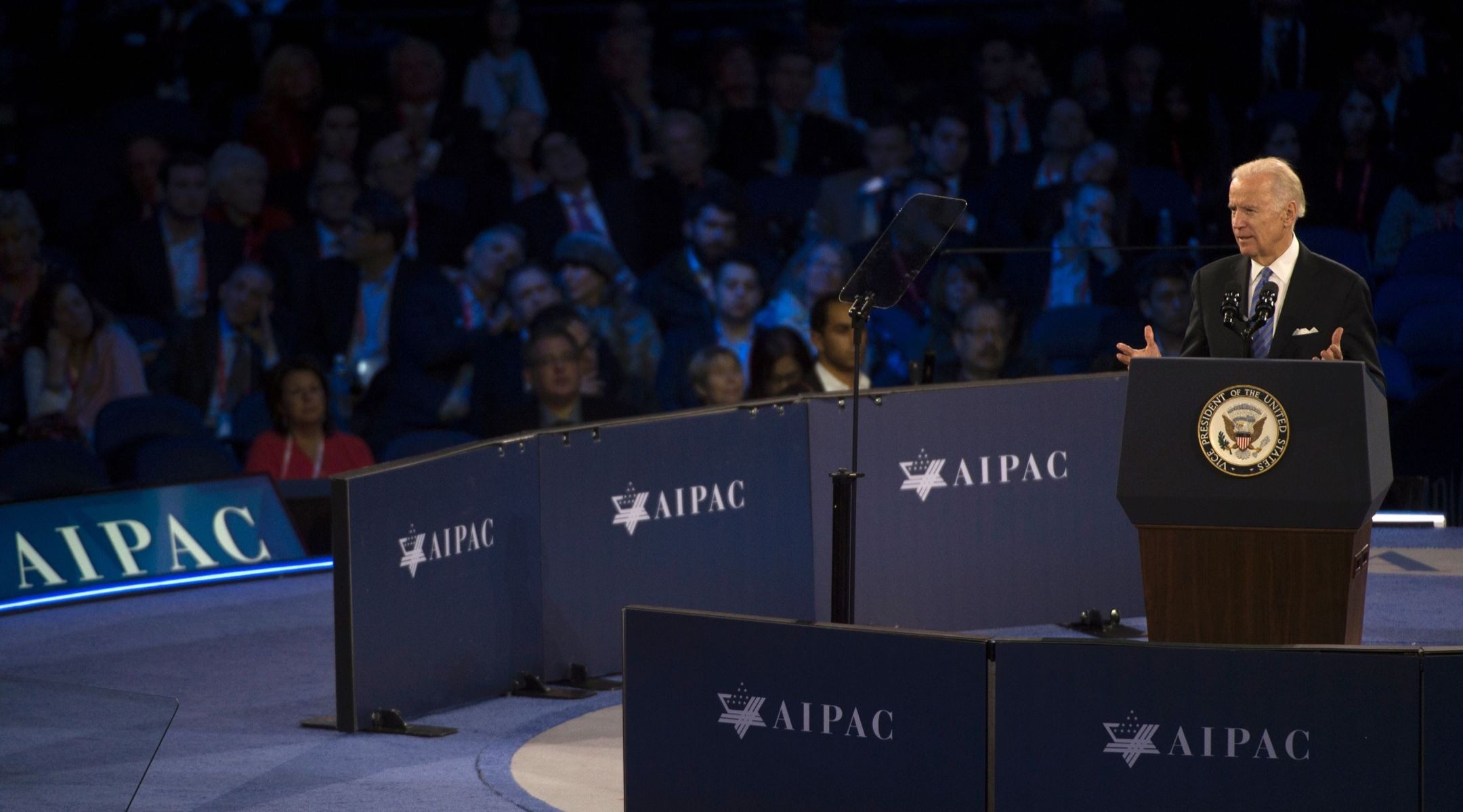 An activist with IfNotNow, the anti-occupation group that is leading the initiative, confronted the former vice president in New Hampshire and cast her question in the context of the 2015 Iran nuclear deal. The activist noted that Biden led the effort to get Congress not to reject the agreement while the American Israel Public Affairs Committee endeavored to scuttle it.

“No, because I’m there to convince,” Biden said in a video of the encounter posted Sunday by IfNotNow on Twitter, “convince them to change their position.”

Among the Democratic presidential candidates, only Massachusetts Sen. Elizabeth Warren has committed to skipping the policy conference, which takes place at the beginning of March. Of those who have been asked by IfNotNow, Vermont Sen. Bernie Sanders said he would not object to attending and former South Bend Mayor Pete Buttigieg said he would have to check his schedule.

The conference takes place in the days leading up to Super Tuesday, the sweep of 15 or so primaries, but in the past candidates busy on the campaign trail have made time to address the conference via video link.