Joe Lieberman is lobbying Republicans to make DC a state 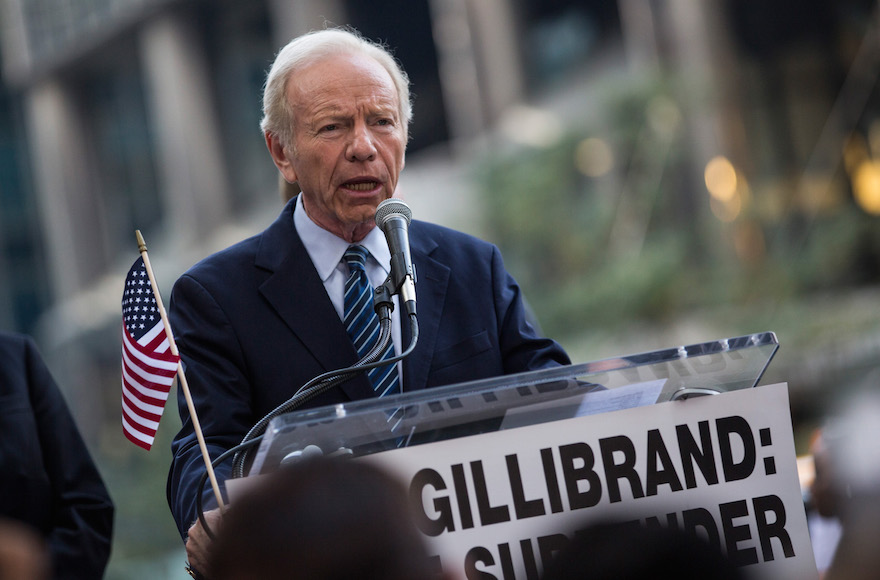 (JTA) — Democrats who hope to make Washington, D.C., a state have tapped Joe Lieberman, known for his cross-party outreach, to make the case to skeptical Republicans.

Forbes reported Wednesday that Sen. Tom Carper, a Delaware Democrat who is spearheading the bid in the Senate now that it has passed in the U.S. House of Representatives, has picked Lieberman to make the sale.

Lieberman, whose last acts in Congress included a D.C. statehood bill in 2012 that went nowhere, told Forbes he “would be glad” to make the case.

A close Republican friend, Sen. Lindsey Graham of South Carolina, told Forbes that Lieberman was on a mission impossible, saying the bill had “zero chance” among Senate Republicans.

Lieberman, the first Jewish candidate on a major-party ticket when he was Al Gore’s running mate in 2000, became an independent in 2006. Two years later he backed the GOP nominee for president, his friend the late Sen. John McCain, although he continued to otherwise caucus with the Democrats. Since leaving the Senate in 2012, Lieberman has led efforts to promote bipartisanship.

Despite a D.C. statehood bill passing the House on party lines this week, and despite the Democrats’ razor-thin majority in the Senate, the statehood push faces daunting prospects. The Senate is split 50-50, with Vice President Kamala Harris holding the deciding 51st vote in case of a tie, but three senators in the Democratic caucus — Joe Manchin of West Virginia, Kyrsten Sinema of Arizona and Angus King of Maine — are not yet on board.

Additionally, without the backing of 60 senators, Republicans will be able to filibuster the vote.

Republicans say the bill is a bid to add two reliably Democratic senators. Democrats say the bill would enfranchise a city with a population larger than Wyoming or Vermont and that has a Black plurality.

D.C. residents vote for president, but do not have voting congressional representation.