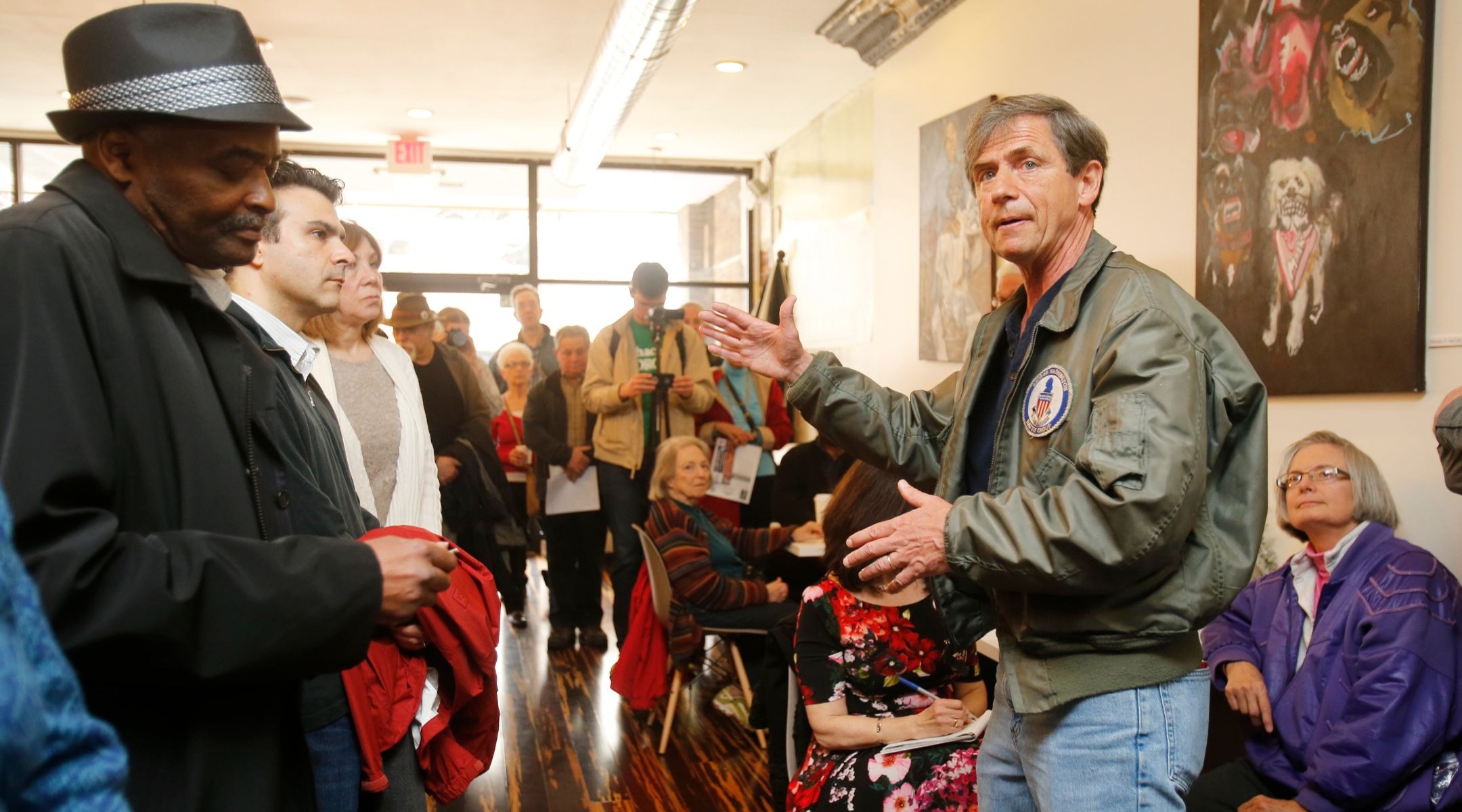 Joe Sestak talks to supporters at a campaign rally in Pittsburgh, March 26, 2015. (Jason Cohn For The Washington Post via Getty Images)
Advertisement

WASHINGTON (JTA) — Joe Sestak, whose failed 2010 Senate race was a precursor of this decade’s shift among Democrats toward increased criticism of Israel’s government, is running for president.

Sestak, 67, is the 25th candidate for the Democratic presidential nomination. His announcement Monday referred to his foreign policy experience, and his advocacy for tax reform and addressing climate change.

Sestak was a retired Navy admiral and two-term Democratic Pennsylvania congressman in 2009 when he announced a primary bid against Arlen Specter, the Jewish senator who had just switched parties from Republican to Democrat.

The party establishment, including President Barack Obama, backed Specter, but Sestak won the primary. He went on to narrowly lose the general election to Republican Pat Toomey, who is still one of the state’s two senators.

Sestak was one of the first endorsees of the then newly established J Street, a Jewish Middle East policy group that favors a two-state solution and pressure on Israel to bring it about.

Sestak’s departures from mainstream pro-Israel orthodoxies, rare at the time, have become commonplace among Democrats, and J Street is now a force to be reckoned with among Democrats vying for Congress, endorsing more than half the party’s caucuses in Congress.

Sestak ran again for the Senate in 2016, walking across the entire state to campaign, but lost the primary.