John Mulaney talks about the dybbuks, or Jewish ghosts, of RBG and Ed Koch with Seth Meyers 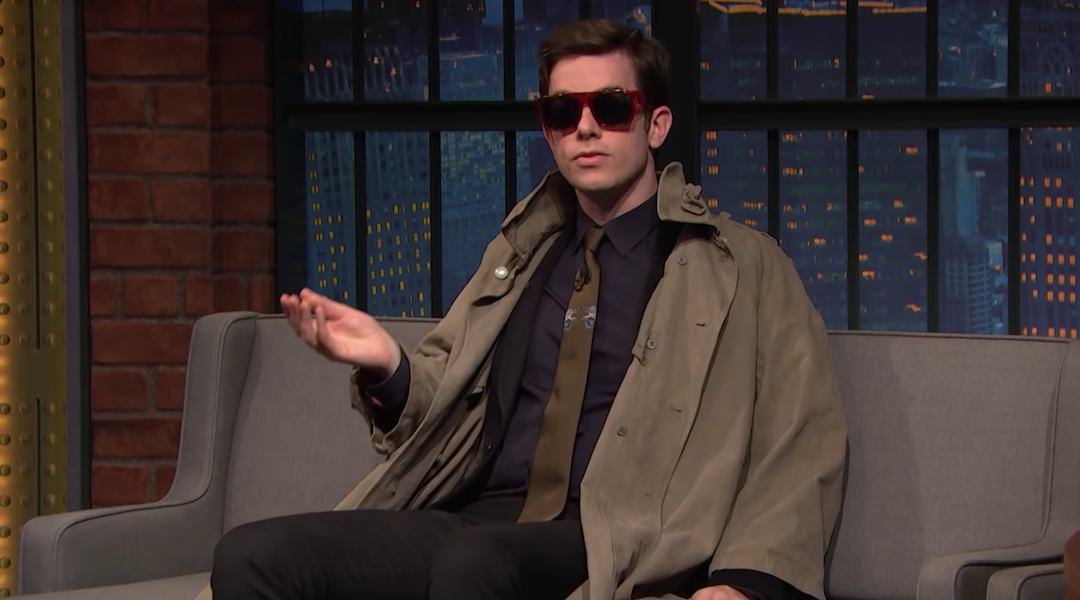 (JTA) — If you’re a fan of the comedian John Mulaney, you probably know he is not Jewish but has a Jewish wife, whom he loves to talk about.

So it might not surprise those fans that he got into a comedic conversation about dybbuks, or possessed souls mentioned in Jewish theology, on “Late Night with Seth Meyers” on Thursday night.

Meyers mentioned how some people are giving the ghosts of John McCain and John Lewis credit for helping Joe Biden win Arizona and Georgia in the presidential election, and he welcomed Mulaney, who he introduced as a “ghost enthusiast,” onto the stage. Meyers also played a news clip of Sen. Chris Coons mentioning that the late Ruth Bader Ginsburg is probably looking down and smiling at the election results.

That’s when Mulaney showed off his Jewish knowledge.

“You see in Judaism, there is no defined afterlife, so Ruth Bader Ghostburg would therefore have to be what we call a dybbuk, which is a much more dangerous spirit, who can possess a human being and can terrorize the living. I would keep an eye on people like Susie Essman and see if they have lace collars all of a sudden,” he said, mentioning the Jewish actress famous for her role on Larry David’s “Curb Your Enthusiasm.”

Mulaney didn’t stop there, theorizing that “another Jewish phantasm,” that of former New York City Mayor Ed Koch, played a prank on Rudy Giuliani, and made a reference to Sacha Baron Cohen’s “Borat 2.” The screen featured a chyron that said “Dead Koch Dybbuk.”