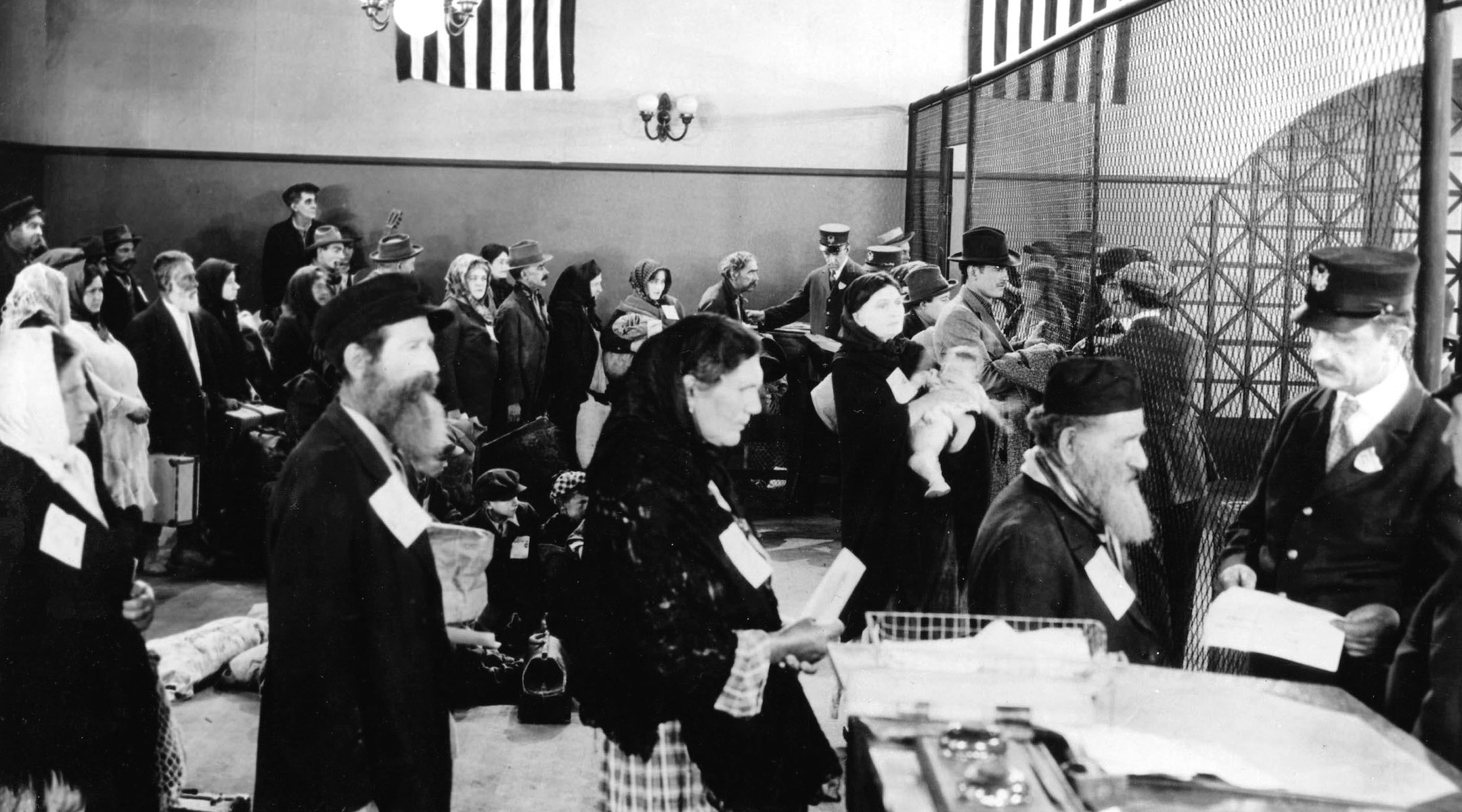 (JTA) — New Georgia Sen. Jon Ossoff already had one artifact from American Jewish history on display when he was sworn into the Senate: the book of scripture on which he took his oath of office.

But the 33-year-old said on Twitter Wednesday night that he had been carrying another item that reflected his American Jewish heritage — copies of the manifests from the ships that brought his great-grandparents to the United States from Eastern Europe.

A century later, their great grandson was elected to the U.S. Senate. pic.twitter.com/cjTNMMfYwP

Ossoff wrote that his great-grandfather Israel arrived in 1911 and his great-grandmother Annie came in 1913. On one side of the pages he posted to Twitter can be seen a name that looks like Israel Osshowsky, reflecting the fact that many immigrants who came to the country changed their names to easier-to-pronounce versions over time. (Not, genealogists have persuasively shown, by officials at Ellis Island, as family lore often holds.)

Ossoff leaned into his American Jewish story — one of being descended of immigrants who fled persecution as Jews in Eastern Europe — during his campaign. His arrival to the Senate, along with his fellow newly elected Georgia Democratic senator, Raphael Warnock, gives Democrats a majority there at a time when new President Joe Biden is seeking to transform the United States’ immigration policies to be more welcoming.